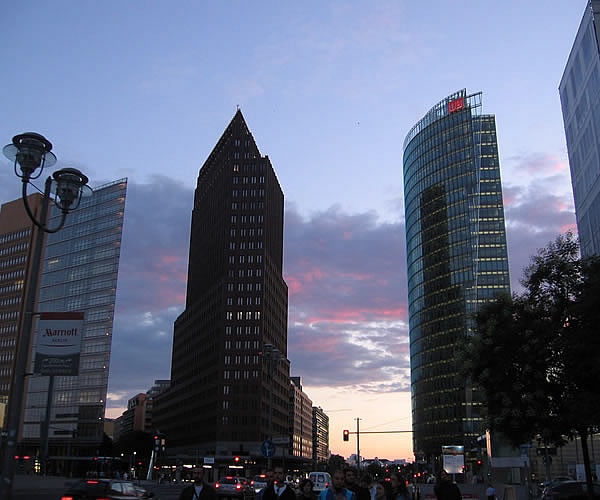 Membership in the state pension scheme is compulsory for all individuals who are not self-employed or who are undergoing vocational training. If your salary is being paid in Germany, and you are paying German taxes, then you must also pay the state pension contributions. An exception is made if you work for an international company and that company transfers you to Germany for less than 5 years as a "detached worker". Pension insurance provides you with protection against the risks of reduction in earnings capacity, old age and death.

State pension benefits are paid out on retirement. This begins at age 65-67 for both males and females. You must have contributed into the system for at least 5 years in order to qualify for benefits.

The benefits paid out are about 70 percent of the average net income you earned while working. The exact amount paid out depends on how much you put in and for how long. For example, if you worked from the age of 25 to 65 with an average yearly salary of 50,000 euro, your monthly pension benefits will be about 800 euro. To calculate your benefits, use this pension calculator.

Non-EU citizens can claim their German state pension contributions if they contribute in Germany for less than 5 years (60 monthly contributions). There is controversy about whether a British or EU citizen can get a refund. They can roll these funds into an approved pension fund.

The claim can only be made 2 years after leaving Europe. Only the employee contributions are refunded, not the employer's. An alternative to claiming the fund is to wait until you are 67 and then you will be paid your full pension.

To make the refund claim, access the V900 forms from BFA. There are two more supporting forms called "R851" and "A3490". These two forms are country specific. After 2 years, go to the German embassy you are leaving in and complete the A3490 form. The returned funds usually take 4 to 6 weeks to process. They should transfer the funds to a foreign country, or you can keep your German bank account open.

A bAV betriebliche Altersvorsorge is designed to supplement public pension plan. Arranged through your employment, government tax breaks and subsidies are available. Company plans are not compulsory, but about three-fifths of the working population invests in some form of company plan.

Different companies offer different plans. In general, pensions on company plans usually also commence at age 65, though this is likely in many cases to follow the Retirement Insurance practice and increase gradually to 67.

The government is encouraging the adoption of private pensions through tax breaks and subsidies. This is because there are planned cuts to the current state pension benefits. These can be arranged through your bank or at most insurance company. If the policy is in German, consult with a professional to insure you understand all terms. Different plans have different terms and fees so shop around to find the policy that suits you. There are two primary types of plans: Foerder-Rente and Ruerup-Rente.

This plan is named for Walter Riester, a former German Secretary of Labor. An important part of this plan includes government subsidies (bonuses).

To receive the government bonuses those enrolled in the plan must contribute a minimum payment (Sockelbeitrag) of 60 euro per year. To receive the maximum bonuses, at least 4 percent of annual income must be paid into the plan (Mindesbeitrag). A maximum of 2,100 euros per year (including the premiums and bonuses) can be saved.

The current government bonus is 154 euros if you are unmarried and 308 euros for married couples. There is an additional bonus of 185 euros for each child born before 2008 and 300 euros for every child born after 2008. An additional one-time bonus of 200 euros is paid to a new policyholder if under age 25 in the first year of the contract. All contributions (including the bonuses) qualify as a special expense for tax purposes and are tax deductible. (The maximum deduction is 2,100 euros per year.)

Also known as Basis-Rente, this plan was developed by Bernd Ruerup- a leading economist. It was developed for the self-employed, freelancers and high-income earners and has taxation and benefits attributes similar to the Public Retirement Insurance. However, unlike the Public Retirement Insurance, which is pay-as-you-go financing, the Ruerup-Rente works by capital cover.

Contributors to this plan do not receive any government bonuses. They do have greater flexibility and are allowed to deduct a considerable amount of their contributions from their taxes as special expenses. Additionally when revenues are collected they do not come under the flat tax rate.

The Ruerup-Rente pays a guaranteed life-long pension. This pension amount cannot be reduced even if a person may be collecting unemployment benefits. The amount invested is protected from any attachments or legal claims. The money in the plan normally may not be passed on or inherited after your death. The first pension payment may not be made before age 60. The amount of tax deductibility in 2011 is 72 percent. There is no lump sum option.

Do you have comments or personal information to communicate about this article? Add your comment.
Find links about at work / pension plans in Berlin and a lot more in The links of expatriation.
Find more definitions and general answers on expatriation issues in the Expat FAQ (Frequently Asked Questions).
Read more...


Go to the Forum to talk more about pension plans in Berlin, at work.
Search for members in Germany