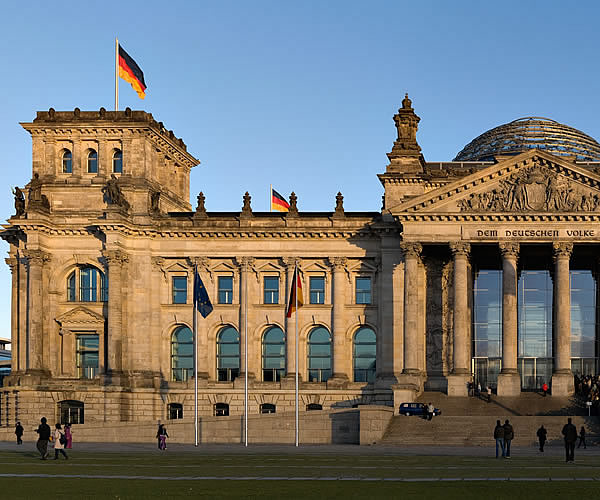 The number 112 can be dialled in most of Europe to reach emergency services. It can be called from any telephone (landline, pay phone or mobile cellular phone) for free. EasyExpat's FAQ on emergency numbers can help you find the emergency numbers around the world.

Germany is very safe and violent crime is rare. The health system and country infrastructure are extremely efficient. Berlin has more crime than the rest of the country, but it still rarely involves violence. Petty crime, such as pick-pocketing, is most common in tourist areas. Around Pariser Platz next to the Brandenburg Gate, Alexanderplatz and the Museuminsel there may be gypsy panhandlers who beg with their children. They may approach asking, "Do you speak English?" and tell a sad story. They are not dangerous, but persistent. Most are from the new EU countries such Romania and Poland, and really shouldn't be encouraged as they exploit their kids. Racially-motivated crime is also rare, but more common in the east or on the Eastern outskirts of Berlin. These include areas such as Lichtenberg, Hellersdorf, Marzahn, and Koepenick.

The police force can be trusted as Germans are generally very straight forward and not likely to be involved in corruption. Police are generally helpful to tourists. Most of the officers are able to speak English, so don't hesitate to approach.

Since the 1980s, there have been localized riots on Labour Day (May 1st) in Kreuzberg around Oranienstrasse/Mariannenplatz. The city is actively trying to turn this into a festival called "Myfest" with multiple live music venues in the neighborhood. There is a high police presence and things are generally very benign until nightfall. At this time, bottle throwing may begin and fights with the police. It is also important not to leave vehicles in the area as setting cars on fire is still common practice.

Prostitution is a legal in Germany. There is not a central red-light district or Sperrbezirk (restricted areas for prostitutes). There are some large brothels like Artemis. Most are spread out in apartments through out the whole city. Oranienburger Strasse in Mitte and Schoeneberg are the most common place to see prostitutes on the streets.

Do you have comments or personal information to communicate about this article? Add your comment.
Find links about public services / emergency services in Berlin and a lot more in The links of expatriation.
Find more definitions and general answers on expatriation issues in the Expat FAQ (Frequently Asked Questions).
Read more...


Go to the Forum to talk more about emergency services in Berlin, public services.
Search for members in Germany