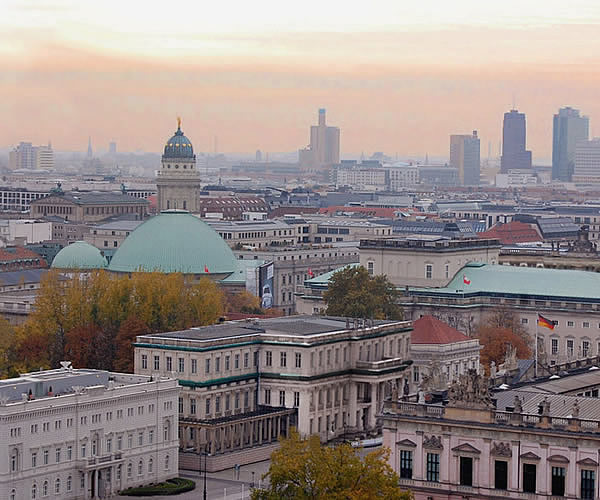 Germany is the largest national economy in Europe and the fourth-largest by nominal GDP in the world.

Germany is an advocate of closer European economic and political integration. Its commercial policies are increasingly determined by agreements among European Union (EU) members and by EU legislation. It's monetary policy is set by the European Central Bank. Two decades after German reunification, standards of living and per capita incomes remain significantly higher in the states of the former West Germany than in the former East. The modernization and integration of the eastern German economy is a long-term process scheduled to last until the year 2019.

Since industrialization, Germany has been a driving force in the globalized economy. It is a major player in exports with over a trillion in exports per year. This makes up for more than one-third of national output. Most products are in engineering, especially in automobiles, machinery, metals, and chemical goods. Germany is also the leading producer of wind turbines and solar power technology in the world. The service sector contributes around 70 percent of the total GDP.

However, Germany is relatively poor in raw materials. Only lignite (burned to produce electricity) and potash salt are available in economically significant quantities. Oil, natural gas and other resources are imported from other countries. Germany imports about two thirds of its energy.

The largest annual international trade fairs and congresses are held in several German cities such as Hanover, Frankfurt, and Berlin.

The economy of Berlin was once a major manufacturing center and the economic and financial hub of Germany. It is located at a point where trade routes crossed the River Spree and quickly became a commercial center. During the early modern period, the city prospered from its role as Prussian capital by manufacturing luxury goods for the Prussian court and supplies for the Prussian military. The Cold War permanently changed the landscape and after re-unification the city has relied increasingly on economic activity in the service sectors. Berlin has been called the "Capital of poverty", as the city still has one of the lowest per capita incomes of all metropolitan regions in Germany and a record accumulated state debt. There are also the highest amount of people living on welfare benefits. The government has made significant improvements and recently reported it's first surplus.

Berlin is quite unique in that one of the most important "products" is research. That research is exported around the world. German labor is highly efficient, but at a high cost. Strong trade unions have kept labor costs high, for those who can secure a position. Berlin is also a world leader in the sector of electrical equipment manufacturing. Fast-growing sectors are: communications, life sciences, mobility and services with information and communication technologies, media and music, advertising and design, biotechnology and environmental services, transportation and medical engineering. The fastest growing industry is tourism. There are over 6,000 hotels, 90,000 beds, with an estimated 8 million hotel guests. Berlin is the third most visited city destination in the European Union.

Do you have comments or personal information to communicate about this article? Add your comment.
Find links about overview / economy of Berlin and a lot more in The links of expatriation.
Find more definitions and general answers on expatriation issues in the Expat FAQ (Frequently Asked Questions).
Read more...


Go to the Forum to talk more about economy of Berlin, overview.
Search for members in Germany