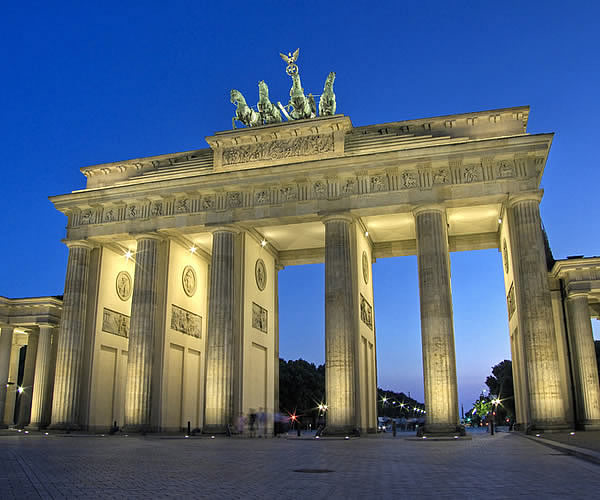 Sport and Activities in Berlin

Germany is a country that believes physical fitness is a personal responsibility, despite the many sausages and beers. Sporting events, gyms, and sports activities abound.

The most popular sport in Germany and in Berlin is football. It is played all over the city with several local teams to support.
Hertha BSC Berlin - The city's highest professional football team traditionally hails from the West and plays at the awe-inspiring Olympic Stadium. usually in the erste Bundesliga (first devision), the team was relegated to second division after a disastrous 2009/2010 season. Luckily, they came back in the next season on top and will be re-joining the erste Bundesliga.
FC Union Berlin - The city's "Eastern" team brings out an even more fervent fan base, despite the team's usually lower ranking than Hertha. Union usually competes in the zweite and dritte bundesliga (second & third division). Their stadium is located in the east, Stadion An der Alten Foersterei.

Eisbaeren - The team competes in the Deutsche Eishockey Liga (DEL), the highest level of play in professional German ice hockey. The team is one of the league's founding members and a five time champion in 2005, 2006, 2008, 2009 and 2011. They play at the O2 Arena.

Alba Berlin - Known as The Albatross, they are consistently the best basketball team in Germany, and one of the best in Europe. Fans are extremely dedicated and their games are fun-filled. they play at the O2 Arena.

Fuechse Berlin - Handball has become more popular in the city and in 2007 they secured the championships in the Zweite Handball-Bundeliga, the second highest German league. After their win, they have moved to the first league and continue to be successful. They play at Max-Schmeling-Halle, Berlin's second largest indoor sports hall.

Berlin Adler (Eagles) - After the closing of NFL Europe and the related end of Berlin Thunder, the Alder have become Berlin´s No. 1 team playing in German Football League.

Practically every tiny neighborhood has several playgrounds/parks with facilities to play football. Often there are basketball courts or other activities available as well.

Swimming pools can be found around the city. The city offers a complete listing. There are also some popular lakes to swim in. Weissensee is called Berlin's "bath tub". The Strandbad Wannsee is the most famous bathing area for locals. Take the S-Bahn lines S1 or S7 to the station Nikolassee. Mueggelsee in the south east of Berlin is also a popular swimming spot. There is also an outdoor pool, Badeschiff, open in summer that is located directly in the Spree. It is both a popular swim spot and club.

Running is popular and there are many lovely places to run. The city offers a plethora of resources for those running-inclined.

Sailing can be enjoyed on any of the many lakes. You can find sailing clubs and most universities have ships as well.

Golf clubs are all around Berlin. Here is a listing of clubs.

Fitness is important to most Germans and there are many gyms and athletic facilities. For some expats, facilities appear only basically equipped with minimal service. Shop around to find the facility that works for you.

Also note that the German love for rules and regulations are not absent here. You usually have to sign binding contracts for either 6, 12, or 24-month periods on top of a one-off membership fee. Limited contracts do exist, but expect to pay much more.

Healthland
Behrenstr. 48, 10117 Berlin - Mitte
Tel: 20 63 53 00
Flagship studio in Mitte, this is an enormous building of approx. 2,500 square meters. Star quality as Pop-star Janet Jackson was seen working out here and other stars of the German screen.

Swiss Training
Immanuelkirchstr. 14, 10405 Berlin - Prenzlauer Berg
Tel: 443 58 344
Swiss Training has five locations in Berlin, including one in the Salzufer 13 not far from the Technical University. Full schedule of aerobics classes (up to eight sessions a day) and they don´t require a fee to join. Very inexpensive monthly programs.

Fit Sportstudio
Richard-Wagner-Platz 5, 10585 Berlin - Charlottenburg
Tel: 342 65 02
There are 4 locations throughout the city. It is convenient, but has older machines that are well-maintained. The staff is friendly, speak German and English. One of the most affordable facility in Berlin, and the best all-round value. Highly recommended.

The city also offers a comprehensive listing of gyms.

Besides having hosted various prestigious athletic events from the Olympics to stages of the World Cup, Berlin always has a sporting event going on. The city's sports calendar keeps residents well informed of current events.

The Berlin Marathon is a leg of the World Marathon Majors series. The race draws over 40,000 competitors from over 100 countries with over one million enthusiastic spectators along the route. Begun in 1974, the event traditionally takes place on the last weekend in September. It starts and ends near the Brandenburg Gate and crosses through Charlottenburg, the Tiergarten, Mitte, Friedrichshain, Kreuzberg, Neukolln, Schoeneberg, Steglitz, Zehlendorf, and then north to the center. The course is known for being flat and even with mild temperatures. The most marathon world records for men and women have been set at the Berlin course. Because of the division of city, the marathon was limited to West Berlin before 1990. The race on September 30th, 1990 was the first time athletes were able to cross the Brandenburg Gate of a united city. Many of the runners ran through the gate with tears of joy.

Do you have comments or personal information to communicate about this article? Add your comment.
Find links about entertainment / sport and activities in Berlin and a lot more in The links of expatriation.
Find more definitions and general answers on expatriation issues in the Expat FAQ (Frequently Asked Questions).
Read more...


Go to the Forum to talk more about sport and activities in Berlin, entertainment.
Search for members in Germany