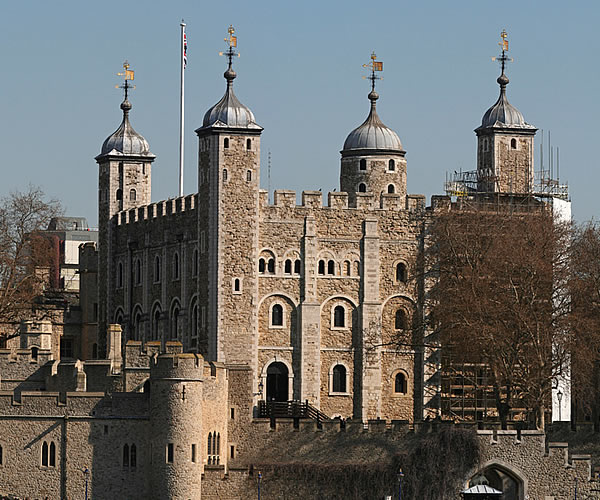 The English education system has an excellent reputation with students from the UK and around the world attending school here. The system is overseen by the Department for Education and the Department for Business - Innovation and Skills. Local authorities (LAs) are responsible for implementing policy for public education and state schools at a regional level.

Education is mandatory from ages 5 to 16 (to be raised to 18 in 2013 for 16-year-olds and 2015 for 17-year-olds). Students may then continue their secondary studies for two years (sixth form), with most students taking A-level qualifications. Other qualifications and courses include Business and Technology Education Council (BTEC) qualifications, the International Baccalaureate (IB) and the Cambridge Pre-U.

A the end of the compulsory period at 16, all students pass the GCSE (General Certificate of Secondary Education) exam. If it's successful it's then possible to attend a 2 year preparation in a College or a Sixth Form Centre (in State schools or Public schools) to pass the A-Levels. Pupils choose usually 3 subjects to pass for their exam and get a notation with the highest grade being A.

About 90% of the English pupils are in State schools. But be careful: they can be very good or a disaster! You better double check the quality of the schools you are about to choose. Performance of the school to the GCSE and A-levels exams for example may be helpful (http://www.schoolsnet.com).

The education system is divided into:

From 0 to 3, Children can attend nursery schools. They are private schools and can be very expensive in London, in average (depending on location) from £50/day to £120/day. Once you have booked specific days per week (from 1 to 5) it is not possible to change them (you may be able to swap days on specific occasion with a fee) and it is expected that you will pay the nursery 12 months a year (even when your child is on holiday or sick). You can stop the nursery with a 1 to 3 months notice. Time for nursery may vary, usually 8am to 6.30pm (some of them only open from 9am to 3:15pm).

All providers are regulated, inspected and reports are available on the Office for Standards in
Education (Ofsted) website www.ofsted.gov.uk/reports

Children aged 3 to 4 are entitled to a free nursery school (the pre-school grant is paid by the Council and may be worth ~£2300/year). Formal primary education begins in the year they turn 5. The school year begins on 1 September (or 1 August if a term starts in August).

State primary schools are free, but their admission is usually subject to a catchment area (this process resulting into the usual question: "Where in London should you move for the best state primary schools?"), which can be very small for popular schools with best results to Ofsted inspection (sometime only a few hundred meters). All maintained schools in England are required to follow the National Curriculum, which is made up of twelve subjects. The core subjects of English, Mathematics and Science are compulsory for all students aged 5 to 16.

Pupils progress from primary to secondary levels at age 11. A few areas have three-tier education systems with an intermediate middle level from age 9 to 13.

The Sixth Form (sometimes referred to as Key Stage 5) describes the years 12 and 13 of the schooling system. This the final (optional) two years of secondary education, where students, usually sixteen to eighteen years of age, prepare for their A-level (or equivalent) examinations.

Private Schools can offer an elevated environment of learning for some students. Other schools offer a specialty focus that may be worth paying extra for. It is important to visit a school to determine the best fit for you and your child. Most private schools have open days for prospective parents, but it is wise to ask to make an appointment to visit on a normal working day. Questions you may want to ask:

Fees range from school to school so make sure to compare. There are occasional grants and scholarships for worthy students, but they are competitive. Ask at the school for opportunities.

Extra activities like instrumental instruction, school uniforms, or school trips may require additional fees. Many private schools have their own second-hand shops selling uniforms and other supplies.

The world models boarding schools on the classic British boarding school. There is usually a dormitory, the refectory, and the study hall. Boarding schools may be all-boarding or flexible boarding, or offer weekly boarding. This allows students the opportunity to return home on weekends or only stay at the school occasionally. Boarding schools were declining during the 1990's, but have received a small revival which may be due to the "Harry Potter" effect.

The IB program is offered by a number of private schools. It is taught under the supervision of the International Baccalaureate Organisation. All students study languages, social science, experimental science, mathematics and arts.

Many elite universities are in England. British universities are known for their illustrious history and research output. Students normally enter university at age 18 and a bachelor's degree is usually awarded after four years of study.

London's scholarly reputation is not without merit. The city has a distinguished literary tradition and many fine libraries.

The London Library - The London Library is the UK's leading literary institution and the world's largest independent lending library. It offers more than one million books with a collection spanning works from the 16th century to the latest publications. Membership is open to everyone on payment of an annual subscription.

Other libraries can be found on the City of London's Libraries. The site includes locations, a mobile app, and free audiobook downloads.

The Country Life Future Schools Fair
I work in Education and know how confusing both UK and international parents can find the system. Country Life Future Schools Fair is an event in London on July 16th which is bringing together 50 top schools as well as hosting a packed seminar table on topics that matter to your children's education. Tickets are free and can be found here: https://www.eventbrite.co.uk/e/country-life-future-schools-fair-london...

London School Maze will explain the differences in state and private schools, how private schools select children and you'll also find useful area guides to help you decide where to move.

Performing Arts Schools in London: have a go!
For more cultural and educational enrichment there is the Brit School, THE - free - school for the arty ones - drama, musical drama, music, dance, media, art and design teaching as well as the academic subjects with: an English school as they should all be in London! The pupils wear their own clothes, you can hear them rehearsing at break times in the hall,- its got the best of the 80's series Fame but for real!! - alright, maybe I am abit over the top here.
I am starting teaching french there this academic year and I have already met some francophone students there during the end of year festival. I wish French students become more aware of performing arts schools as a great opportunity to take the best out of the English educational system.
See! Thats what we call a cool English school!! Check out for the pupils' performances dates on the school website...
For more info about the Brit School: http://www.brit.croydon.sch.uk
Do you have comments or personal information to communicate about this article? Add your comment.
Find links about education / school system in London and a lot more in The links of expatriation.
Find more definitions and general answers on expatriation issues in the Expat FAQ (Frequently Asked Questions).
Read more...


Go to the Forum to talk more about school system in London, education.
Search for members in the United Kingdom