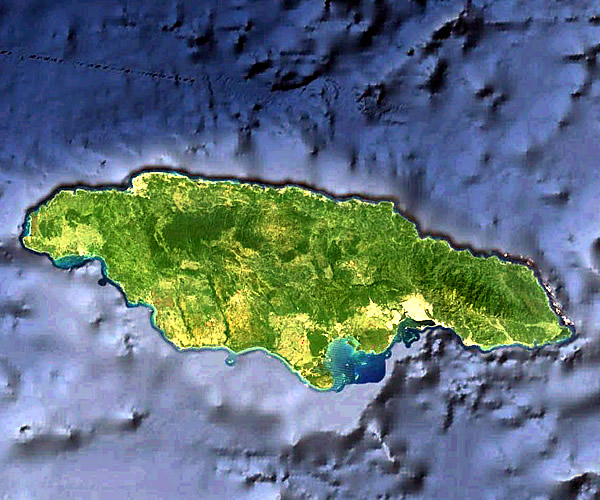 The size of the economy (GDP) was USD6.6 billion in 2014 (BOJ data). This is equivalent to a per capita income of USD2,451. The bulk of the output is from commodities (i.e., Bauxite & Mining and Agriculture) and Tourism, or the so called Traditional Sectors. These sectors contributed more than two-fifths of the GDP value added and to export earnings. Except for the expansion in Services and decline in Manufacturing, the structure of the economy remained essentially the same for more than a generation.

The size of the economy expanded at a rate of 0.5% per annum in the past 12 years. The growth impetus was largely through Services and Agriculture. Remittance inflows have grown, increasing from USD1.2 to USD2.0BN between 2002 and 2014.

Jamaica trades around USD 1,748 million annually or some 26% of GDP with the world. This trade is mostly imports, driven by the demand for fuel and petroleum products. The main exports are in commodities and tourism services. USA, Canada and Trinidad & Tobago are the main trade partners, accounting for over 40% of Jamaica's trade flows - in both directions. The inflows of remittances helped to improve the overall Balance of Payments.

Jamaica turned to debt over the years to finance fiscal deficits. A lot of this debt is from domestic vis-à-vis external creditors. The policy push is to unblock structural impediments to growth by cutting and containing the debt to GDP ratio to fewer than 100%. Jamaica is in an IMF program to support this goal.

A little over a quarter (28%) of the 1.3 MN labour force of Jamaica is from Kingston and St Andrew. This is just about the same for the proportion (29%) of the employed labour force from those parishes. Most of the employment in the KMA is in trading, one of the key drivers of the national economy.

The major shopping centres in KMA are in places such as Half Way Tree, Liguanea, Cross Roads and Downtown Kingston. Shopping in Half Way Tree is a priority for the fashionistas, while Downtown Kingston is a regular stop for bargain hunters, farm produce and household supplies. In KMA, there is a strong representation of Chinese and Indian ethnic groups as traders, particularly for household wares, grocery supplies, household appliances and jewellery.

The strong representation of the distribution sector in the economy of KMA is aligned with strategic assets and features of the city, including the seventh largest natural harbour in the world, the logistics hub for Jamaica and parts of the Caribbean, close proximity to Miami, and positioning of the city as a gateway to the Americas.

Large sections of the city show signs of urban blight and disinvestment. This is particularly so in Downtown Kingston and the industrial belt along Marcus Garvey Drive in the vicinity of the major ports. This reflects the decline in the Manufacturing Sector as one of the growth engines of the economy, the shift to New Kingston as the corporate headquarters for several top businesses, and the impact of globalization in displacing local industry and commerce.

The Government runs programs aimed at redeveloping Downtown Kingston and restoring its pride of place in the country's economic profile. These programs include tax breaks and relocating Government Offices downtown.

Do you have comments or personal information to communicate about this article? Add your comment.
Find links about overview / economy of Kingston and a lot more in The links of expatriation.
Find more definitions and general answers on expatriation issues in the Expat FAQ (Frequently Asked Questions).
Read more...


Go to the Forum to talk more about economy of Kingston, overview.
Search for members in Jamaica