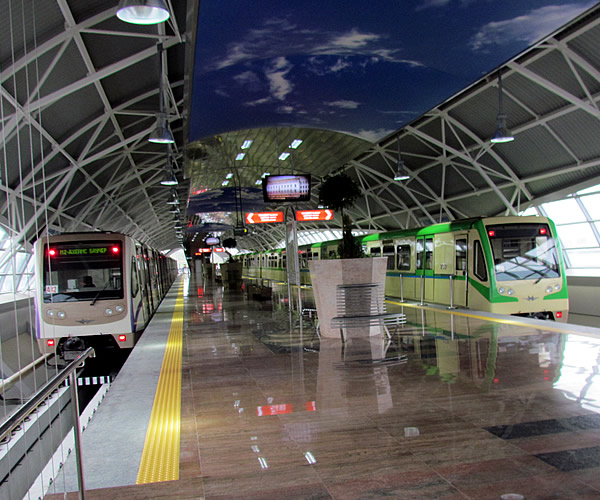 Cost of Living in Sofia

The cost of living in Bulgaria is relatively affordable. The average consumer prices in Bulgaria are comparable to other Balkan countries.

The capital of Sofia is more expensive compared to smaller towns and rural areas in Bulgaria, especially when it comes to rent and services. However, the price of goods is still fairly affordable.

ATM and Credit Cards in Bulgaria

ATMs and bank cards are used and accepted all over Bulgaria. When withdrawing cash from an ATM it is smart to do so in a well-lit area and one that is attached to a bank. Be sure to check with your bank about ATM charges when abroad.

Most hotels, restaurants, supermarkets, and shops accept Visa, MasterCard, and Maestro debit card (AmEX is not usually accepted). There are no additional charges when paying with a credit card and no minimum amount of purchase required. Some places in Bulgaria only accept cash, so be sure to have some on hand or know where the nearest ATM is located.

You can open a bank account in Bulgaria whether you're a resident or a non-resident. It's advisable to check which banks have branches nearby and if they speak your language.

To open an account in Bulgaria, all you need is your passport and evidence of your address in Bulgaria. You must make an opening deposit of at least a few lev or euros.

Most banks offer the choice between a lev account and a euro account – or you can open an account of each. If you plan to transfer money using a foreign exchange dealer you will need a lev account. Euro accounts are often used for paying larger sums.

Bulgarian banks commonly charge for withdrawing money, so shop around for the lowest fees.

The biggest banks working with private customers in Bulgaria:

An alternative for exchanging currency is simply withdrawing money from an ATM or using a multiple currency ATM.

The banks in Bulgaria offer a wide range of services electronically - both online and via mobile - often making it unnecessary to visit a bank branch in person once the bank account has been open. As a rule, while electronic services are largely low cost or free of charge, performing the same operations in a bank branch costs significantly more.

Do you have comments or personal information to communicate about this article? Add your comment.
Find links about practical life / bank services in Sofia and a lot more in The links of expatriation.
Find more definitions and general answers on expatriation issues in the Expat FAQ (Frequently Asked Questions).
Read more...


Go to the Forum to talk more about bank services in Sofia, practical life.
Search for members in Bulgaria