Immigrants and Expats Are More Alike Than Different 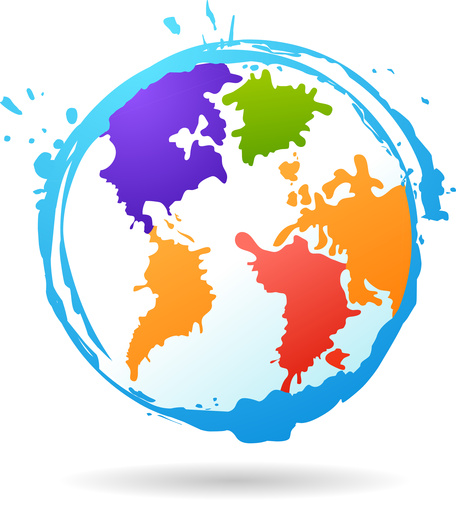 How often do you meet Mexican expats in the US, or Moroccan expats in France? How often do you meet American immigrants in Mexico? This is a blog about expats, so what do immigrants have to do with anything? While we don’t use the word “expat” and “immigrant” interchangeably, there are lot of similarities: Both refer to a person who is living outside of his or her native country on a long-term basis.

There is, in fact, a difference in original meaning between the words “expatriate” and “immigrant.” According to dictionary.com, “expatriate” means “a resident in a foreign country,” or “exiled or banished from one’s native country.”

On the same site, “immigrant” is defined as “a person who migrates to another country, usually for permanent residence”.

In everyday usage, the more correct definition of “expat” is: “A person from a rich country who is living outside of his or her native country”.

Likewise, an immigrant is, “a person from a poor country who is living outside of his or her native country.”

I wanted to write this post because of the clear socio-economic connotations of each of the terms, and because I want expats to realize that they are not better than immigrants. It’s hypocritical to live as an expat and be against immigration to one’s native country, although I’ve had plenty of conversations over the years with expats who didn’t seem to understand that.

A quick google search for “Chinese expats,” does pull up references to Chinese nationals who live abroad: It’s Chinese Expats UK, which bills itself as “You’re best access to high calibre Chinese professionals and graduates in the UK”.

Presumably that means that a Chinese national in the UK who is a computer scientist and works at Google is an expat. Those Chinese nationals who open a convenience store or work janitorial jobs? Immigrants. Immigrants use social services, expats live more comfortably than the local community.

The reality is, as always, more complex. When I was a student in France, I used the French health care as well as rent assistance that was available to students, no matter where they came from. When I taught English in Spain, I was more like a migrant laborer than most English teachers would care to own up to: I didn’t have permission to work legally and was paid under the table, in cash. I had little trouble getting work because there was a huge demand for the service that I provided (not so unlike migrant farmworkers, who don’t have trouble finding work picking berries during the harvest season)!

Yet I doubt anyone would have referred to me as an “immigrant.” Certainly no one calls English teachers “guest workers” or “migrant laborers,” even though their legal status is often questionable, and even when they do have working papers, they are often through  restrictive and temporary.

Even immigration authorities in Spain had obvious deference to my American passport - once, after a long, hellish flight I forgot to complete the immigration form to re-enter Spain. When I got to passport control, I realized my mistake and asked for a blank form. The immigration officer told me not to bother and waved me through, without even stamping my passport.

As we travel around the world, we should think about the language we use when talking about foreigners - including ourselves. I’m advocating for change, just for awareness: as world citizens, we should be conscious of what we’re saying and the connotations of the words we use. In conversations about living abroad, I think it’s interesting to include people who live abroad for all different reasons - including those who move to a new country for better economic prospects, for themselves or their children.

A lot of Westerners in China are there for economic reasons, and they are probably earning more than the average Chinese person, but they are also making more than they would have at home. There is nothing wrong with that. As long as those “expats” don’t turn around and trash-talk about “immigrants” who come to their home country for economic reasons.

Emily Liedel is a polyglot, journalist, foodie and recovering expat. She writes about language learning and living abroad on The Babel Times (www.thebabeltimes.com). When she’s not abroad, she lives in Portland, Oregon and plots her next escape.