From the Philippines to Canada: Lost In The Leaf City 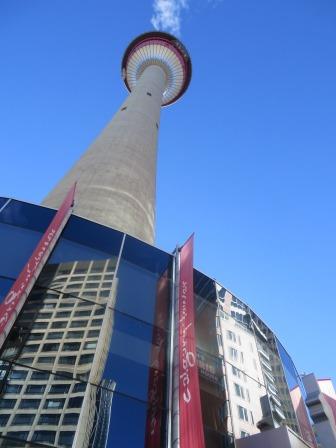 My name is Carolyn. It is a name my mother thought of when she was filled with awe longing for Christmas, a season halfway of the year I was named, officially. That’s the story I would like to believe, yet to be confirmed. I am from the tropical country of Philippines where I spent my almost entire existence including the grueling period of deciding whether I want to go overseas with Canada as the prime prospect.

1. Why did you move abroad?
Often people travel right after college before immersing themselves to the real world. I did the latter. Over the years the thought of leaving overseas and going back to college linger in my mind.

These dreams must turn into reality. I have planned to leave in the targeted year. And so I did--although I was a year behind the schedule. In 2011, I left my homeland knowing it will take a while to see my family and everything I left behind again to pursue my passion of learning and to marvel the wonders of the world. I’m determined (for now) to do the former and jump to every opportunity to do the latter. (I’m way too old, unfit to wallow in the so called college-to-life transition.)

2. How do you make a living?
While in the Philippines, I was busy applying and gathering all the requirements for the Live-in Caregiver Program of the Canadian government. Once I came in Canada, I immediately started working as a nanny, a job entirely different from an office job. No commuting (and sleeping in the bus) for hours. No annoying coworkers. No worrying of what to wear.

There’s just silence—till the little girl I am looking after decides to recruit me in role playing, a favorite pastime for a budding mind. I get to play the part of almost anything—except the director. The little critter always has the upper hand. This is the typical day of a crowd, first as actors then as audience cheering ourselves as the big bad hungry wolf or the clever builder pig.

3. How often do you communicate with home and how?
It’s the first time I’ve been away from home—for an indefinite period. Skype helps me to deal with nostalgia for free. Every week in my first year, I would have a video conference with my family. Anyone in my family who is available has the chance to see me. I have the notion of turning into a celebrity only known to exclusive group; they would have to stop whatever they are doing or miss the rare opportunity.

The next year, they (and me) were off the hook of the obligatory Skype rendezvous. But that doesn’t mean I forget about them. It would be best for us to move forward: I have to adapt in the Canadian culture; my family has to get used to the absence of a family member dreaming of a globetrotter life.

4. What's your favorite thing about being an expat in Calgary?
With my camera and knickknack-filled backpack, I roam the city like a tourist taking photos in every angle of just about anything—from towering buildings and statues to concealing flowers and critters. I feel like a tourist having vacation for a week or so. Nothing stands in my way. Not even the subjects that I photographed several times in different seasons, except in winter. (Even the LCD of my smartphone has delayed reaction when exposed to chilly wind.)

5. What’s the worst thing about being an expat in Calgary?
The road never runs out of vehicles. That was back home. Not even the hard pouring rain can stop passengers wanting to reach wherever they please. Because frequency (a fast one) is impossible in Calgary, patience started to develop. (Arrival varies in different season. In summer 30 minutes is the waiting time.)

I learn to use my time wisely while waiting for the bus or the C-Train which I would never do in my homeland—reading in public. I have read books or e-books in every gizmo. At first the transportation caused inconvenience but thanks to my rekindled habit I surpassed my 2013 Reading Challenge on Goodreads. It’s the first time in history that I’ve read many books in a year.

6. What do you miss most?
Without a doubt, I miss my family. I also miss wondering how mismatched stuff fits perfectly into the room I shared with my sister. I miss the ever-present cold breeze kindly blown out by the older-than-me trees surrounding our home. I miss the TV that puts up with me. (I am the sole audience wide awake beyond witching hour.) And with only 5 hours of sleep, I would be waken by the commanding howl of my dog eager to walk and expel unwanted load.

7. What did you do to meet people and integrate in your new home?
Since turning into a domesticated creature, I knew I’m bound to spend weekend outside. At first, I wander into malls. Then I discovered how impulsive consumer I am that I turn into nature. It became a habit to visit parks and lakes on which I find peace and my wallet and cards are spared. For socialization I needed help.

I’m fortunate to have friends that helped in developing my social integration. They took me to organizations involve in assisting immigrant/newcomer adapts in the Canadian culture. I forced myself to attend ESL classes and writing workshop on which I met people with different backgrounds. Not only that I improved my communication skill but also broadened my knowledge of world culture.

8. What custom/ habits do you find most strange about your adopted culture?
Not as much as I used to, still straightforward remarks startle me every time I hear such exchange of thoughts often in public transit. Such skill of honesty without offending others is what I have to learn. Speak your mind as the saying goes especially if it would benefit others the most—like giving compliment—and really mean it. I secretly smile to witness how words can brighten up the faces of people.

9. What is a myth about your adopted country?
I knew nothing about Canadian myth except for a concocted myth I served to myself. I needlessly worry myself in developing my communication skill. Back home, I converse with my native language and write often in English. When required by circumstances and authority--my teacher or interviewer--I shift in "English mode" much like using Google Translate. The friendliness of Canadians has tamed my language anxiety. Calgarians are approachable and patient that it’s easy to start a conversation. (They usually have the initiative. As for me, I do have the courage—when asking for the right direction after several failed attempts.)

10. Is the cost of living higher or lower than the last country you lived in and how has that made a difference in your life?
The cost of living in Canada is considerably high than my homeland.  A hot, savoury cup of coffee can buy a decent meal for a day. This reality taught me to embrace frugality—sensible spending. If it’s a worthwhile investment for me and for others, I do not think too much or fret. For a while I have a currency conversion inside my head that sometimes I felt guilty of buying. But I changed. I buy if it is a necessity and rush if it’s on sale.

11. What advice would you give other expats?
You get to decide what to take with you. You can leave your old self behind. Take with you the things that matter—even if others cannot see the value or find it unreasonable. (I took my favorite book with me because no one wants to read it not even my bookish sibling.) But don't ever leave respect. To yourself. To your culture. And the diverse culture of people you'll meet in the journey of life.

Nostalgia will sneak in to your longing heart sometimes. If it happens, ask yourself: “If I didn’t leave, I wouldn’t achieve or meet _______.” Think of the good and even the bad experiences. Both make an expat life colorful.

12. When and why did you start your blog?
I wanted to start blogging as soon as I arrived but working in a different career and adapting to a whole new world made it too hard to squeeze and easy to dismiss the idea of blogging—only for a year.

Before moving to Canada, I’ve written posts for two blogs—one is personal, the other is about 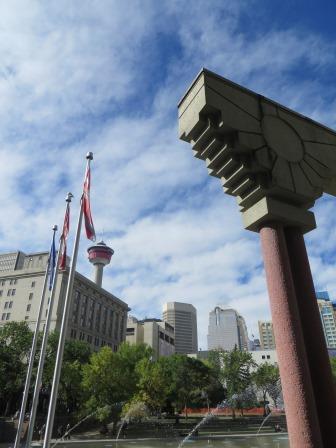 my four-legged pals. Why stop when I have all the more reasons to keep on blogging: great second home, new hobbies, everyday lessons, and secret blunders. All are waiting to find their place in the Internet, except the last one.

I hope readers can get the most out of my Canadian adventures. I’m glad the itch of blogging didn’t left me. I am able to meet fellow travelers in different countries. Different places and experiences with one outcome—a better person than yesterday.