From Britain to Shanghai to Hong Kong to Luxembourg: A Bit of Lux 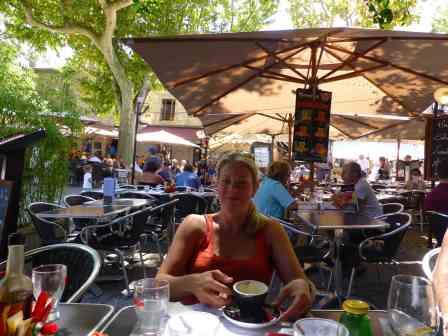 Hi, I’m Sam and I’m a British expatriate living in Luxembourg since August 2012. I am married with two boys and we previously lived in Shanghai for two years and Hong Kong for five years. I write a personal blog www.abitoflux.com.

1. Why did you move abroad?
My boyfriend’s job took us to China (he’s now my husband).

2. How do you make a living?
I now work as a freelance writer, that’s really come about because I started the blog and it gave me the courage to pursue that after a break not working for many, many years while being a ‘trailing spouse’ and having children.

3. How often do you communicate with home and how?
Constantly! I work from home and as a Mum of two young boys, it’s our ‘base of operations’.

4. What's your favorite thing about being an expat in Luxembourg?
It’s a gorgeous little country; neat, clean, green, safe and very family oriented and is well placed for forays into neighboring countries.

5. What’s the worst thing about being an expat in Luxembourg?
It’s quite an expensive place to live I suppose. It was less of a shock to us coming from Hong Kong because food shopping was more expensive there (yes really!) as were property prices. But because there is a lack of competitiveness here in Luxembourg in many markets, that makes certain goods and services far more expensive than they ‘should’ be. It can be a shock for some. But the level of state provision for families, education and public services more than make up for this, particularly the healthcare system. It’s like having a private healthcare system at public sector prices. And everywhere is incredibly well maintained and clean.

6. What do you miss most?
About Hong Kong and UK? Honestly, not too much that I really can’t live without; friends and family obviously. Most of what I miss tends to be food related for some reason! I miss really authentic – and properly spicy - Asian food, that isn’t overpriced, as it is here. I also wish there were more hip, child-friendly restaurants that also don’t cost the earth. I suppose no matter where I live I’ll always miss the UK high street for its variety and more affordable, fashion forward range of shops, and London for all the creative, indie stores. It’s not as though Luxembourg doesn’t have them of course, just I’d like to see more!

7. What did you do to meet people and integrate in your new home?
Well having kids helps lots because you meet parents that way. We’ve recently moved my eldest, who is six, from a private international school to our local Luxembourgish state school and my youngest has just started half days at preschool there. They love it! I have found there is a real international mix of children, and all the parents I’ve met have been really open and welcoming. I’m so happy we made the decision to do that.

My blog has helped a little too – I’ve met people via them contacting me. You have to just strike up conversations. I am quite a chatty person too, but strangely I’m not a big ‘social animal’ so I tend to stick to a very small group of people. I find it exhausting enough juggling a home, two young kids and a busy schedule. I guess it’s because it was quite an intense expat environment where we lived in in Hong Kong, so I was happy to take it easy here and take the integration thing slowly. I think you can get quite stressed if you overextend yourself too early in the quest to make friends. The women I have met here have all be genuinely nice and incredibly supportive and friendly though. I know women who work full time, those who are the main breadwinners and those who are Stay-at-Home Mums, there’s such a mix.

8. What custom/ habits do you find most strange about your adopted culture?
Not being allowed to mow your lawn on a Sunday. That’s ridiculous. But honestly I love living here and think it’s a wonderful little country. It ticks so many boxes. When you’ve lived in mainland China there is very little that can ever register very highly on your ‘strange-o-meter’ ever again.

9. What is a myth about your adopted country?
That it’s boring. I think that stems from the fact it has such a low population density so it’s pretty quiet. Outside of Lux City, you just don’t get that bustle-y vibe on high streets that you may be used to from your hometown, which for me, coming from a horrendously overpopulated and polluted environment was, and is bliss.

I can see how this can be something of a culture shock, however, if you come expecting an edgier Parisien, or UK style street culture. But it’s pretty clear to me that there is a lively bar scene down in Clausen and the Grund, and lots of restaurants, so it’s kind of there if you want it. Actually it’s a great place for families. The system is really geared up to support them and there are lots of playground and plenty to do with kids, and of course, you have Europe on your doorstep, so for us, it’s not boring at all.

10. Is the cost of living higher or lower than the last country you lived in and how has that made a difference in your life?
Hmm, that’s a tricky one. It’s what we call ‘swings and roundabouts’ in the UK, meaning some things are more expensive (certain products and services rendered) than Hong Kong, but surprisingly, as aforementioned, food shopping and property prices were eye wateringly more expensive in Hong Kong, so that makes Luxembourg the winner – though it’s probably still pricier than what many are used to. Public transport is well run, and well priced in both countries, however.

It’s hard for us to compare the UK – our home country – because we haven’t lived there in almost a decade, certainly when we visit we think it’s horrendously expensive! Petrol prices in Luxembourg are some of the cheapest to be found in Europe, however. I think probably those coming from North America, outside of the NYC metro area, are going to have the biggest shock, price wise.

11. What advice would you give other expats?
In terms of integration, you have to push yourself a little if you want to build a social network. Join the British Ladies Club, or the American Women’s Club, strike up conversations at the water cooler, at the school gates or in playrooms if you have kids, attend social events, take up a class. Most areas where expats land in tend to have a very international flavor, so you will probably be pleasantly surprised at the amount of English speaking folks in your neighborhood. That said, if you can grasp even a few basic words of French, it will help you no end with your daily interactions because that’s the main language spoken in shops, restaurants and supermarkets etc. Luxembourg is a very international place, however, so you can be sure you are likely to find plenty of other expats and immigrants from your country going through the exact same things that you are.

12. When and why did you start your blog?
I started it just before we left Hong Kong, so around June 2012. I trained as a fashion writer but it never took off as a career for me and then of course, I left the UK. I’d played around teaching myself how to create blogs and web marketing etc. over recent years, so it was a natural progression to want to put those things together into a more formal format.

I have to admit, I’m not avid blog reader! But when I was researching our move here it really helped to read what ‘real’ people had to say about Luxembourg. I found many blogs were great, but tantalizing devoid of ‘nitty gritty’ stuff, like how much something costs, or exactly what forms you need to get or where you go to buy xyz.

I try to walk the fine line between ‘honest musings’ (I actually hate the word musings), travelogue (ish – I use that word VERY loosely too) and the more practical stuff that affects my family and I on a day-to-day basis.  Doing the blog gave me the confidence to pursue a more formal writing career and I now work part-time writing blog content covering health, travel and lifestyle related topics. Finding a way to juggle it all is a challenge but I feel all this has been accomplished in a short space of time, and since I moved to Luxembourg. So for me I feel being here has been something of a catalyst for so many good things in my life and why it holds such a special place in my heart. For me, life in Luxembourg offers all the ingredients for a balanced, happy, family life.

Sam's blog, A Bit of Lux

To be considered for an interview add your blog to BlogExpat