Best cities to live in the world in 2010

What makes a city truly exceptional? The perfect place to live, work, and play? Monocle magazine knows what makes a city great to live and have compiled a list of the 25 best places to live. These cities aren't just OK, but are "benchmarks for urban renaissance and rigorous reinvention in everything from environmental policy to transport". The results of their annual survey were published on June 17, 2010. 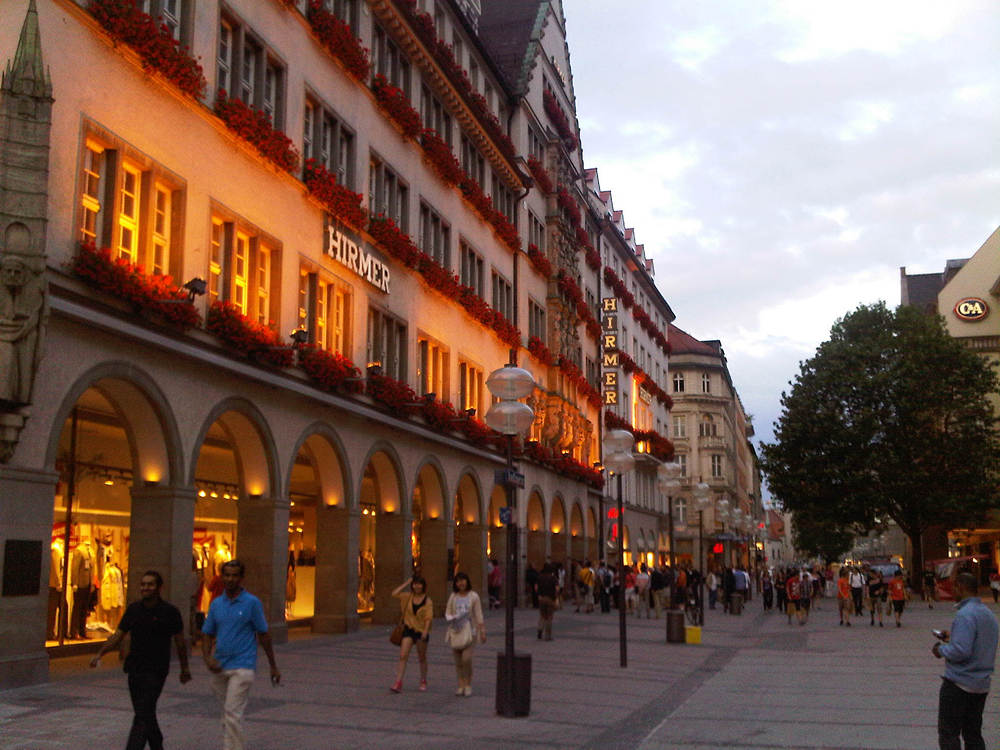 1. Munich, Germany
The city is the epitome of everything valued in the survey. Excellent location and transportation system allow for easy access to the rest of Europe, as well as the world. Monocle boasts that the city has the best airport in Europe. There is also a boon of cultural heritage and events and plenty of green space to make living in the city enjoyable. On top of these benefits, there is an extremely low crime rate. Apparently Munich parents agree with the magazines assessment as the city is one of the few reporting an upswing in birth rate. Prost!

More photos in our album: Munich

2. Copenhagen, Denmark
This city comes in second again. As well as being one of the safest places in the world, Copenhagen hosted major climate change conferences and sets the standard for low-emission urban living. It is setting the bar for eco-capital of the world.

3. Zurich, Switzerland
Last years top placer, Zurich still has plenty to be proud of. This economic center has recently become a hotbed for smaller companies. This has actually livened up the somewhat stuffy city as more young people come into the area.

4. Tokyo, Japan
Tokyo is always one of the most exciting cities and newly created green space is making it more livable. The current city planning expects to create 200 hectares of green space and 200,000 new roadside trees by 2013. Technology, shopping, and high-rise buildings in Japan's capital are first rate, as is their dedication to a clean and eco-conscious center.

5. Helsinki, Finland
This is Helsinki's third year in the fifth position. Finland's welfare system ensures a high quality of life, free education for everyone, and free wifi. The city is also conveniently located with flights to New York and Asia taking about 8 hours. One complaint- a shortage of bike lanes.

6. Stockholm, Sweden
This Scandinavian beauty is also eco-friendly. The city has some of Europe's cleanest air and offers clear waters for swimming in the summer and cross-country skiing in the winter.

7. Paris, France
The city of lights moved up the list with improved suburbs and rail connections. The charm of Paris is hard to beat, but gentrification of the city and not enough open hours in shops is still holding it back.

8. Vienna, Austria
This culturally progressive city can suffer from an overly conservative government. It does, however, have excellent health care, reliable public transportation, and many acres of green space.

9. Melbourne, Australia
Known for its fun-loving cultural image, Melbourne has been increasing as a business center.

10. Madrid, Spain
Named as a cultural highlight of Europe, Madrid is new to the list of top 10. The Rio Project has helped as it seeks to revitalize the area along the river and urban beaches.

11. Berlin, Germany
This city of history, nightlife, and culture is ever changing - maybe to a fault. Complaints about the amount of building has Berlin slipping out of the top 10.

12. Sydney, Australia
This sunny port city offers a unique lifestyle to its residents and plenty of places to enjoy it. A 1000 benches dot the urbane landscape.

13. Honolulu, Hawaii
This is the highest ranking US city. This little island of paradise is conveniently located between North America and Asia.

14. Fukuoka, Japan
Japan's 8th largest city has great shopping and is well connected to the rest of the region.

16. Vancouver, Canada
The city has benefited from hosting the 2010 Olympic Games. Those improvements plus its gorgeous coastal location make it a wonderful place to live.

18. Oslo, Norway
Although the city is expensive, all that money provides for excellent public transport, state hospitals, and residence for elderly.

19. Montreal, Canada
This city is a bikers paradise, has international flair, but not much green space. A scant 3.3 percent.

20. Auckland, New Zealand
Preparations for the 2012 Rugby World Cup has led to improvements in the city and much excitement in the air.

21. Singapore
Dropping from position 18, the magazine states that more money could be spent on cultural activities and less on casinos and shopping malls.

22. Portland, USA
This laid-back, tolerant city is known for its bike-friendly culture and eco-centered lifestyle.

24. Hamburg, Germany
Recently Hamburg has been losing its edge to its neighbor in the east- Berlin. However, Hamburg's port remains busy and the city hip and trendy.

As acknowledged by the editor of Monocle, "this type of classification is 50% science and 50% of subjective criteria." Cities are evaluated on transportation, living Environment, response time for emergency services, local entertainment shops, community atmosphere, safety, quality of education, and access to green spaces. The survey is trying to find the cities that "have it all".

Some cities you would expect to find on the list are conspicuously missing. Chicago is left off the list because of its high murder rate (453 people per 2.85 million in 2009). On the other hand, Dusseldorf had only two murders, but is missing some of things that make a city a joy to live in. Hong Kong also is missing from the list because of traffic congestion, air quality, and a lack of housing. Possibly the most notable absences are from New York and London. It is crime that knocks both cities out as London has the worst burglary rates in Europe and NYC (though recently improved) still suffers from high rates of crime of all types.

To check out the interactive map of cities, go to http://www.monocle.com/specials/35_cities/.