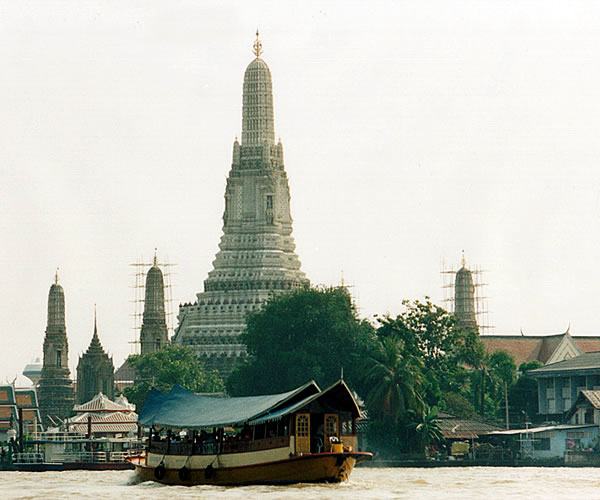 Although Thailand was affected with the recent South East Asia economic crisis, it still has the second largest economy in South East Asia after Indonesia and is considered by the World Bank as "one of the greatest development success stories". It's a newly industrialized economy and it has an economic freedom score is 64.1, making its economy the 61st freest in the 2013 Index. Thailand is ranked 10th out of 41 countries in the Asia-Pacific region.

Thailand's economy relies heavily on exported goods, again ranking second in South East Asia, accounting for 2/3 of the gross domestic product. Industry and services are the two main sectors in Thailand, and although known for its farming in the north of the country, this in fact only accounts for 8.4% of the GDP. The government continues in attempts to improve regulatory effectiveness and assimilate the economy into the global marketplace. Thailand is both a member of the World Trade Organisation and the ASEAN Free Trade Area (AFTA). Thailand benefits from a rather high level of trade freedom.

Thailand's unemployment rate is only about 0.7%, making it one of the lowest in the world. Inflation is around 3% with a policy interest rate of 2.75%.

Tourism still makes a larger contribution to Thailand's economy than in any other Asian nation, including the thriving sex industry, despite prostitution being illegal.

The job market in Thailand is by no means easy for expats to penetrate, as the country has very strict visa rules in addition to a high expatriate to local job ratio.

Teaching English remains the most common occupation for expats in Thailand, and perhaps is the easiest market for those who do not relocate to Thailand with a job already in hand. Other popular fields include industries such as oil and gas, in addition to working for high profile companies such as Siemens, HP, IBM and Price Waterhouse.

Those wishing to come here to volunteer must ensure they have the correct work permit and visa permitting them to do so.

For more information about finding work in Thailand, consult the "Find a Job" section.

Bangkok is at the centre of Thailand's economy and is the country's major port. It is ranked in the top six economies of Asian countries. In 2010, it contributed 29.1% of the gross domestic product. The Asian Investment boom led to many international companies relocating their headquarters here during the 1980s and 1990s.

Commercialisation has been the key to Bangkok's growth. The vibrant capital city is now also considered by many to be an international hub for transport and health care and is rising in status for its entertainment and arts offerings. Ranked as the world's number one tourist destination, it is currently the most prosperous area in Thailand. Bangkok is also home to many commercial banks.

Perhaps unsurprisingly, Bangkok's largest sectors are wholesale and retail trade. Around Bangkok's metropolitan region, manufacturing is the largest supplier. Across greater Bangkok, the automotive industry is considered to be the largest hub in South East Asia. However, the majority of Bangkok's factories are small, with many of them being family-owned. Food processing, textiles, and the production of building materials are the principal ventures.

Although a major city, many obstacles still remain. Bangkok is home to many individuals with scams targeting tourists and there is a high level of corruption. However, Bangkok has started to look for foreign investment in an attempt to enhance its international significance.

Our network of international removal companies can move your furniture & possessions to Thailand and anywhere overseas.

Do you have comments or personal information to communicate about this article? Add your comment.
Find links about overview / economy of Bangkok and a lot more in The links of expatriation.
Find more definitions and general answers on expatriation issues in the Expat FAQ (Frequently Asked Questions).
Read more...


Go to the Forum to talk more about economy of Bangkok, overview.
Search for members in Thailand