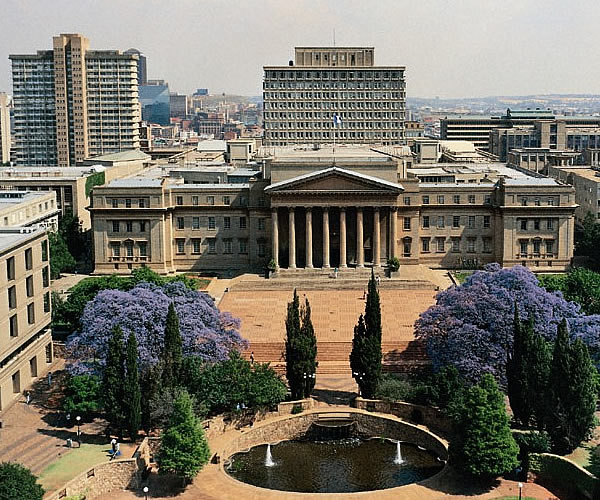 South Africa has 12.3-million learners, some 386 600 teachers and 26 292 schools, including 1 098 registered independent or private schools. Of all schools, roughly 6 000 are high schools (grade 7 to grade 12) and the rest primary (grade 0 to grade 6). In government-funded public schools, the average ratio of scholars (known as "learners" in terms of the country's outcomes-based education system) to teachers ("educators") is 32.6 to one, while private schools generally have one teacher for every 17.5 scholars. The national Department of Education is responsible for education across the country as a whole, while each of the nine provinces has its own education department. The central government provides a national framework for school policy, but administrative responsibility lies with the provinces.

The national Department of Education is also responsible for higher education. Private schools and higher education institutions have a fair amount of autonomy, but are expected to fall in line with certain government non-negotiables - no child may be excluded from a school on grounds of his or her race or religion, for example.

School life spans 13 years or grades, from grade 0, otherwise known as grade R or "reception year", through to grade 12 or "matric" - the year of matriculation.

The South African Qualifications Framework (SAQF) was established in 1995 with the enactment of the South African Qualifications Authority (SAQA) Act. The framework attempts to rectify the past fragmented and segregated education and training system by adopting a single and integrated qualification system. The general concept of building a coherent and integrated system with more equitable access and improved levels of outcomes is seen as part of the process of reconciliation and rebuilding after the apartheid era.

Compared with most other countries, education in South Africa gets a really big slice of the pie - usually around 20% of total government expenditure. In the 2006 Budget education received R92.1-billion, amounting to 17.8% of total spending. However, there is still much ground to be made up in repairing the damage of 40 years of apartheid education. Under that system, White South African children received  high quality schooling virtually for free, while their Black counterparts had only "Bantu education".

Although private colleges and universities are a more recent phenomenon, South Africa has had private primary and secondary schools for centuries. There are around 1 098 registered private schools, catering for some 340 000 students - 2.8% of the total schooling population. Many private schools chart a path of excellence, adopting cutting-edge trends, or offering solid, religious-based education since their origins as mission schools. There are many also outstanding state-aided schools, on a par with some of the top private institutions. Top-quality schools and universities are to be found in both the state and the private education sector.

Although subsidised by the state, the universities are autonomous, reporting to their own councils rather than government. Higher Education and Training, or tertiary education, includes education for undergraduate and postgraduate degrees, certificates and diplomas, up to the level of the doctoral degree. A matric endorsement is required for the study of university degrees, with a minimum of three subjects passed at the higher, rather than standard, grade, although some universities set additional academic requirements. A standard school-leaving South African senior certificate is sufficient for technical qualifications and diplomas. If you obtained a degree outside South Africa you can request recognition of the degree from the South African Qualifications Authority .

Below is a listing of universities in and around Johannesburg:

Stellenbosch University
Situated in the wine-growing region of Stellenbosch, 60km from Cape Town, Stellenbosch University is one of South Africa's leading research institutions. The university's Centre for Invasion Biology, a Department of Science and Technology centre of excellence, studies the impact of invasive plant species on southern Africa's agriculture, biodiversity and ecotourism.

Tshwane University of Technology
Incorporating the former Northern Gauteng, North West and Pretoria technikons, the university offers over 180 programmes, some of these unique to the institution, such as sport and exercise technology, equine studies, medical orthotics and prosthetics, and environmental management.

University of the Witwatersrand
The University of the Witwatersrand, commonly known as Wits University, is one of the country's leading research institutions. A cosmopolitan campus close to the Johannesburg city centre, Wits University attracts a large number of students from across Africa. The university offers degrees in the faculties of engineering and the built environment, humanities, health sciences, science and commerce. Wits University also hosts the Department of Science and Technology's Centre of Excellence in Strong Materials, the Wits Institute for Social and Economic Research, and the Wits Business School.

Vaal University of Technology
Vaal University has around 15 000 students spread across its main campus in Vanderbijlpark, 60km south-west of Johannesburg, and four satellite campuses, which include the Sebokeng campus of the former Vista University.

Do you have comments or personal information to communicate about this article? Add your comment.
Find links about education / school system in Johannesburg and a lot more in The links of expatriation.
Find more definitions and general answers on expatriation issues in the Expat FAQ (Frequently Asked Questions).
Read more...


Go to the Forum to talk more about school system in Johannesburg, education.
Search for members in South Africa


The latest messages posted on the expat forums - Johannesburg