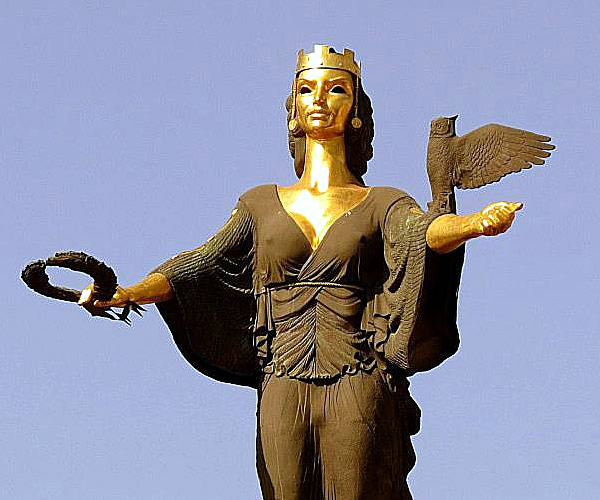 Bulgaria is situated in Southeast Europe and in the northeast part of the Balkan Peninsula. It is boarded by Turkey and Greece in the south, Romania and the Danube River to the north, Macedonia to the west, and Serbia to the East along with the Black Sea.  It is also placed right at the crossroads between Europe and Asia. The Middle East, Mediterranean, and Western Europe can all be easily accessed from Bulgaria.

The Balkan Mountains cross through the country and reach the edge of the Black Sea and its gorgeous, golden beaches. The land is varied and divided by plain, plateaus, mountains, hills, and valleys. The total length of Bulgaria's boarders are 2,245 km. with 1,181 km on land, 686 km. in rivers, and 378 km. in sea.  The total area coverage of Bulgaria is 110,994 km and is approximately the same size of the state of Ohio and slightly larger than Iceland. The geographic center is in the city of Uzana.

Bulgaria has been divided into 28 provinces since 1999. The provinces are then further divided into 265 municipalities. Sofia is the largest settlement in the country and is the center of both Sofia Province and Sofia City Province (Sofia-grad).

The Black Sea offers some of the largest beaches in Europe with May to October being the best time for sunbathing and swimming. The weather is never extreme in the summer even though Bulgaria lies in the southeast corner of Europe. The geographic position of Bulgaria offers predominantly sunny days which makes for great tourism and well-being amongst locals. January is the best time for skiing in Bulgaria and June to September is the best time to visit during the warmer months.

In the coastal regions is where you will find weather that closely resembles parts of the Mediterranean. This part of Bulgaria is near the Black Sea and experiences warmer winters than the other regions of Bulgaria. The winter months of the coastal region get as low as -1 degree Celsius and a high of 6 degrees Celsius. Rainfall stays fairly minimal until June where it averages about 64mm a month. In the summer months the days are filled with 10 to 11 hours of sunlight with a high in the 20's and often in the 30's. A popular getaway spot in this region is the town of Burgas which has a lovely beach resort called Sunny Beach.

The inland region of Bulgaria has its coldest month of the year in January and temperatures can drop down to 1 degree Celsius and hit an average of 9 degree Celsius. Snow can be expected in this region due to the higher elevation, but winter is one of the driest seasons of the year. The rainfall picks back up in May to June with an amount of 50mm-75mm.  The summer days can have a high of 30 degrees Celsius in the later months and cooler nights with temperatures at 12-13 degrees Celsius.

Sofia is the capital of Bulgaria and the country's political, administrative, and cultural center. It is surrounded by mountains, which has a big influence of the climate year-round. Sofia is located in the western part of the country and is the largest city in Bulgaria. It is the center of the Balkan Peninsula and is at the foot of the Vitosha Mountain and in the Sofia Valley which is surrounded by the Balkan Mountains located to the north. The valley has an average altitude of 550 meters and is between the Black Sea and the Artic Sea, but closest to the Aegean Sea.

There is a total of 1.3 million people living in the city and 1.7 million people living in the metropolitan area. Sofia does not have large rivers and bridges, but it's admired for its surrounding mountains. It hosts 49 mineral and thermal springs and has artificial damns and lakes built throughout the city. Unfortunately, air pollution is a reoccurring problem in the city, due to the location of the Sofia valley and the mountains inability to clean the air. Sofia has the most polluted air of any capital in the EU.

In the winter months, it can be very cold and can be snowy with a lot of fog and smog due to lack of wind. In the summer months it feels hotter than the actual temperature also because of the lack of wind blowing through the city. The spring and autumn seasons can be very unpredictable with weather changing day by day. Sofia has a humid continental climate with its annual temperature average being 10.6 degrees Celsius. The city has an average of 581.8mm rainfall and experiences thunderstorms quite commonly in the beginning of summer.

The months of May, June, July, August, and September experiences the most pleasant weather. The warmest month is August, the coldest and driest month is January, and the wettest month is May.

The city of Sofia's has a municipality in Sofia City Province, which is its own district location from Sofia Province, but does not include the capital itself. The Sofia Municipality has 24 districts and 34 villages. Vitosha Mount is a symbol of the capital city and it hosts several skiing sites. The biggest skiing tourism areas are located near the Iskar River, the Lyulin, the Lozen, and the Balkan Mountains. The city center is the best location for restaurants, hotels, hostels, and history.

The smaller districts are located in the center part of Sofia, while the larger districts boarder the city. The largest districts are Slatina in the north, Sredets in the east, and Studentski in the south. The Sofia district, which is a location in of its own, has 22 municipalities.

Do you have comments or personal information to communicate about this article? Add your comment.
Find links about overview / geography of Sofia and a lot more in The links of expatriation.
Find more definitions and general answers on expatriation issues in the Expat FAQ (Frequently Asked Questions).
Read more...


Go to the Forum to talk more about geography of Sofia, overview.
Search for members in Bulgaria