Expat tax policies around the world 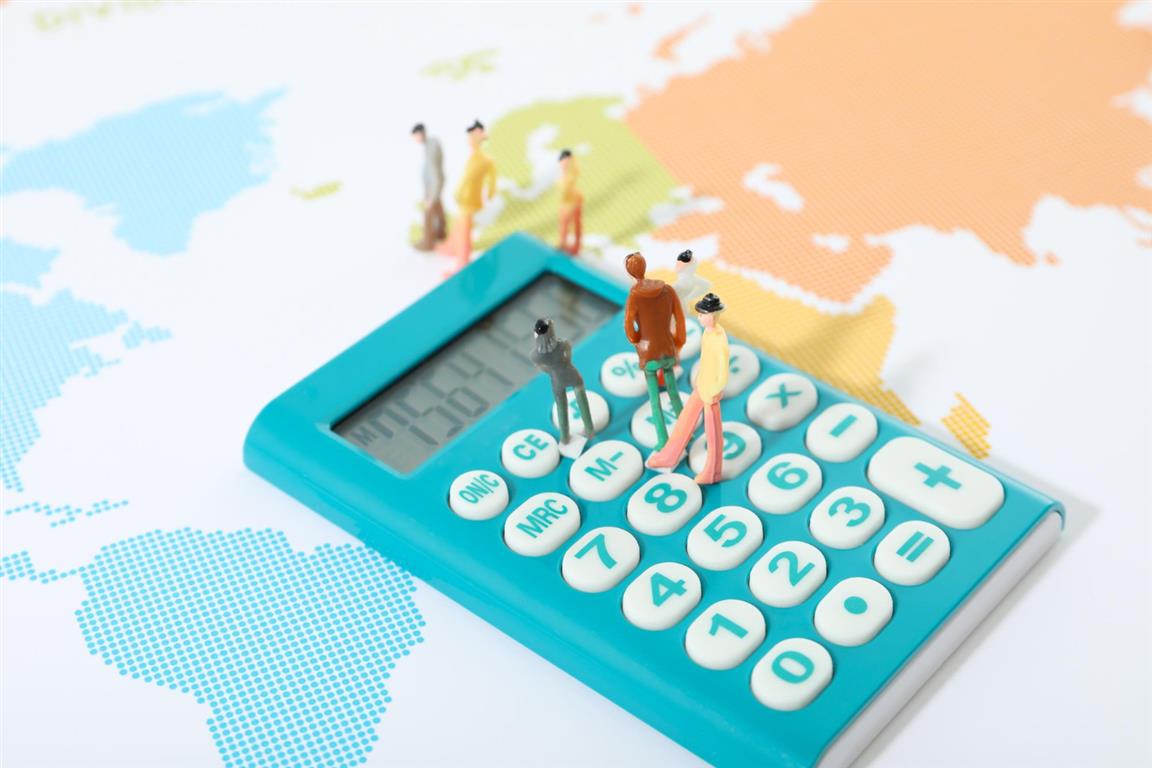 Depending on their nationality, expats have to deal differently with tax. In the US it can be a real issue and a lot of Americans living abroad are complaining about the paper work and difficulties it makes. South Africa has recently implemented a worldwide taxation for their citizens. In the UK, a specific non-domiciled status allow top earners and extra rich to avoid paying most of their tax. Other countries have a "Wealth Tax" that can affect expatriates.

As the old adage goes: The only certainties in life are death and taxes. This is also true for all those adventurous expats that leave home to sample living in other countries, but have to deal with sometimes complex tax situations. Tax rules and regulations in the majority of countries are complicated for those who must pay them, and infringing any tax laws can have dire legal consequences.

Worldwide income is defined as any income such as salaries, wages, interest or dividends earned, or rental income. All US expats have to file a US Federal Tax Return, no matter where in the world they happen to live, if their worldwide income exceeds a certain value. For self-employed individuals, the threshold is only $400.

There are, however, many pertinent deductions, credits and exclusions that are in place to ensure expats are not taxed twice on the same income.
To qualify for these exclusions you must qualify as an expat officially as per special guidelines.

It is important to note that US expats must file their taxes even though they won't owe any taxes to the government.

The IRS does have an amnesty programme that assists expats who find they have been unwittingly non-compliant (including the "Accidental Americans"), without facing any penalties, called Streamlined Filing Compliance Procedures.

One thing is certain: filling US tax for expat is a burden and creates huge issues for US citizens living abroad. During each presidential campaign, American Abroad groups are advocating for a reform on the tax requirement when living in other countries; so far to no real effect, despite constant promises from the Republican or the Democrat parties.

The US has tax treaties with 69 countries to prevent double taxation for expats. These can be complicated depending on where you're living so consult a professional to see how this affects your tax status.

We have dedicated several articles to the US Expat taxes. See:

There were new tax legislation changes made in March 2020, just before Covid and lockdowns, which left many South African expats scrambling.

New tax laws state that only the first ZAR1.25 million (USD 69K) of foreign income is exempt from tax. But you must be able to prove that you have spent more than 183 days outside of South Africa in a single 12-month period, of which 60 days must have been spent consecutively and this must be work-related, i.e. earning a salary.

Everything above this amount is taxable at the relevant marginal tax rate. Any income earned in SA is also taxable.

However, the exemption threshold includes all allowances like housing, bonuses, etc which once added up can easily reach the threshold of no tax.

South Africa currently has DTAs with 81 countries like the UK, Australia, USA, UAE, Japan, Sweden and Thailand. These legislative agreements prevent South African expats from being taxed twice on the same income.

The relevant DTA, depending on the country the SA expat is residing in and registered as a taxpayer, will determine the taxable income and in which country it is to be paid. Even if you successfully obtain a DTA, you still have to file a tax return in SA.

Applying for the DTA must be done every year for the filing of each tax return.

Resident status is important when determining how much tax a UK expat is liable for, in addition to factors like income source, capital gains and location of assets.

Non-residents or expats are tax liable for any income in the UK such as business profits, rental income, etc.

The UK does have non-double taxation treaties with many countries to prevent individuals from getting taxed twice in the same income.

There are allowances applicable under certain conditions.

Someone with non-domiciled (shorten as non-dom) status is not liable for paying tax on foreign-earned income but remain taxable on funds earned in the UK. Unlike normal UK residents, they can relocate their investments offshore in order to avoid paying tax. Any foreign-earned funds are then not taxable in either the UK or their country of domicile. However, if they bring these funds into the UK it becomes taxable.

To qualify the candidate can live in the UK and be a tax resident but their permanent home (domicile) must be on foreign soil and they must be able to prove it. However this concept of "permanent" home is not based on where you live or spend most of your time as in the vast majority of other countries. According to the British definition, this location is usually the country the person's father considered his permanent home when they were born and where they may plan to retire. The non-dom concept comes from colonial time and the British Empire (which explains the number of Indian and Chinese non-doms).

A reform in 2017 has restricted the possibilities to apply to the non-dom status, charging a lumpsum for people wanting to continue sheltering their foreign income from the British taxman after some years:

The London School of Economy claims that more than one in five top earning bankers has benefited from non-dom status, which cost the UK economy a very substantial amount of money (dozens of billions). And the very rich are even more likely to claim this status: in 2018, 40% of those earning more than 5 millions a year have claimed the non-dom status.

“The non-dom regime is used mainly by the very rich, who get tax breaks not available to ordinary taxpayers. This giveaway could be costing the Treasury significant revenue and deserves more scrutiny at a time when everyone else is facing tax rises.”

Amongst famous UK residents benefiting from the non-dom stats we find Akshata Murty, the wife of former Chancellor of the Exchequer (UK Finance minister) and next Tory leader candidate Rishi Sunak (she is the daughter of Narayana Murty, founder of the Indian multi-national IT company Infosys and holds a 0.93% stake in the company, making £11.5m a year in dividends from Infosys, which she does not pay income tax on).

In a nutshell, by paying the £30,000 annual levy, she avoided paying about £4.4m to the UK in tax in 2022 (39.35% tax applied to dividend payouts for UK-resident taxpayers in the highest income band). The same also applied for the previous years and The Guardian estimates that she has collected tax-free about £54.5m in dividends from Infosys since 2015.

On the list, you find top bankers such as Stuart Gulliver, former CEO of HSBC, John McFarlane, former Chairman of Barclays and Pascal Soriot, CEO of AstraZeneca. Lord Ashcroft, the multimillionaire and former deputy chairman of the Conservative party was also using the scheme. Millionaire Conservative MP Zac Goldsmith was using the status until he was pressured by David Cameron who was Prime Minister at the time, to give up his non-domiciled status.

In the year to 5 April 2020, according to HMRC, there were 75,700 individuals filing tax returns in the UK who claimed non-domicile status (down from 78,600 the previous year), 64,700 of whom were UK residents. The scheme is designed for extra-rich residents. Many people who could claim the non-dom status are not doing it as their tax due on their foreign income is below the annual levy of £30,000.

Wealth tax in France (but also in other EU countries)

Residents are taxed on all income worldwide while non-residents are only liable for any French-derived income. If you're not living in France permanently but work for a French company, you may have to pay taxes on that income, subject to specific agreements to avoid double taxation.

However, many countries have tax treaties with France which prevents double taxation on the same income.

You are eligible to pay tax in France if any of the following reasons applies:

In 2018, France introduced the IFI (Impôt sur la Fortune Immobilière), excluding all financial gains from the calculation of the wealth eligible for taxation. It replaced the previous national wealth tax (ISF - Impôt sur la Fortune) which was applied to all wealth in France or abroad.

Since 2008 also, individuals who have not been tax-residents for the last 5 years do not have to include their foreign wealth to calculate the amount of tax due for the next 5 years after relocating to France.

There is a wealth tax ceiling of 75% for total taxes on yearly income that should not be exceeded for French residents.

Among the European Union countries, only Spain, Finland, France, Luxembourg, the Netherlands and Sweden currently levy a national wealth tax. Denmark and Germany abolished this tax in 1995 and 1997 respectively.

More articles
Netherlands leads reforms for rights to work from home
The Netherlands will be one of the first countries to accept flexible working conditions as legislation. Other European ...
The Best Passport To Carry
There are a few organisations that rank global passports according to their own unique and carefully curated criteria. ...
The status of monarchies in today's world
A monarchy is a system of government in which a single person holds ultimate power over the country for life or until ...
How to Write a Travel Insurance Claim for Flight Cancellations?
In the case of your flight being cancelled, you can claim your travel insurance and get compensation for it. This is ...
Gen Z: A new type of employee that companies need to adapt to
Generation Z will soon crowd Millennials out of the workplace. The emergence of this diverse generation brings with it ...