Migrant, expat or refugee: the politics of racism? 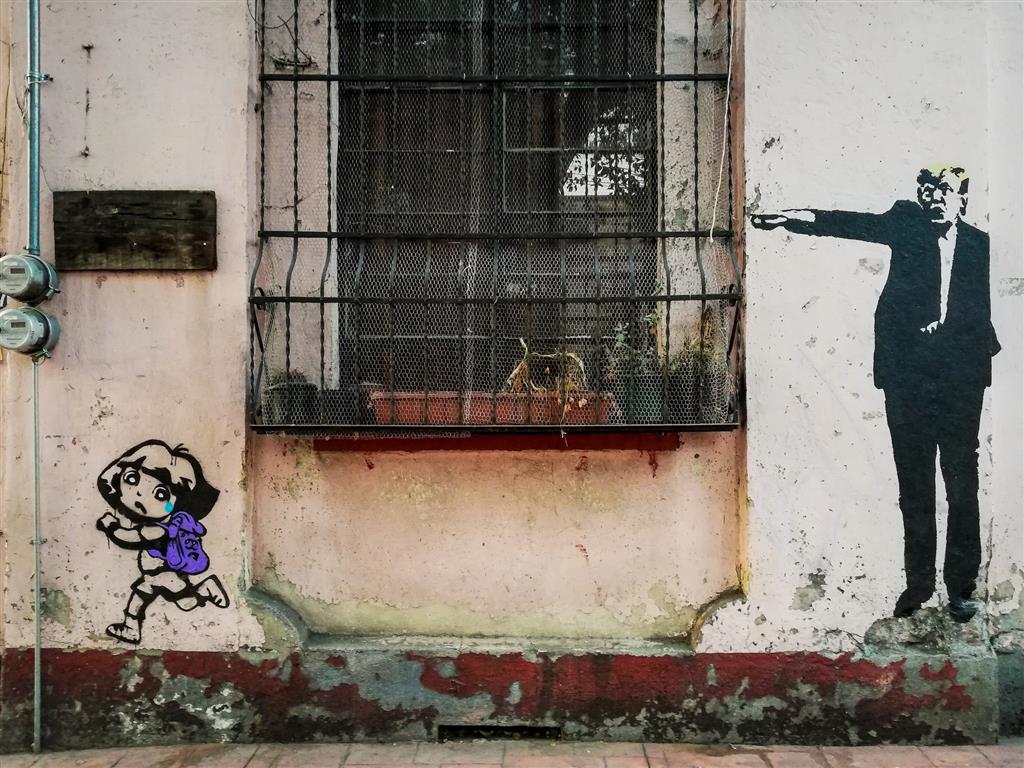 Very often in the media and political spectrum (and by extension within the general population), Europe and the US have been making a difference between the use of the word "immigrant", "refugee" and "expatriate", with the latest being welcome while the first one is source of many problems. In this article we will see how these terms are defined, how they can be used for a specific political agenda, and what consequences the words may have.

“To name things wrongly is to add to the misfortune of the world,” wrote Albert Camus. In recent years, the terms “expatriate”, “immigrant,” and “refugee” have become loaded with political meaning.

In Europe, the word “migrant” or "immigrant" is often used to describe people from Africa and the Middle East, even though many of them are refugees who have fled war and violence. This “othering” of migrants has contributed to a hostile environment in many European countries.

In the United States, the word “immigrant” is often used to refer to people from Latin America, while “migrant” describes people from other regions.

The way these terms are used can have a significant impact on how people are treated. For example, in 2015, then-candidate Donald Trump referred to Mexican immigrants as “rapists” and “criminals.” This rhetoric helped to fuel an anti-immigrant sentiment that has led to policies like the Muslim Ban and the separation of families at the US-Mexico border.

How “equal” are people in their adopted country?

Some argue that these terms are interchangeable, while others claim that there are important distinctions between them. So, what’s the difference?

The use of these terms is often politicized, with some people using them to describe anyone who is not originally from the country they are currently living in. This is particularly true in developed countries, where there is often a negative attitude towards migrants, immigrants and refugees. This is often driven by fear and anxiety about economic competition and cultural change.

In recent years, there has been a surge in the number of people migrating, immigrating and fleeing conflict, persecution and appaling life conditions. This has put immense pressure on developed countries struggling to cope with the influx of people. The resulting tension and conflict have led to a rise in racism and prejudice against migrants, immigrants and refugees.

Is “international resident” a better term?

A campaign launched by a photographer in the Netherlands in 2013 garnered some interesting results. Tetsuro Miyazaki, a Maastricht-based photographer established a project called Expats x Migrants. This entailed exhibiting portraits of different people in public to begin the “race” conversation.

He started using bus shelters as his gallery so that these portraits were easily accessible to the general public.

The project was funded by Maastricht University’s Diversity and Inclusion grant and Studio Europa in order to question how people perceive themselves and the international people living amongst them.

Maastricht has almost 30% non-Dutch residents which made this area the ideal location for this project. The aim was to encourage the inclusion and protection of these foreign residents. The project hopes to highlight the large economic contributions of this group of people and include them in policy-making.

Miyazaki, an expat himself, felt welcomed and this sparked an interest in how others are perceived and the double standards employed to various foreigners. He felt his Belgian passport was the ticket to being so easily integrated.

He believes Dutch society generally is more accepting of expats than migrants. Expats are seen as meaningfully contributors to society whilst migrants are “fortune seekers” even though expats are also in the Netherlands for a better future.

Miyazaki hopes to bring the debate to audiences beyond Maastricht and generate ‘kitchen-table conversations’ about how we perceive people and the consequences it has for them. "I hope that people will start to doubt the labels they give," he says.

He found that expats were not held to the same standards as others. For example, expats are not required to integrate into Dutch society by learning the language, etc compared to others like seasonal workers.

A representative from the Expat Centre Maastricht Region (ECMR), which was also involved in the project, agreed that the terminology used to describe foreigners can be very misleading because many asylum-seekers are highly skilled compared to some expats that have no skills and cannot even speak the language.

A great example in this project of the divisiveness of terminology is an Indian-born academic living and doing his PhD at the university. When his image appeared in public he received many interesting responses from the public. He believes the term to describe him should be migrant rather than expat which he feels is a very colonial word imparting an aura of privilege.

Why are Ukrainian refugees welcomed with open arms?

The recent war in Ukraine saw scores of Ukrainians fleeing their cities in search of safety. They were welcomed with open arms in various countries in Europe. Some Western media clearly separated them from other refugees by describing them as "civilised" and different from people from third world countries. Even politicians blatantly alluded to this “superiority” of Ukrainians over refugees from Africa, Asia, the Middle East. etc.

Critics have slammed Europe’s negative response to “third world” refugees and say it is aligned with racism, Islamphobia and Afrophobia, and has caused untold death and suffering in third world refugees seeking safety and a better life for themselves and their families. Refugees from Syria, Afghanistan and Iraq were met with hostility, violence and harsh conditions by European authorities.

As recently as 2021, these refugees were left stranded without food and shelter in freezing conditions to fend for themselves in forests along the Polish border. There were numerous deaths amongst them that included children but still there was still little compassion and help from Europe.

Can we do better?

The use of these terms also reflects a broader trend of racism and xenophobia in Western societies. The term “refugee” is usually reserved for people who have fled their home countries due to war or persecution, but not because they were dying due to the economic environment.

There is a need for a better understanding of the terms expatriate, immigrant and refugee, and the different experiences of each group. While the terms could often be used interchangeably, there is an essential distinction between them. Only then can we start to address the challenges they face and build a more inclusive society.