Challenges of international relocation during a crisis

In troubled times, when a major conflict starts, violence burst and people flee, international removal companies are on the first line to help people to move they belongings. Challenges met to assist those in a hurry to leave are huge. They have to deal with logistic issues, organisation difficulties while considering the safety of their own staff. In this article, we explore the challenges faced by those comapnies, with a specific focus on AGS International Movers and the situation in Ukraine currently.

Even as violence and conflict continue to ravage many parts of the world, international removal companies are on hand to provide safe and efficient service delivery to an increasing number of expatriates who are moving in haste to safer havens.

The decision to leave a country in crisis

War can have a devastating impact on a country, not just in terms of the loss of life and property, but also due to the effect it has on the economy and social fabric of a nation. In some cases, people may move to another country because their home country is being invaded or occupied by another country. In other cases, people may move to escape the economic collapse that often follows a war.

For those who have the means to do so, or are directed to leave by their employers, moving to another country can be the best option to avoid the worst effects of war.

Many expatriates cite safety concerns as a primary factor in their decision to move. They are also worried about the stability of their investments and the overall economy in times of war. By relocating to a more stable country, they can help to protect themselves and their investments from the ravages of conflict.

Once the decision has been made, either in as rush or with a plan set, the next step is to decide what to take, what to leave and more importantly how to move their personal belongings. That's when the experience of reputable international moving companies comes at stake.

AGS Relocation Services has been providing worldwide mobility solutions since 1974. With 148 offices in 97 countries, the removal company needs to be able to face many challenges: moving from Singapore to New York is obviously completely different from the situation experience in Ukraine for instance. Fortunately they can rely on their vaste network and expertise of their group worldwide to help local branch manage any issue.

“Since the end of the Civil War in 2011, more and more expatriates have been returning to Côte d'Ivoire. The same holds true for investors, diplomats and corporations. For example, the African Development Bank and its 2,000 employees had relocated to Tunisia in the light of the Civil War, but have now returned to Côte d'Ivoire. For our business, the outlook has been good for the past 2 years already. But in any case, being part of a group like ours means that we have plenty of support to withstand difficult times.”

In Ukraine, the most difficult is the logistic

With the recent events in Ukraine, we wanted to learn how an international mover is managing with the crisis.

AGS are currently operating with only 6 people in Kyiv: the branch manager, the sales manager, a broker, an accountant and 2 packers. There were 3 individuals for packing previously but one left to join the army. These days, with the large number of requests for moving, they often use external companies to meet their staffing demands.

Although there is no special training for the AGS staff employed in Kyiv, all employees have been instructed in safety by the Ukrainian authorities, as part of standard measures for all to protect the general population.

We had the opportunity to chat with Dmitriy Solovey who is Sales Manager for AGS operations in Ukraine. He confirmed that AGS is currently very busy in the country. They are overbooked with exports and moving goods out of the country as diplomats are leaving Ukraine. 95% of requests are from foreigners, mostly diplomatic staff, relocating to Poland or neighbouring countries.

Although Ukraine is at war, the city of Kyiv is not considered dangerous at the moment, he said. Of course, all employees left the city at the beginning of the conflict when it was bombed and there was a huge risk for their safety. The Kyiv branch was not operational for more than a month at the start of the war. During that time, the warehouse was monitored remotely with CCTV and they had security personnel to guard the building and its contents. Kyiv is now considered out of the active war zone and most staff has returned.

Dmitriy believes the biggest challenge at the moment is with logistical and operational organisation. All ports in the Black Sea are blocked and airports are closed so it is not possible to move shipping containers and crates neither by sea nor air.

Using the railway system is also not an option either because it presents a major infrastructure challenge, he said. There is a difference in track gauge between Ukrainian rails (1,520mm) and those of many other European countries (1,435mm). This forces trains to stop at the border and goods must either be unloaded and transferred to other wagons, or the bogies of the trains must be changed. Dmitriy explained that this was too complicated and time-consuming, and therefore AGS Ukraine currently only use roads to move cargos.

Dmitriy keeps in touch with the other companies providing international removal services in Ukraine. He said:

"All competitors operate with the same limitations as AGS. We all have a huge amount of cargos to export and nearly nothing to import. All removal companies are under immense pressure and we need to be very well organised to be able to assess all risks and find creative solutions for our clients." 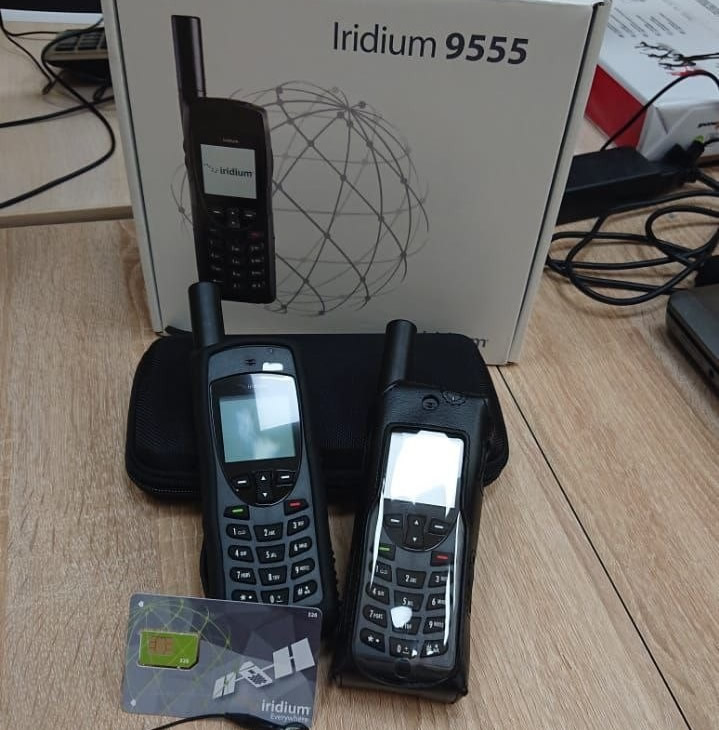 Although, as we mentioned, most of the business is moving their customers' belongings out of the country, there is one thing that AGS Ukraine imports: military equipement and mostly satellite phones. They are proud to provide the service for free and thus help the Ukrainian military forces. They do not only collect the phones from the outside but arrange delivery close to the war zones, using local providers (essentially the Ukrainian post service).

Disclaimer: AGS Movers has been a partner of EasyExpat.com for many years. They gave us the idea to talk about their operations in conflict zones with the opportunity to share their experience of working in Ukraine. This article is not sponsored and has been entirely the work of our team of editors.

More articles
Rent control: a hot topic in major cities
Rent control is a housing policy that limits how much landlords can charge for rent. It is a trending topic in Europe, ...
Is the 5-day work week over?
The 5-day work week may be over for some people and it’s not necessarily a bad thing. There are pros and cons to ...
Migrant, expat or refugee: the politics of racism?
Very often in the media and political spectrum (and by extension within the general population), Europe and the US have ...
Finding the best international money transfer
With international move on the rise again, potential travellers need to be careful when choosing how to exchange money. ...
All British expats can soon vote in UK elections
British citizens who have been living overseas for longer than 15 years will soon be eligible to vote in the UK ...