Why is Indonesia building a new capital city? 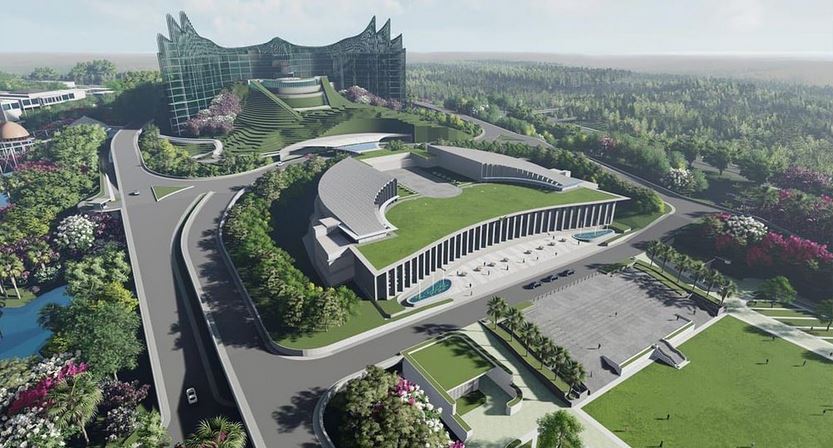 Indonesia is one of a long list of countries which has chosen to relocate their seat of government to a better and improved location. There is often a series of compelling reasons for choosing to make this decision ranging from political, geographical, etc. Often it is a combination of reasons that make it the logical albeit exorbitantly expensive solution.

Indonesia is building a new capital city because its current one is sinking. This is the official reason given for this colossal decision. However, critics argue that there are far more complex political reasons, like the “president's vision to modernize the country and redistribute political and economic power across the archipelago away from Jakarta” but that a relocation of the capital city will not solve any of the existing political issues.

Sinking, crowded and poluted city: many reasons to move away from Jakarta

Indonesia's current capital city Jakarta sits on marshland on the island of Java, but this is sinking quickly into the sea at a rate of about 1 to 6 inches a year. Researchers believe large swathes of the city could be submerged by 2050!

The vast country of Indonesia consists of 17,000 islands and the country is the biggest island nation in the world. It is also the world's fourth most populous country and its Capital Jakarta is one of the most highly populated cities in the world. There are over 10 million people crammed into an area of only 661 square kilometres. The city is notoriously known for some of the worst traffic jams on earth. This extremely populous city also has very high pollution levels which is another major problem, with Jakarta consistently ranked as one of the most polluted cities in the world.

In addition, the island of Java is one of the most earthquake and tsunami-prone areas globally. As recently as 2018, the island experienced a devastating series of earthquakes, with a death toll of over 500 people. The move to a more geologically stable location would help to protect the capital from future disasters.

Last but not least, advocates claim that moving the capital away from Jakarta would help to spread development more evenly across the country's numerous islands.

The project has just started

The country's parliament has already passed a regulation (in January 2022) approving the move of its capital Jakarta to a new area which is 1,300 kilometres (800 miles) away. The new city will be located deep within the jungle of Kalimantanin, an Indonesian province on the island of Borneo, made famous for its verdant tropical jungles and precious orangutan population.

Indonesia's new capital is estimated to cost over US$32 billion to construct. The government has also announced the proposed name ‘Nusantara' which means archipelago, to be the new capital's name. The project is meant to highlight Indonesia's official national motto of Bhinneka Tunggal Ika (Unity in Diversity).

The country's President, Joko Widodo, has tasked a group of ministers with evaluating the feasibility of relocating the capital. The goal is to create a more evenly developed Indonesia, as well as ease congestion and pollution in Jakarta. This new capital city is expected to be operational by 2024 in order to welcome some of its first officials..

Relocating the capital of Indonesia would be a massive undertaking, but it could be the best way to ensure the country's long-term development.

The new city will occupy about 180,000 hectares of land and critics believe the repercussions of such a move will be widespread. The construction of the new city will result in further devastation of the lush rainforests and diverse wildlife, which are already under threat. It may also expand palm-oil plantations on the island and increase logging.

Additionally, there is a concern for the indigenous people that live on the island of Borneo and the potential threat to their environment and culture.

Even the chosen name of Nusantara is being criticised by some as confusing because it is a Javanese term that refers to the whole country.

The huge cost of such a move is also being criticised.

Why change a capital city?

A capital city is a country's primary city, typically where its government is located. A country may change its capital city for a variety of reasons, including political, economic, or historical factors.

Political reasons for changing a capital city can include a desire to distance the government from a particular ethnic or religious group, or to consolidate power after a period of political instability.

Economic reasons can include a desire to boost economic activity in a particular region or to relocate the capital closer to natural resources or major transportation hubs. A country might want to move its capital city to a location that is more economically prosperous.

Historical factors can include a desire to return the capital to its former glory or to establish a new capital in a recently conquered territory.

Geograpy: a country might want to move its capital city to a more centrally located location within the country or to a location that is less prone to natural disasters.

The following are only some of the fairly recent relocations to newer, more purpose-built capitals.