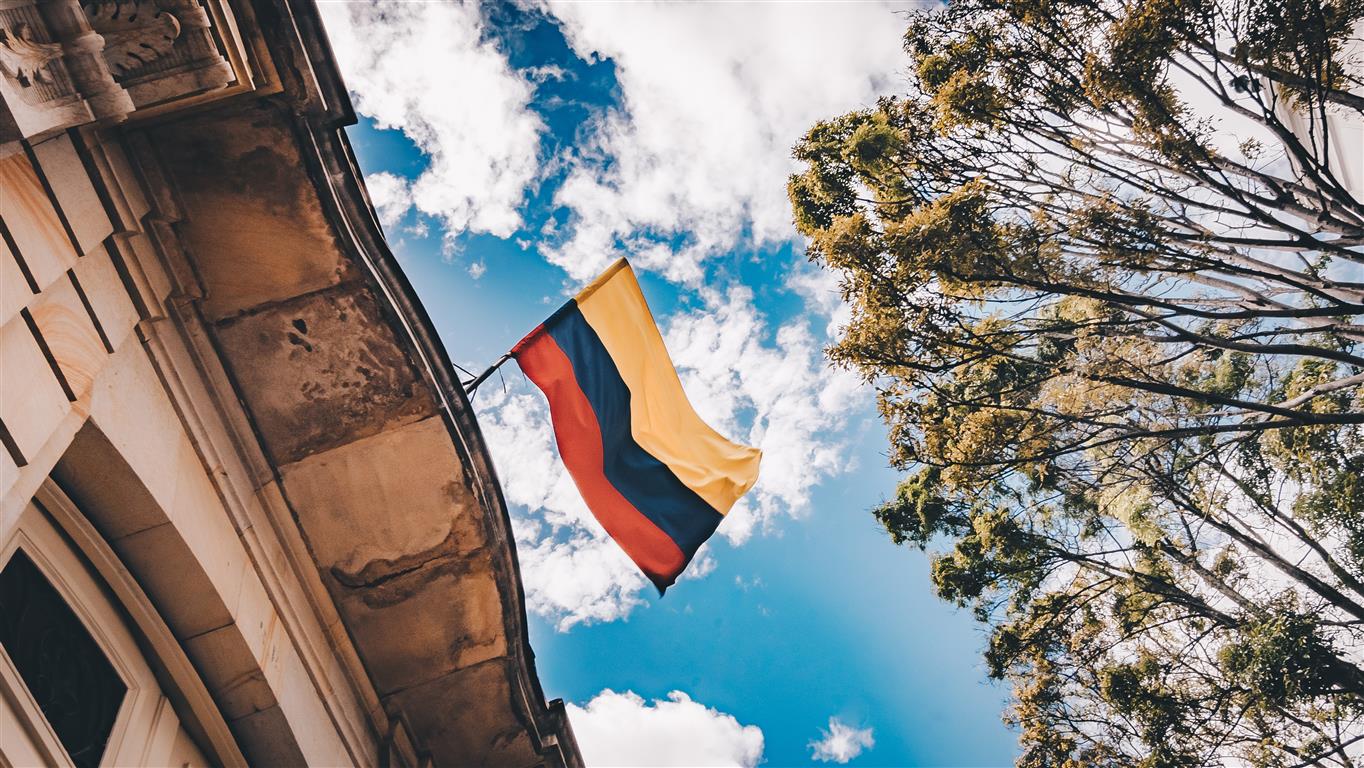 Candidate Gustavo Petro won the second round of the presidential election with 50.44% of the votes and becomes the first leftist president of Colombia

Historical day in Colombia: Gustavo Petro has become on Sunday 19th Jun 2022 the first ever left-wing president of the country. He received 50.44% of the votes while his opponent, Rodolfo Hernandez, got 47.31%, according to povisonal results (2.25% represent the blank vote, as this is counted in the Southern America country). Abstention is 42%, the lowest since the beginning of the 21st century. 11.2 million people voted for Mr Petro, which is 700,000 more than those for Mr Hernandez.

After the first round on Sunday 29 May, the radical left-wing candidate was already a clear winner as he received 40% of the votes and was facing the businessman and independent candidate (28%) for the second round of the presidential election. The result of Mr Hernandez was a surprise as in the past the right-wing candidate was always reaching the second round before being elected. As predicted, it was a tight race and Petro won by a very thin margin.

Gustavo Petro, 62 years old, previously mayor of Bogota and senator, was running in the presidential election for the third time. His radical left-wing political agenda was to improv the country's flailing economy especially with addressing the gross inequality rate, which is one of the worst in the world. He has been proposing tax reforms and changes in policy that control how drug cartels and other milita groups are handled.His other drawcard is his plan to attract foreign investment in the country's transportation, telecommunications and energy sectors. Although a former guerilla fighter, today he encourages an end to violence and promotes reconcilation in the country.

"Rodolfo Hernandez’s supporters will be able to come and talk to us whenever they want (...). The opposition, whatever it may be, will always be welcome to dialogue", promised Mr Petro.

The vice-president becomes Francia Márquez, Colombia’s first Afro-Colombian to hold such a high office. Marquez, is a relatively young, single mother who managed to secure third position in the primary elections held in March. Marquez is new to politics compared with her running mate Petro, who has over twenty years of experience. The charismatic and ecologist activist represents a contemporary movement of voters who are concerned with saving the environment, LGBTQ rights, gender equality and equal economic opportunity for all and brought with her a huge support from the Afro-Colombian community.

A trend a new left-wing governments in South America

Colombia is now another South American country that has a leftist government, following countries like Honduras, Peru and Chile who have recently voted for a similar change. It's an earthquack in a country where moderates and conservatives have always governed in the 200 years.

In the previous election in 2018, the establishment candidate Iván Duque was elected against Petro, but faced mass street protest the year after his election, which intensified in 2021 with most cities paralyzed and 2-month-long street demonstrations accross the country.

"I called Petro Gustavo to congratulate him as the elected president of the Colombian people," announced on Twitter Conservative President Ivan Duque, who could not run again. "We have agreed to meet in the coming days to begin a smooth, institutional and transparent transition," he said.

The new government will come to power officially on August 7th.

Reactions in the US

Colombia’s largest export destination and source of imports is the United States, while for other South American countries China is the main economic partner.

In the US, some representatives from the Republican party are deeply worried about the change, branding the newly elected Colombian president a “terrorist” and a “thief” and calling to the US army to intervene... a souvenir of the worse manoeuvres in the middle of the 20th century when South American was considered the US backyard.

Republican Rep. Salazar calls Colombia’s leading presidential candidate .@petrogustavo a “terrorist” and a “thief” without having any proof of such accusations. Such language shouldn’t be taken lightly when these are the most violent elections in recent years. (.@AOC) https://t.co/UsQGbGQh3D

The election in Colombia of a former narco-terrorist Marxist is troubling and disappointing. The spread of left-wing totalitarian ideology in the Western Hemisphere is a growing threat. Florida stands with Colombian Americans on the side of freedom. pic.twitter.com/0O7UVccH6M

Although the new Colombian authorities will claim to do things differently, for example by renegotiating parts of the U.S.-Colombia free trade agreement to, especially in order to implement more equality and fight against poverty, the Biden administration will seek to maintain close links with Colombia.

More articles
Why is Indonesia building a new capital city?
Indonesia is one of a long list of countries which has chosen to relocate their seat of government to a better and ...
NEOM: A Futuristic City or just megalomania?
In 2025, a brand-new city should open in the Saudi Arabian desert. Named NEOM, the 26,500-square-mile metropolis is ...
France: huge defeat for the newly re-elected president in parliament elections
While polls were expecting French president Macron to get close to a majority in the new parliament, with Le Pen's ...
Can I travel to the USA from the UK? What are the entry rules?
In this article, we will be telling you if you can travel to the US from the UK and if yes, what the entry rules are. ...
Colombians vote for change in presidential election
The South American country of Columbia is in the midst of an election that is looking like it could create a massive ...