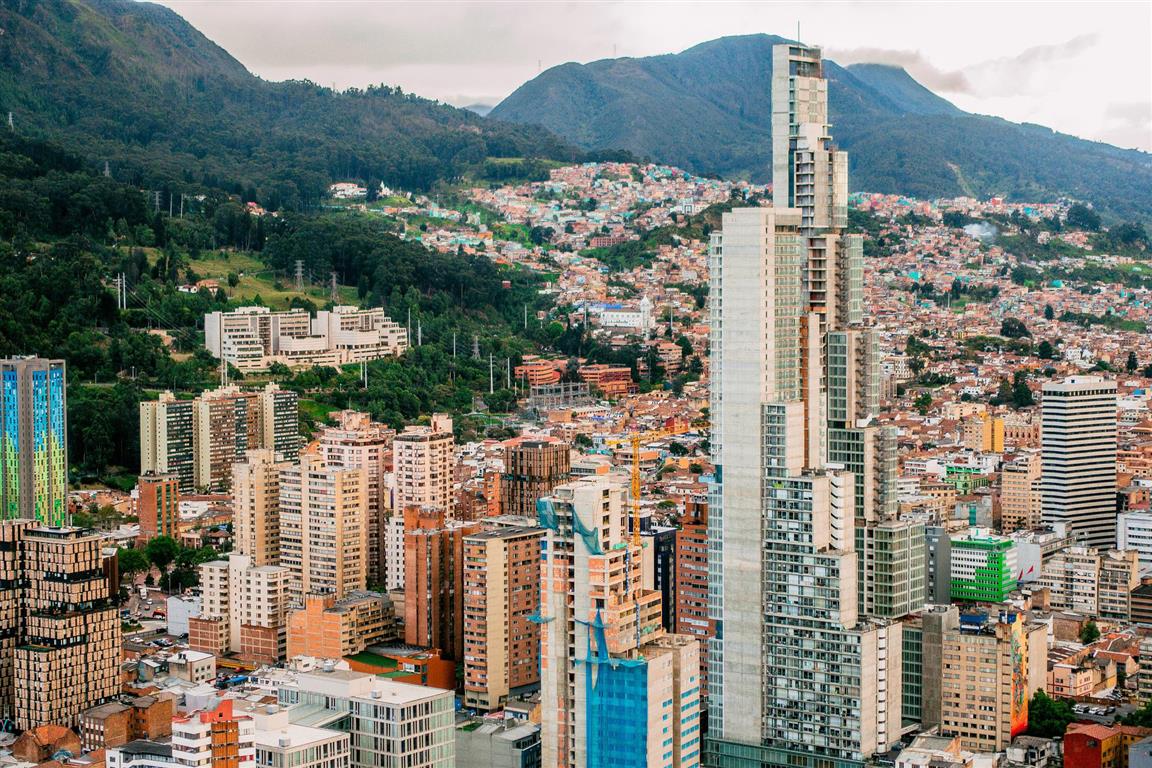 The South American country of Columbia is in the midst of an election that is looking like it could create a massive political pivot. After polls closed on Sunday 29th May, the leftist presidential candidate Gustavo Petro was in the lead with 40% of the votes against the populist businessman Rodolfo Hernández at 28%. The second round will take place on 19 June.

Colombia is in the throes of major political unrest due to an economy which is in a downward spiral because of the Covid-19 pandemic, social unrest and rapidly deteriorating security in the country.

The robust number of eligible voters are tallied at 39 million but abstention reached 45.2%. After the first round last Sunday, Gustavo Petro was a clear winner as he has received 40.32% of the votes and will face Rodolfo Hernandez (28.20%) for the second round of the presidential election on June 19th.

Why is this election important?

Right-wing President Iván Duque, whose tenure is at an end and who cannot run again, is viewed very negatively by many Colombians because his administration mismanaged police conduct, failed to address growing inequality, and were unable to control violent skirmishes between organized criminal groups.

There has been a radical shift from right towards the left as the electorate has been left extremely dissatisfied with the right-wing administration. However, even the more conservative electoral candidates have been calling for calm and more gradual political reforms.

“The vote serves to change the country and I think that this responsibility falls a lot on young people who want to reach standards that allow us to have a decent life,” said Juan David González, 28, who voted for the second time in a presidential election.

In a scenario where Petro wins the presidential election, Colombia would be another South American country that has leftist governments, following countries like Honduras, Peru and Chile who have recently voted for such change.

A left wing government would steer the country into a unique political age away from the right wing and moderates that have always governed.

In the previous election in 2018, the establishment candidate Iván Duque was elected against Petro, but faced mass street protest the year after his election, which intensified in 2021 with most cities paralyzed and 2-month-long street demonstrations accross the country.

Guerilla fighter Gustavo Petro is the previous mayor of Bogota who is taking a stab at the presidential campaign for the third time. This radical left-wing candidate is running on the political promise of improving the country's flailing economy and thereby addressing the gross inequality rate, which is one of the worst in the world. He is proposing tax reforms and changes in policy that control how drug cartels and other milita groups are handled. Although a former guerilla fighter, today he encourages an end to violence and promotes reconcilation in the country. His other drawcard is his plan to attract foreign investment in the country's transportation, telecommunications and energy sectors.

Businessman and independent candidate Rodolfo Hernandez is another former mayor of one of Colombia's larger cities, Bucaramanga (where there is a case open against him for corruption). Hernández is a real estate tycoon and has only a few connections to political parties but the last few weeks have seen him gain popularity in the polls with voters who reject the radical stance of Petro and the more conservative Gutierrez. He has pledged to minimise careless government expenditure and to offer compensation to people who report corruption.

His claim to fame is to use unconventional means to address voters. He doesn't appear on television in debates or in interviews with international news outlets. However, this eccentric has appeared on CNN in his nightclothes as a way to proclaim to the world that he was a “man of the people”. Although one of older candidates running (he is 77), he has embraced social media as a means of connecting with his base. He proclaims himself "the king of TikTok". In fact, the way he uses social media to address voters has drawn comparisons with the US's Donald Trump and Brazil's Jair Bolsonaro.

The big loser was the younger right-wing candidate Federico "Fico" Gutierrez, who is also a former mayor of the second largest city in Colombia, Medellin. This candidate was running on the political platform of economic constancy and was considered during the campaign as Petro's challenger. He believed the best way forward for Colombia's economic troubles was to stay the course of economic growth and business-friendly policies as it was for the past 20 years. He had the support of most of Colombia's traditional parties who run on a pro-business, economic growth manifesto. Gutiérrez has pledged to eradicate hunger by extending food subsidies and public-private accords so that food that is usually discarded will be provided to the needy.

After the result were announced, Gutierrez conceded defeat and endorsed Hernandez, which makes things uncertain for Petro. If we add the score of Hernadez (28%) and Gutierrez (24%), it makes more than the votes that Petro got last Sunday (40%). Therefore, it might be a tighter race than expected on June 19th.

Frontrunner Petro has chosen Francia Marquez as his vice-presidential running mate. This news caused shock in politcial circles, mostly because when elected she would be the first Afro-Colombian to hold such a high office. Marquez, is a relatively young, single mother who managed to secure third position in the primary elections held in March.

Marquez is new to politics compared with her running mate Petro, who has over twenty years of experience. She represents a contemporary movement of voters who are concerned with saving the environment, LGBTQ rights, gender equality and equal economic opportunity for all.

The Afro-Colombian community, even though one of the largest groups in South America, have been side-lined historically. They have never enjoyed equal opportunities both politically and socially. Marquez's nomination has buoyed the hope of many in that community. Millions of Colombians of African descent now have representation in higher office and the anticipation of improving their social standing in the country.

Ingrid Betancourt, former FARC hostage, announced only 9 days before the first round that she was withdrawing from the race and was supporting Hernandez. The former French-Colombian senator wanted to be a candidate under her own party, Green Oxygen. However, while she hoped to present herself as a reconciliation candidate in a country divided for decades between rebels and central governments, her candidacy never took over, with no more than 0.8% in the polls lately.

The Farc rebels was a Marxist group that fought against the Colombian governments for over 50 years before signing a peace deal in 2016. After six years of captivity, Betancourt was rescued with the help of army spies inside the FARC rebels in 2008. Although very popular in France, her character attracts a lot of controversy in Colombia where she has been accused of trying to make money over her abduction by the FARC.

However, citizens who wanted to travel home from Venezuela to Colombia to vote were stopped at the border by the Venezuelan Guard. Petro plans to resume diplomatic talks with the Venezuelan government which had broken down in 2019. He also hopes to resume commercial relationships with the neighbouring country.

Colombia has experienced major economic blows recently with the Covid-19 pandemic. Almost 39% of the country's population survive on only $89 a month and inflation in Colombia is at its highest in twenty years. Meanwhile, last year the Red Cross reported Colombia had the highest violence level in five years.  Even though there is a peace deal with FARC, other armed groups have  taken control of drug-trafficking routes and territories.

The incumbent will have to tackle Colombia's economic challenges, in addition to the complicated security issues and corruption. All of these issues are the top concerns of voters in Colombia

In any case, it seems that much of Columbia wants a change after decades of conservative governments in the hands of the same political elite, either in favour of the left with Petro, or some uncertainty with the populist but unknown Hernandez.