Egypt's New Administrative Capital as it is currently known, is being designed to serve as something of a circuit-breaker to the congestion and overpopulation of Cairo, home to nearly 20 million people and one of Africa's largest cities. The NAC is the latest example of countries attempting the mammoth task of relocating their capitals, a move that has met with varying degrees of success throughout history.

Rising from the desert sands 50km east of Cairo stands the framework of an imposing city, replete with grandiose architecture, oversized monuments, wide plazas and government buildings. But far from being an ancient citadel of the pharaons, this construction megaproject represents the early stages of one of the 21st century´s most ambitious urban developments.

As its name would suggest, Egypt's New Administrative Capital is being built to become the centre of the country´s government and financial life.

With the population of the Cairo Metropolitan Area set to double by 2050, the Egyptian government's stated reason for constructing an entirely new city from scratch is to reduce the burden on Cairo's already strained infrastructure.

The NAC is not only predicted to be the future home of more than 6.5 million people, it will also be the site of all of Egypt's government ministries, as well as the country's executive branch. The city will also be home to what is planned to be the world´s largest military defence complex.

Without doubt, however, the real jewel in the NAC's crown will be the one-kilometre tall Oblisco Capitale which, if completed, will become the world's tallest building. Soaring 1000 metres over the surrounding Sahara and designed in the form of a pharaonic obelisk, the skyscraper is a clear metaphor for the towering ambition of Egypt's current ruler Adul Fattah al-Sisi. After coming to power in a military coup in 2014, the former general has shown a penchant for mega-projects.

These projects already include a multi-billion dollar expansion of the Suez Canal as well as the construction of a series of new cities to house the country's burgeoning population including New Alamein City and New Aswan City.

A "dream" that raises many criticisms

Those familiar with Cairo´s teeming traffic and congested streets will be all-too-familiar with the fact that the centre of the city around Tahrir Square is often impassable. This is due to both the sheer amount of traffic in the area and the heavy security put in place for the key government ministries located there.

In addition, unlike planned capitals like Washington DC in the United States or Canberra, Australia where the organs of government are centrally located, Cairo's governmental infrastructure is spread out across the sprawling city. That has added to the financial and logistical difficulties of governing a country that has seen significant civil unrest during the past 15 years.

The NAC's official spokesperson for the project, Khaled El-Husseiny meanwhile, has previously claimed that the existing capital Cairo is "ugly", has "no humanity" and that construction of the New Administrative Capital is necessary for the country´s future.

"Cairo isn´t suitable for the Egyptian people," El-Husseiny told the Guardian newspaper. "There are traffic jams on every street, the infrastructure can´t support the population and it´s very crowded. Without any specific master plan, it has started to become ugly…there's no humanity."

But while President Sisi has stated that the inauguration of the new city the size of Singapore would represent "the birth of a new state", not everyone sees it in such a positive light. 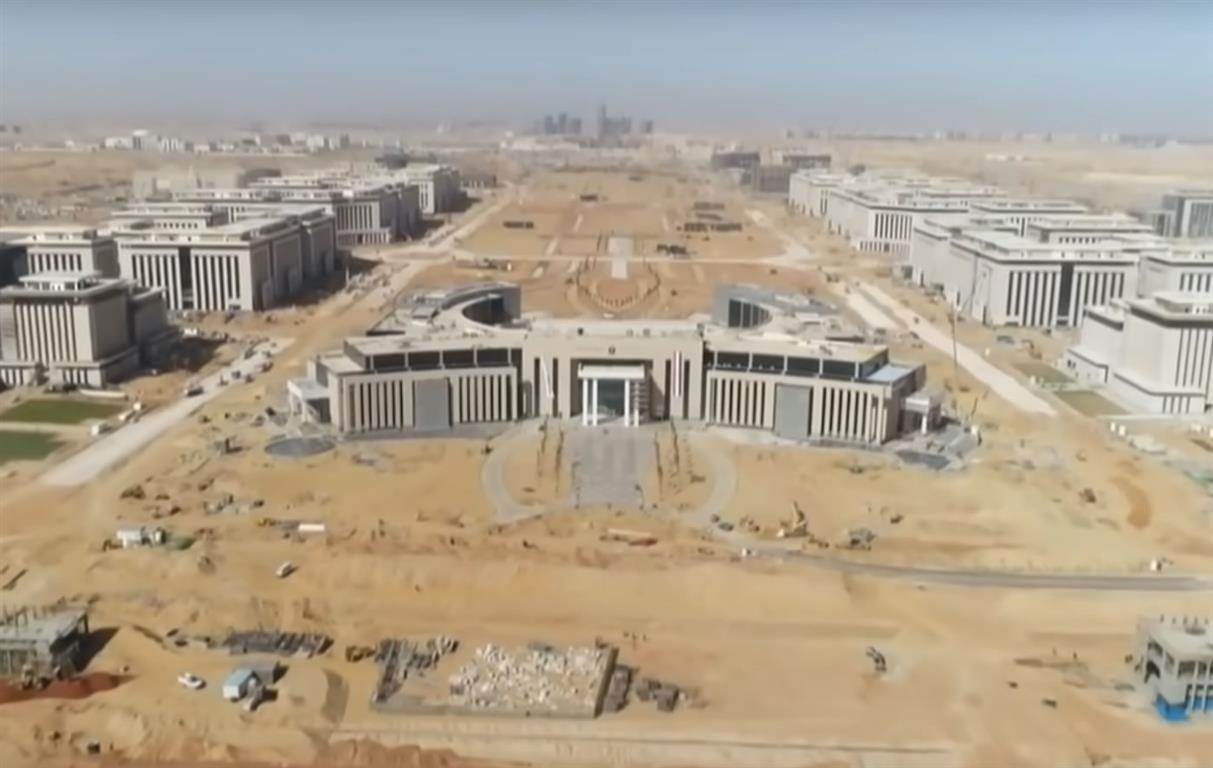 Detractors have pointed to the enormous cost of the project, estimated at $45 billion for the first stage alone, the high cost of housing in the new city, and the heavy role of the military in its development as cause for concern.

For Galila el-Kadi, an urban planner at the Institut de recherche pour le développement based in France, this new city located only a few dozens of kilometers south-east from the current capital, "is a mystery". It does not compete with Cairo, as Brasilia did with Rio de Janeiro and Sao Paulo, but rather prolongs a little more a megalopolis already engorged.

"It's already on the edge of Cairo without anyone moving there yet and within a few years, it will expand and fuse into Cairo. This will only increase problems of managing human density of such magnitude", she said to the French news agency AFP.

Writing for Al Jazeera, the University of Lancaster's Mustafa Menshawy argued that it was the military, along with the country´s already privileged classes, which were most likely to benefit from the scheme.

"If you look beneath the surface, and most importantly, follow the money, you will see this project is much more than an altruistic effort by the government to decongest Cairo and improve the living conditions of the city's inhabitants", Menshawy wrote.

With apartment costs in the city far above what regular Egyptians and government workers could hope to afford, sceptics claim the city will become something akin to the world's largest gated community for the elite.

El-Husseiny, however, refuted that idea.

"Forget the numbers, they´re not important and not fixed", he said, frustrated. "We have a dream, and we're building our dreams now." 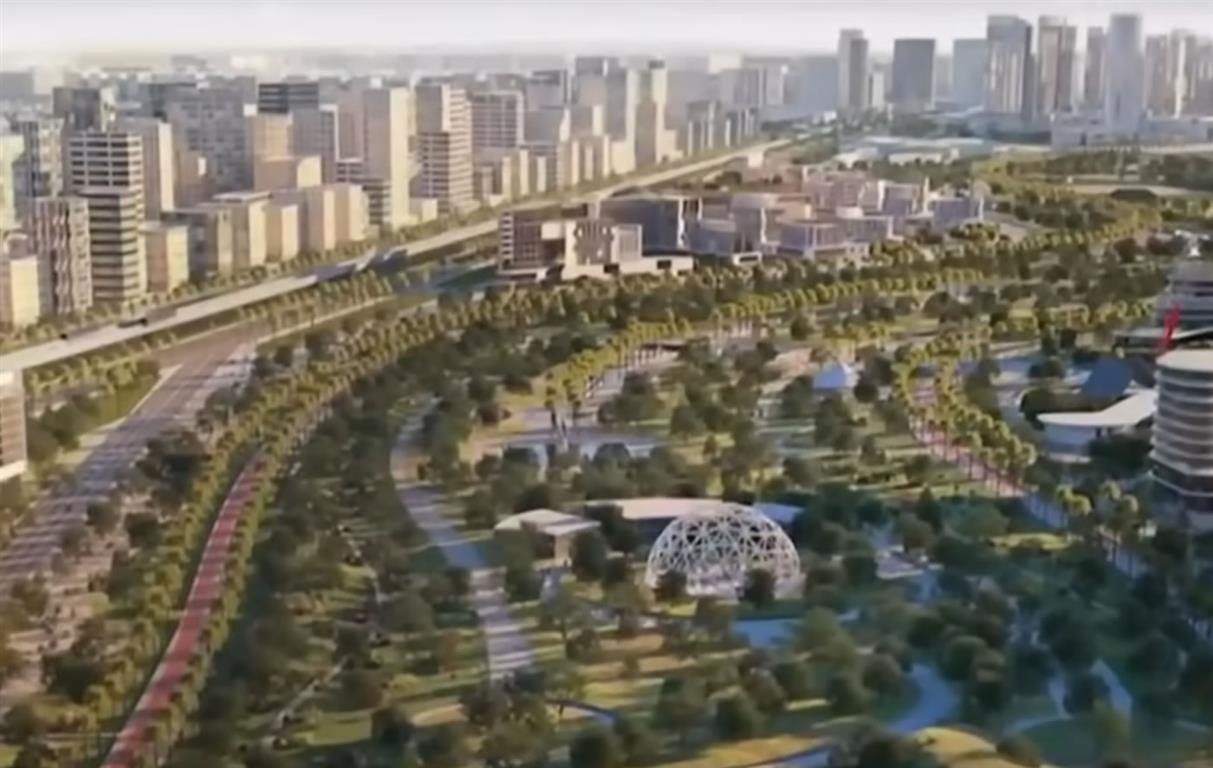 What do Burma, Malawi, Kazakhstan and the Ivory Coast have in common? Aside from all being countries most people would likely struggle to find on a map, they are all nations that have either moved, or built entirely new capital cities in recent years.

Going back a little further in time, a number of countries have designated new capitals since 1950.Along with those mentioned above, some other notable examples include Pakistan, which moved its capital from Karachi to Islamabad in 1967 and Brazil, which established its capital at Brasilia in 1960.

There are several reasons that countries decide to stake their flag in a new capital city. As in the case of the Egyptian government´s case for the NAC, these can often rest on economic arguments.

When Brazil switched its capital from Rio de Janeiro to Brasilia, one of the main justifications for the move from then-president Juscelino Kubitschek de Oliveira was to better integrate the country´s vast hinterland into the national economy.

Issues relating to national unity and stability are also common motivators when it comes to packing up a government and moving shop. That was certainly the case in Malawi, which moved its capital from Zomba to Lilongwe in 1975.

10 years later, in her paper Capital Relocation in Africa, author Deborah Potts spoke to the geographic importance of a capital city´s location.

"Theoretically, a more central and neutral location for the capital…allows for more effective administration; it may also help to legitimize the government by allaying the regional jealousies and feelings of neglect engendered in areas of the country outside the "core" area of the old capital", she wrote.

Examples of countries that have changed their capital in recent years