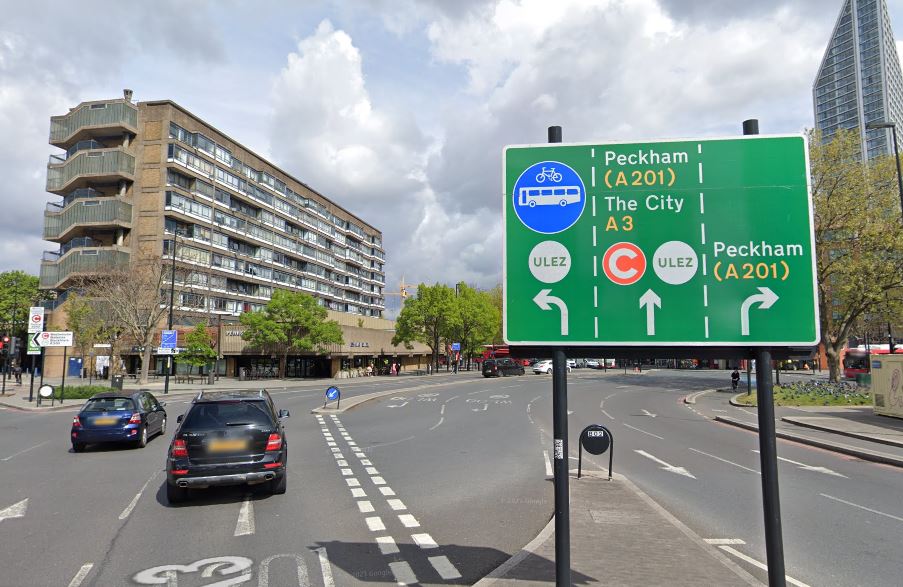 Major cities like London, Paris, Milan and Copenhagen have instituted a variety of urban vehicle access regulations and fees for using motor vehicles in specified, densely populated areas in an effort to minimise vehicular traffic congestion and the toxic fumes they emit.

It is now very expensive to drive your car in those designated areas, even newer ones with lower emissions. This encourages people to use public transport and entices car manufacturers to design lower-emission or even electric/hybrid engines.

London's congestion charge was set-up in 2001 and cost was originally £5. Suspended during the pandemic, it was recently reinstated. was reinstated recently. This charge is applied to almost all vehicles that enter the restricted zone.

The charges are £15 per day between 7 am and 10 pm if you pay in advance or on the day of travel. However, the rate increases to £17.50 if it is paid afterwards. It includes weekends and holidays except Christmas. Payment can be made conveniently via online means.

How will you know when you are entering a congestion zone?

It is clearly marked by the letter C in a red circle.

What happens if you don't pay?

You will receive a Penalty Charge Notice for £160 and be expected to settle this amount in the 28 days that follow. There is a 50% discount if you pay within two weeks.

What about if you live in a congestion zone, are disabled or ride a moped?

Bicycles, mopeds or motorbikes also pay no charges. Some electric and hybrid passenger vehicles can apply for a Cleaner Vehicle Discount.

In a bid to further improve the air quality in London, the Ultra Low Emission Zone (ULEZ) charge has also come into effect. It covers an area slightly larger than the Congestion Charge Zone but this affects only some high polluting vehicles that are not compliant with the Euro 6 standards for exhaust emissions. The vehicles affected are generally pre-Euro 6 diesel vehicles (manufactured around 2016) and pre-Euro 4 petrol vehicles  (manufactured around 2006).

Euro 6 are a set of regulations controlling the level of acceptable emissions from vehicles. There are different emissions standards for petrol and diesel cars because each fuel produces different air pollutants.

At present, the daily charge for non-compliant vehicles is £12.50 for vehicles up to 3.5 tonnes and £100 for heavier vehicles over 3.5 tonnes.

Low Emission Zone (LEZ) charge applies to older heavy vehicles such as lorries, vans and coaches. Since March 2021, the emission standards for LEZ and ULEZ are almost similar but the area covered and charges differ.

There is no congestion charge in Paris to enter the city, but Paris has four environmental zones each with its own criteria and charges. They differ by being permanent (ZFE) or temporary (ZPA) zones.

Note that there are other cities in France that have established ZFE, such as Grenoble and Lyon for example. Other projects are underway for Lille and Strasbourg.

Milan is one of Italy's busiest cities. The ECOPASS scheme was implemented in 2008. This was a restriction imposed on highly polluting vehicles entering the city centre. It also hoped to encourage motorists to use public transport to decrease congestion or make the switch to lower emission vehicles to decrease air pollution. However, it only succeeded in encouraging motorists to use newer, cleaner vehicles so the congestion issue was not resolved.

In June 2011 the ECOPASS was replaced with a more thorough scheme to reduce congestion, known as “Area C”, which covers an 8.2 km² zone.

The daily cost is €5 per day for road users entering the city centre between 7.30am and 7.30pm. If you are resident in the city centre your first 40 entries into the zone are free and you pay a reduced fee of €2 per entry thereafter. There are no charges for electric and hybrid cars. Motorists can easily purchase a ticket from a meter or various retail outlets, or the Italian electronic Telepass system, which is an automatic payment for motorway tolls.

The scheme is sympathetic to shops in the city centre, e.g. on Thursdays the charging period is shorter so shoppers can take advantage of late shopping.

This scheme has successfully reduced traffic in the designated areas and decreased pollution by over one third. The revenues generated have been invested in public transport and other mobility-related infrastructure, like bicycle sharing schemes.

The congestion charge was implemented in 2008 and is applicable for all hours, every day with no exceptions. The start and end of the environmental zones are clearly marked with a red circle and the words "environmental zone" (Miljøzone) at the bottom.

All vehicles require a valid sticker (see Registration Denmark ) to enter the low emission zone. Fines payable can be up to €1,700 if you break the rules.

Other cities in the World

This city started to curb inner-city traffic congestion as early as 1975 by introducing the Area Licensing Scheme (ALS).

It encouraged carpooling into demarcated areas of the city during peak times by charging a flat fee of US$1 per car if the number of occupants was 2 or less. Cars with more than 3 occupants and certain heavy vehicles were exempt. Any rule violations were expensive.

The US city has a variation to the congestion zones levy. This city has implemented a freeway tolling system where motorists who have paid the special fee of US$8 can use express lanes to avoid gridlock on the regular lanes.

However, critics claim this only serves to favour wealthier people who can afford it.

The recent political upheaval in this city may delay the implementation of its congestion tax which was supposed to fund upgrades in the city's public transport system.

More articles
Recent Developments for Filing U.S. Taxes as an Expat in 2022
For most Americans residing overseas, filing a U.S. tax return, if done right, is only a reporting exercise that ...
New visa for retirement in the UAE
The UAE government has over recent years introduced new types of visas to encourage expats to live in the region for ...
How to move to Singapore: a guide for expats
This article will explore everything you need to know about making the move to Singapore. ...
Quebec set to welcome more migrants to address its labour shortages
The Quebec government is making the immigration process easier to encourage more foreigners to settle in the Canadian ...
Dramatic fall of foreign students in the UK after Brexit
Two years have passed since Brexit and the start of the global Covid crisis. This seems like an excellent time to review ...