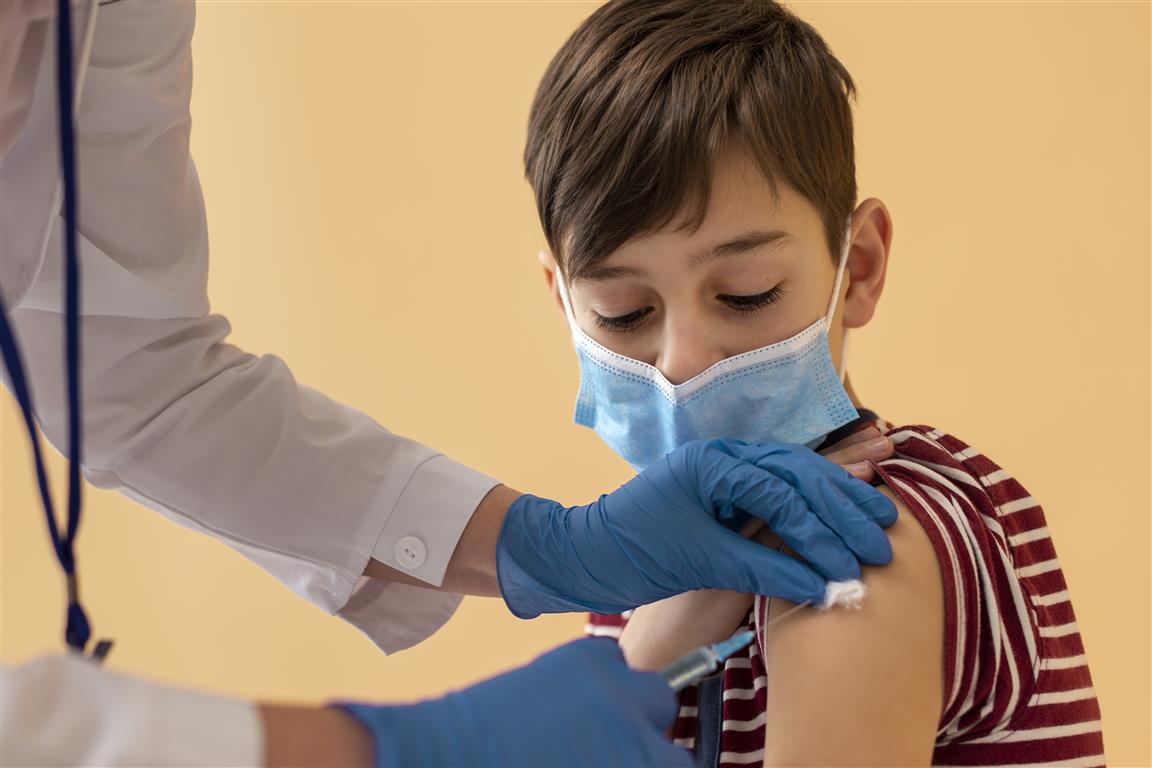 Many countries, including Germany, France, Dubai, Bahrain... etc are now offering vaccination for children from 12 year-old. They use mainly Pfizer and Moderna, but others such as China or Indonesia are also using Sinovac. Under-12 vaccination is still under test.

With the entire world in the firm grip of the Covid-19 pandemic, the last few months have delivered life-saving vaccines from different countries but also the emergence of more variants which can threaten the progress made by the vaccines.

Even though fewer children are being infected compared with adults, researchers discovered that some children can spread the virus easily without showing symptoms, while others can contract the virus easily and become seriously ill.

Doctors and scientists have agreed that inoculating children against the Covid virus must form part of the global vaccination campaign if we are to stop the spread of the virus. This is especially important now that many countries are easing lockdowns and other stringent rules, which could encourage further spreading and the development of more variants.

Months of vaccine rollout to a sizeable proportion of the global adult population and the rigorous  monitoring of the vaccine effects have yielded important data that show which of these vaccines are safe for children.

Which vaccines are safe for children?

Earlier on during the pandemic, some people claimed that if enough adults were vaccinated, the herd immunity would cover the children as well. However, since children and teens make up a large portion of the world's population, it is now acknowledged they also need to be vaccinated to achieve herd immunity. According to the UN Department of Economic and Social Affairs, it is estimated that children and teenagers up to 17 years of age constitute 30.2% of the total world's population, which is equivalent to 2.35 billion people.

The Centers for Disease Control and Prevention (CDC) in the US, say that all children over the age of 12 should get the vaccine to stop the spread of the Covid virus.

As more test results become available from other vaccine trials over the coming months there may be more vaccines that get approved for this age group.

Which countries are vaccinating children?

The US, Israel, China, France, Italy, Mexico and Canada are only some on the long list of  countries who have approved certain vaccines for administration to under 18's. Dubai and Bahrain are also offering to vaccinate 12 to 15 year olds.

Earlier this month, Germany took the decision to vaccinate kids 12-17 years of age with parental consent and after a general medical consultation to exclude any serious health complications. Germany has already inoculated about 10% of all the children in this age group. France has also open vaccination to all 12-17 year-old children since mid-June, and are even encouraging all of them to get vaccinated before October, when it will be mandatory for them to show proof of vaccination and tests to enter cinemas and restaurants.

On the other hand, authorities in the United Kingdom as of 19 July have recommended postponing their vaccine rollout to children saying that this age group shows low rates of serious illness even though the Pfizer-BioNTech vaccine was approved for use in 12 to 15-year-olds in June.

Initially, the UK recommended that the children who should get the vaccine (limited to only Pfizer-BioNTech) are only those who have other serious health conditions or those children living with adults who are medically vulnerable. This decision is supported by their evidence that serious illness, death and long-Covid syndrome is extremely rare in healthy children. However, on the 4th of August, the British Joint Committee on Vaccination and Immunisation (JCVI) advised that all healthy children who are 16 and 17 years old may be given a single shot of the Pfizer-BioNTech vaccine. This health authority will analyse all data acquired and then provide an update on whether this age group will require a second dose.

However, there is concern amongst some paediatricians that very little is known about how the virus affects children because of insufficient data. In many countries, Covid data of deaths and serious illness that require hospitalisations do not specify age groups, like in some sub-Saharan countries. Researchers are therefore unable to correlate Covid related deaths with factors like age, malnutrition, other infectious diseases like tuberculosis and HIV.

School disruptions are one of the main reasons some parents are in favour of a Covid vaccine for their under 12 year old children. Another reason is the prevalence of the Delta variant and how rapidly it is spreading in communities.

Pfizer-BioNTech and Moderna have initiated multiple clinical trials since March this year to study how the vaccines affect children under 12's. The Johnson & Johnson vaccine team is still collecting data on the age group of 12 to 17 years old. They're hoping to start their next phase of studying ages 2 to 11 soon after.

Only once all the safety results are obtained and reviewed by all the major regulatory authorities can we expect any answer as to when to expect a vaccine for under 12's. The entire testing process is even longer and far more stringent than for clinical trials in adults. Preliminary results are expected sometime later on in the year.