The effects of extreme weather in 2021 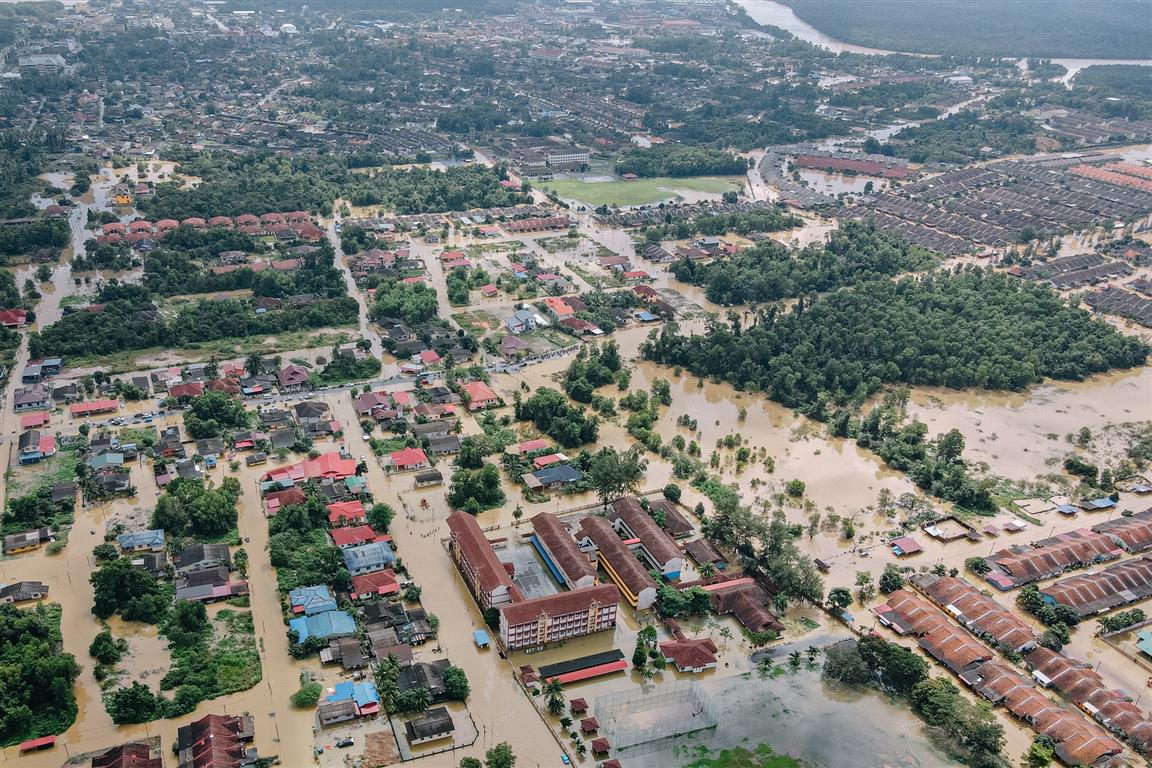 Europe, China, Russia, America: flash flooding and wildfire threatening entire regions. As the Covid19 pandemic is slowing down, we are now facing other threats, and they are most likely caused by our lifestyle.

Central Europe has been hit by severe flooding this summer. Extreme rainfall has caused rivers across the region to break their banks, with the Danube and Elbe particularly affected. People living in affected regions in Austria, Czech Republic, Germany, Hungary and Slovakia have been evacuated from their homes.

Single weather events like these floods can’t be statistically associated with climate change. But the impact of climate change means that extreme weather, including heavy rain and flooding, will become more frequent. According to Eva Glawischnig, federal spokesperson for Die Grünen, the Austrian Green party, this means building solid protections against flooding must be a priority.

“The [Austrian] Environment Minister has cut the budgets committed to flood protection. Climate change should not be a side issue, but be actively pursued, along with flood protection. Looking at economic and environmental interests separately is not useful."

The Austrian authorities are proposing a combination of technical protection, including dykes and drainage, as well as natural protection, such as meadows, forests and marshes. More info here.

Beginning on July13, intense storms dropped as much as 15 centimetres of rain in 24 hours, swelling streams that then washed away houses and cars and triggered massive landslides. At least 196 people had died as of 20 July (165 in Germany and 31 in Belgium).

As the magnitude of the destruction becomes clear, European scientists are wrestling with how such damage could happen in some of the world’s wealthiest and most technologically advanced countries, despite major investments in flood forecasting. And they are examining whether climate change helped fuel the disaster—and what that might mean for the future. Researchers are just beginning to unravel the complex web of climatic, hydrological, and social factors that contributed to the catastrophe. But they already have some suspects in mind, including a warming climate that can supercharge rainstorms.

For years, scientists have warned climate change will mean more flooding in Europe and elsewhere. Warmer air holds more moisture, which can translate into heavier rainfall. By 2100, flood damage on the continent could cost as much as €48 billion per year, up from €7.8 billion now, if nothing more is done to prepare. The number of people affected could more than double to some 350,000, according to the European Commission’s Joint Research Centre.

New research suggests such risks could grow if climate change slows the Jet Stream (the high-altitude winds circling the Northern Hemisphere) causing drenching rainstorms to linger longer over flood-prone landscapes. Storms that stall over Europe were once exceedingly rare. But according to a study published last month in Geophysical Research Letters, in a worst case scenario such storms could become as much as 14 times more common in 2100 than they were at the start of this century.

Heavy rainfall hit the province of Henan on July 20, causing flooding in numerous towns and cities. Zhengzhou, the provincial capital of 12 million people, was one of the hardest- hit areas, with entire neighbourhoods submerged.

Of the total deaths, 292 were from Zhengzhou. Most were killed from floods and landslides, while several dozen were killed from house collapses, and another 39 drowned in underground spaces including basements and garages. The drowning deaths include 14 who died in a flooded subway line, where many passengers were stranded in subway cars up to their necks in floodwater, as fast-moving currents ripped through the network of underground tunnels. More than 500 passengers were evacuated from the subway line, authorities said several days after the initial flooding.

The flooding hit smaller cities and villages as well, with rivers swelling beyond warning levels and numerous reservoirs overflowing, affecting hundreds of thousands of people, according to CNN.

Siberia was hit by a heat wave in July, resulting in 187 wildfires. Residents of the city of Yakutsk have been told to stay at home as smoke from wildfires covered the city. Forest fires in Siberia are an annual event, but they are gaining in intensity, as reported by DW. Flights in and out of Yakutsk, who has a population of some 332,000 people, were suspended due to the smoke.

Russian authorities have blamed the widespread blazes on unusually high temperatures and the neglect of fire safety rules. However, the Kremlin also acknowledged that climate change was also a factor.

In previous years, Russian authorities often chose to ignore wildfires in remote and sparsely populated areas of Siberia, where there is usually very little danger for human life.  However, with summers getting hotter and making forests more susceptible to flames, wildfires are now drawing more attention. 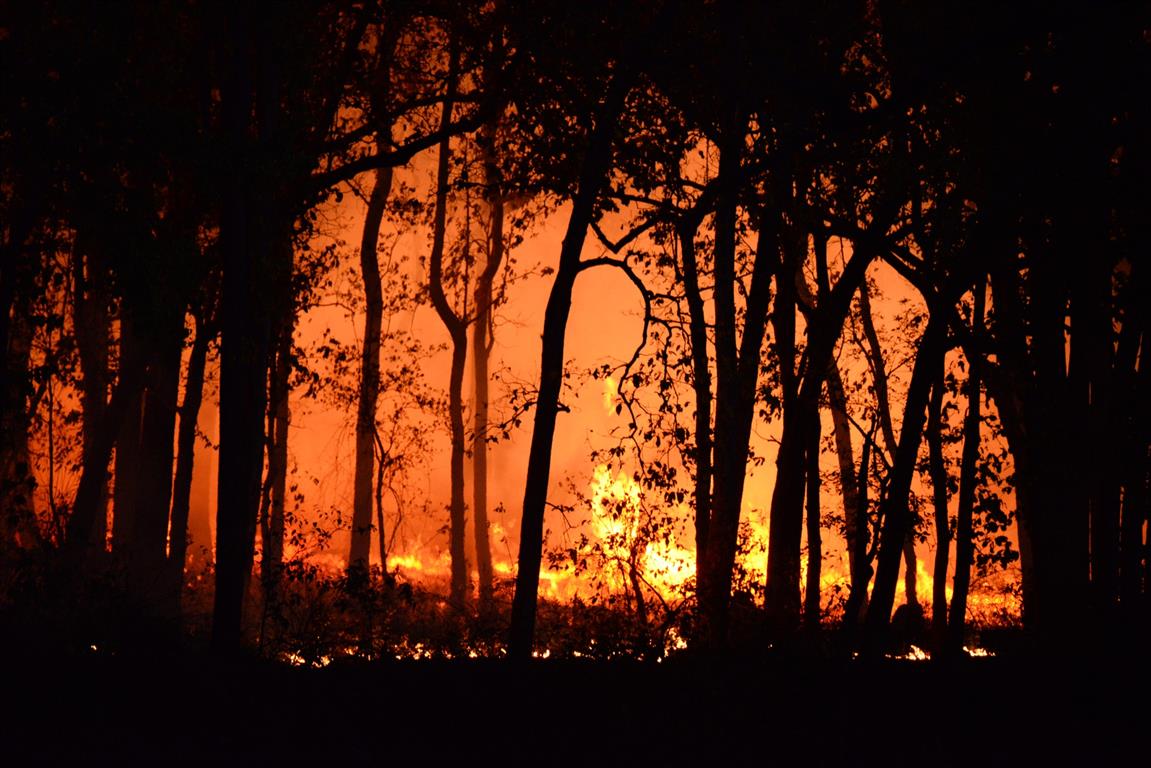 During the last days of June 2021, Pacific north-west areas of the U.S. and Canada experienced temperatures never previously observed, with records broken in many places by several degrees Celsius.

World Weather Attribution has reported that multiple cities in the U.S. states of Oregon and Washington and the western provinces of Canada recorded temperatures far above 40ºC (104 ºF), including setting a new all-time Canadian temperature record of 49.6ºC in the village of Lytton. Shortly after setting the record, Lytton was largely destroyed in a wildfire. The exceptionally high temperatures led to spikes in sudden deaths, and sharp increases in hospital visits for heat-related illnesses. Heat waves are one of the deadliest natural hazards and this one affected a population unaccustomed and unprepared for such extreme temperatures, with most homes lacking air-conditioning for instance.

Understanding the cause of climate change

Scientists from the US, Canada, the UK, the Netherlands, France, Germany and Switzerland collaborated to assess to what extent human-induced climate change made this heat wave hotter and more likely. Based on observations, the occurrence of a heat wave with maximum daily temperatures is virtually impossible without human-caused climate change.

There are two possible sources of this extreme jump in peak temperatures. The first is that this is a very low probability event, even in the current climate which already includes about 1.2°C of global warming — the statistical equivalent of really bad luck, albeit aggravated by climate change. The second option is that nonlinear interactions in the climate have substantially increased the probability of such extreme heat, much beyond the gradual increase in heat extremes that has been observed up to now. The second possibility needs to be investigated further, especially as climate models do not show it.

With those assumptions and combining the results from the analysis of climate models and weather observations, such event of extreme temperatures would have been at least 150 times rarer without human-induced climate change. In addition, this heat wave was about 2°C  hotter than it would have been if it had occurred at the beginning of the industrial revolution (when global mean temperatures were 1.2°C cooler than today).

Looking into the future, in a world with 2°C of global warming (0.8°C warmer than today, which at current emission levels would be reached as early as the 2040s), this event would have been one additional degree hotter. An event like this – currently estimated to occur only once every 1000 years, will occur roughly every 5 to 10 years in that future world with 2°C of global warming.

In summary, an event such as the Pacific Northwest 2021 heat wave is still rare or extremely rare in today’s climate, yet would be virtually impossible without human-caused climate change. As warming continues, it will become a lot less rare. The results provide a strong warning: our rapidly warming climate is bringing us into uncharted territory that has significant consequences for health, well-being, and livelihoods.

Author: Oana Tamas
I am passionate about life. Nature, people, art and everything that is making its magic on this beautiful planet, is worth our attention. I believe that communication is the key of life and wellbeing and I am a content writer for EasyExpat.com
Tools:
Bookmark
Print
Send
Tools: