Yet another city rating for expats 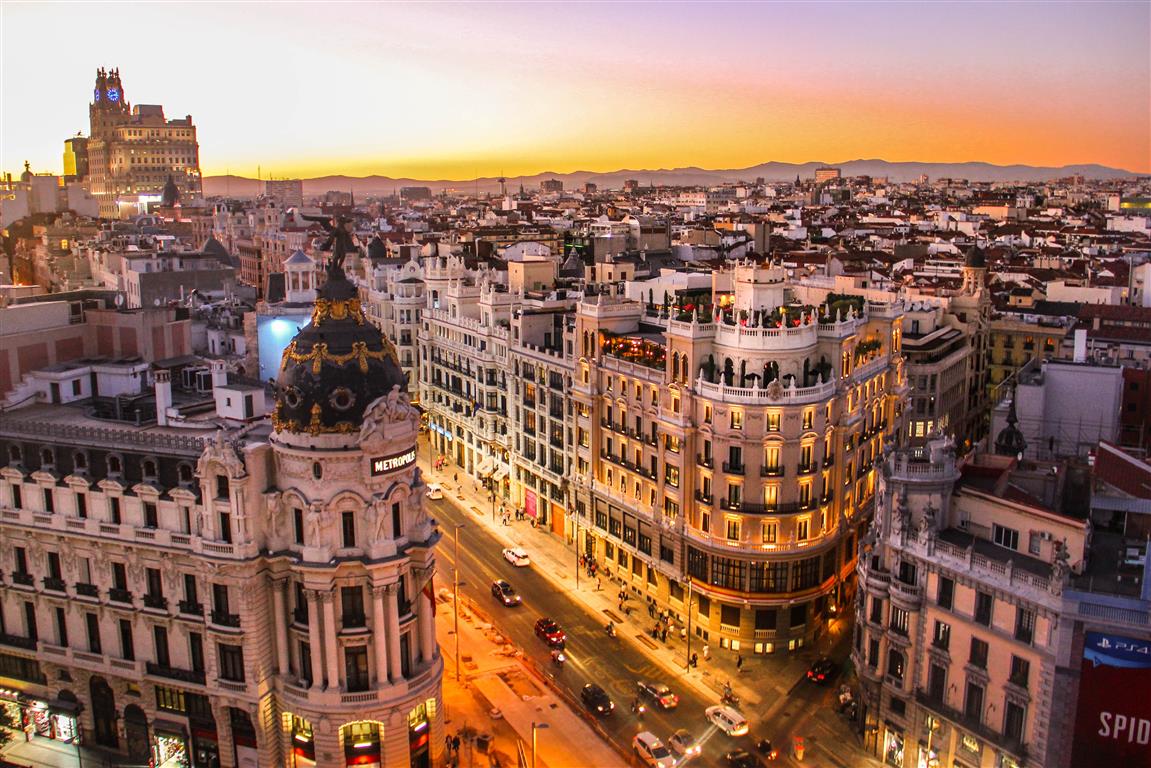 Madrid is the most attractive city for expats according to a new survey. Reykjavík in Iceland and Luxembourg make the podium. Other Eastern European cities are also ranking high.

With the nomadic lifestyle of many expats, it is prudent to keep abreast of all the best cities in the world to live and work. Depending upon your personal criteria for choosing your next big move you can simply read the latest poll to see what other expats say. These types of polls are numerous and look at very specific areas that are important to expats, like standard of living, average cost, etc. There is a new survey conducted almost every few weeks by different companies for various reasons, and the results are published with cities ranked as most to least desirable city to live (based on specific criteria), and work in for expats.

Madrid is the most attractive city for expats

In the latest such survey, Madrid was crowned as the most attractive city for expats to work remotely during the current pandemic. This Spanish city beat other cities like Monaco, Dublin and Amsterdam hands down in the categories of average salary, life expectancy, affordable healthcare, and overall happiness and satisfaction.

This specific survey was conducted by MoverDB, which is a British company dedicated to supplying impartial information on various moving companies and the costs associated with a big international move. A company spokesperson explained that Madrid topped the list because it was rich both historically and culturally, and this appealed to the wandering expat. Other reasons cited for its popularity was the superior healthcare system which improved general life expectancy.

In a post Covid-19 world, expats will be more discerning with their choices of destination and a robust healthcare system will certainly feature highly, together with a great quality of life, relatively low cost of living and a healthy work-life balance.

Madrid has an extensive and cost-effective public transport system which contributes to the relatively low cost of living in the city. It offers the discerning expat gourmet dining experiences with as many as 18 Michelin starred restaurants all within close proximity to each other.

>> Browse our city guide on Madrid.

Iceland's capital made it to second place on the list. The city's proximity to the rest of Europe, the abundant natural beauty of the surroundings, the great social welfare system and its rich culture are the factors that carried this beautiful city to second place. Iceland, like in many other Scandinavian countries, offers free healthcare, education and a great pension. All of these factors make it a very attractive city for expats.

The new kid on the block: Tallinn in Estonia

If you've never given Estonia a second thought as a possible expat destination, then think no further than the capital city of Tallinn. Although it ranked only 16th in a survey of "The World's Best Cities to Move to Post Covid-19" it performed very well in terms of average rental prices, average salaries, general cost of living and personal safety.  This city also has a healthy population of expats (15.4%) already residing in the city.

Tallinn scored quite high on MoverDB's scale of "life satisfaction index". It achieved a score of 175.99 whilst Madrid which ranks number one, achieved a lower score of 165.05. Employee overtime was low and night safety was ranked at 69%, which makes this city a great contender if you're looking for a destination that is off the beaten path. Tallinn is Estonia's main cultural, industrial and financial centre. It has a long and rich history with many museums and castles to explore. This is also a UNESCO World Heritage site that attracts many tourists every year.

Another interesting fact is that it has highest number of start-ups compared to other European cities and is listed as one of the top ten digital cities of the world.  It's not surprising that Skype originated in this city and has its software development centre located here.

If the weather of a city is important to you then be advised that Tallinn experiences mild summers (high temperatures can reach up to 21 degrees Celsius), and snowy winters (can go as low as -4.3 degrees Celsius).

UAE and other Gulf countries

Emirates remain very popular with expats with the highest percentage of international migrants at 88.4% in the UAE, according to statistics obtained by MoverDB. Expats are attracted to these countries for their tax-free salaries and healthy mix of diverse cultures and nationalities.

>> Browse our city guide on Dubai.

Cities that did not make the cut

Santiago did not fare well in this poll because most of the respondents cited the high crime rate and lower average salary as valid reasons why it would not be a suitable city to put down roots in.

Shanghai, the place to be in China

Another interesting Chinese survey revealed Shanghai as the most desirable city in China. The respondents were all expats with an elevated percentage of them being highly trained professionals in their respective fields.

This Chinese city has been declared the unanimous winner for the eighth consecutive year by Ministry of Science and Technology's State Bureau of Foreign Experts, who conducted their own survey recently, as being the most favoured city in China by foreigners. It beat other Chinese cities like Beijing, Shenzhen, Hangzhou and Suzhou. The bureau declared that only highly trained foreign professionals were interviewed for this survey, and among these respondents were also eight Nobel Prize laureates and one Turing Award winner. 58 of these expats have also been awarded the highest Chinese accolade which is the Friendship Award.  Some of the various categories in this poll included the working and living situation, policy and government affairs environment, and the state of science and innovation development.

To add credence to the results of this poll, there are officially 215 000 expats living and working in Shanghai. This value accounts for almost 24% of the total number of foreign workers in China, overall. Shanghai has attracted a very prominent figure of 18% of the best trained and talented individuals from various parts of the world, according to the Chinese State Bureau of Foreign Experts.

>> Browse our city guide on Shanghai.

If you're "shopping" for your next expat experience be sure to consult the latest polls taken by companies like MoverDB to get relevant information. These invaluable statistics can help you make your decision based on facts and opinions  that are important to other expats like you.