What Biden's election means for foreigners and expats in the U.S. 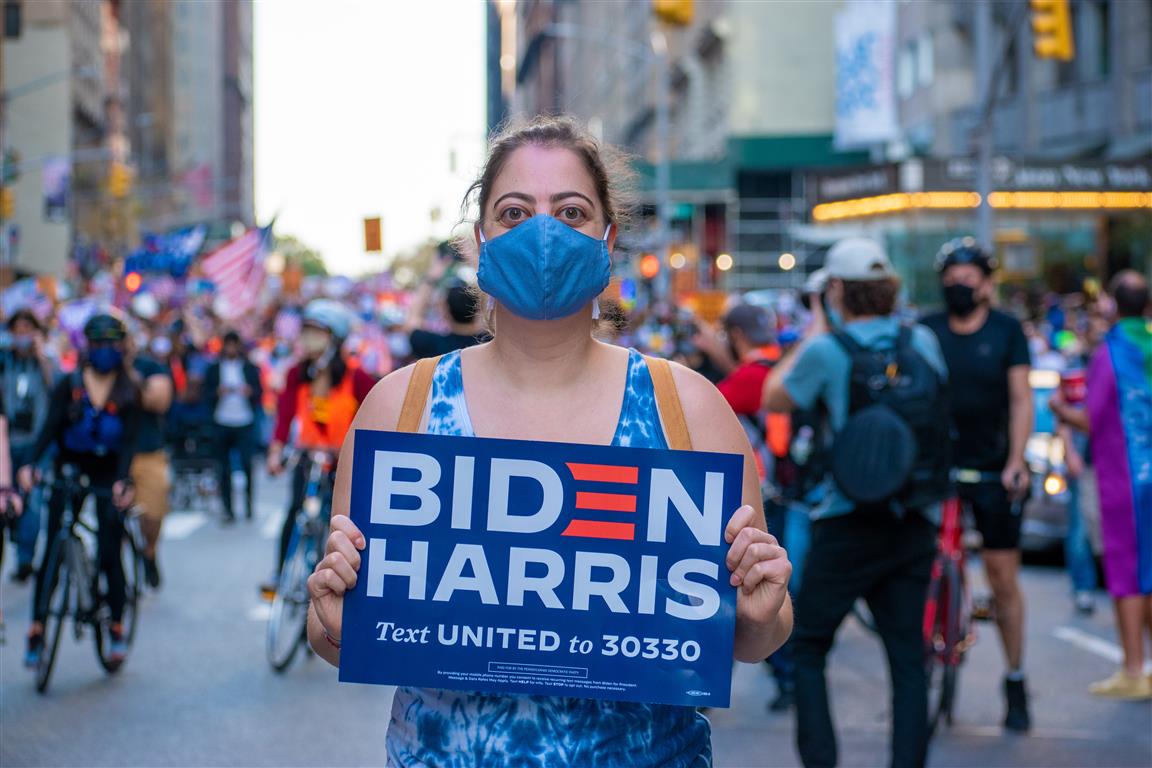 In our previous article, we have analysed what the election of Joe Biden as 46th president of the USA means for the American living overseas. In this article, we will now focus on the impact for the rest of the world.

For four years, Donald Trump's "America First" agenda would have meant misery for many foreigners. On the international stage, from the Middle East to Climate change, the US seemed at odd with the rest of the world. Internally, the policy was to discourage migrants to come, by banning many Muslim countries and scrapping many visa programmes. A Bidden Harris administration vows to revert all of that.

Forbes published an article about Biden's immigration policy at the beginning of November. The magazine says:

"By 2021, Donald Trump will have reduced legal immigration by up to 49% since becoming president – without any change in U.S. immigration law, according to a National Foundation for American Policy (NFAP) analysis. Reducing legal immigration most harms refugees, employers and Americans who want to live with their spouses, parents or children, but it also affects the country's future labour force and economic growth"

An April 2020 proclamation blocked the entry of legal immigrants to the United States in nearly all categories, including employment-based immigrants. A June 2020 proclamation suspended the entry of foreign nationals on H-1B, H-2B, J, and L non-immigrant visa programs. In October, the Trump administration issued 3 new regulations that would restrict H-1B visas, including eliminating the H-1B lottery.

Biden's campaign labelled Trump's policies as "national shame". Currently, the number of employment-based visas is capped at 140,000 each year (total annual cap on Green Cards available for Indians is 20,000, which has resulted in wait time stretching for decades). The new administration plans to work on a series of immigration reforms to revert Trump's restrictions on immigration. Some of the changes include:

It should benefits at lot of banks and tech companies which employ many high-skilled workers from around the world. Biden has assured to work with the Congress, with a Democrats' majority, on those issues. If the Senate remains Republican, ambitious immigration legislation more challenging. However, it is worth noticing that all Trump immigration policy was imposed with executive orders and proclamations on immigration, and therefore could easily be undone the same way.

In addition, Biden plans to repeal the travel ban issued on citizens of many Muslim countries (Iran, Libya, Somalia, Syria and Yemen) and North Korea and Venezuela. This ban includes at least some immigrants, refugees and visa holders from entering the U.S.

Back as a key player in international affairs

For the rest of the world, including foreigners living in the US, a Bidden-Harris election means primarily that the US should come back as a partner rather than an opponent on the world stage. A lot of instances of the 2020 Democratic party platform refer to rebuilding the "American leadership abroad".

It is clear that they intend to get back into the concerns of the international community as a key player, as they say:

"Democrats will take overdue steps to ensure our government is not caught off guard by public health threats, at home or abroad. [...] Democrats will also mobilize allies, partners, and international institutions to develop a more robust and effective global public health system. We will work to help the United Nations improve its facilitation efforts in public health crises, and we will establish a Global Health Emergency Board to harmonize crisis response for vulnerable communities.[...] Democrats recognize that the United States does not stand alone in the fight against climate change and global environmental degradation. We will fully integrate climate change into our foreign policy and national security strategies, and we will restore U.S. global climate leadership."

Biden's biggest experience during his 36-year-long senatorial career has been in foreign affairs (which probably led Obama to choose him as vice-President). It means that his administration will rejoin the Paris Climate Change Accord, they will be more critical with Israel but they might have more difficulties to revive the Iran agreement on nuclear, they will be less supportive of the Brexit process, won't threaten NATO, etc.

But on all of that, the main objective will probably be first to rebuild credibility both externally and internally.

More articles
Yet another city rating for expats
Madrid is the most attractive city for expats according to a new survey. Reykjavík in Iceland and Luxembourg make the ...
From the UK to Taiwan: Taiwanna Travel
My name is Matt and I'm originally from the UK. I've lived in many countries, but now I spend most of my time in Taiwan, ...
Remote working and its impact on expats
Remote working has been around for many years and, when offered and supervised, it seems to be working both for the ...