From Ireland, then Germany to Lausanne, Switzerland: Chaotic Journey 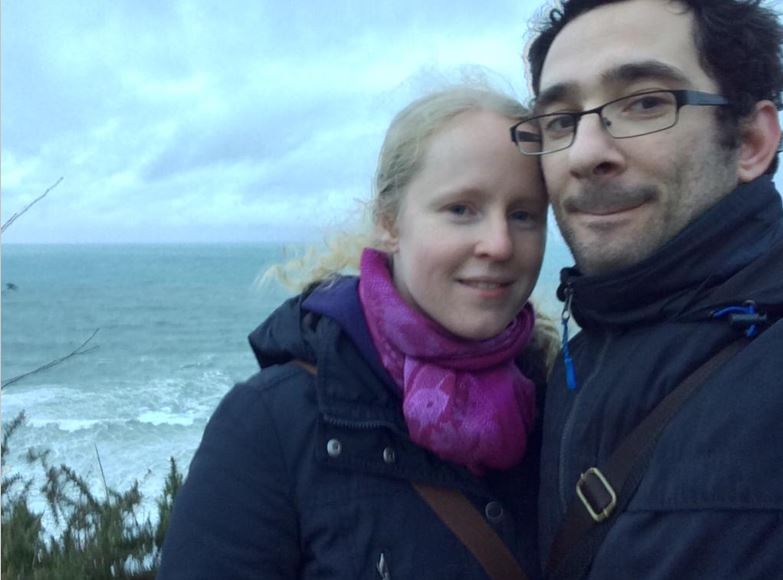 Hello! We are Mareike, Francesco & our little Helena. We met in Ireland, got married in Germany, and had a baby in Switzerland, where we live now. Specifically, we live in Lausanne, in the French-speaking part of Switzerland.

Prior to meeting Francesco (at his first day at a big company in Cork), Mareike lived in the Netherlands and Chile – however, she is German. Francesco, as betrayed by the name, is Italian and has lived in Canada too. We can say that we have moved a little and it might not be finished yet, but only time will tell.

Why did you move abroad?
There is no one specific reason why we moved abroad. We are both interested in experiencing other cultures, and in our opinion the best way to experience them is to actually live in that country. Therefore, we were both very open about the idea of moving abroad.

The final decisions about our destinations were usually not made by us. We went where the job needed us to be. One notable exception was Canada, where Francesco went to simply because he loves the country. The fact that there were no jobs available in Italy helped though.

As was the case for many of our movements, we ended up in Switzerland by chance more than will. We were living in Germany when we had an unexpected job opportunity here and we thought it was just worth to pack up things and go. So, one month later we found ourselves in a French speaking region.

How have you been impacted by the Covid-19 crisis?
COVID-19 obviously had an impact on us and forces us to look at things more on a day-to-day perspective. While for many this impact has been fully negative, and without wanting to say anything positive about a horrible disease infesting our world, we got lucky with it.

Working from home meant that we were able to spend the last months of the pregnancy together at home. No risk of the husband being stuck in traffic rushing home from work to not miss the birth. We got lucky again when we gave birth just mere days after fathers were allowed again in the hospital, and our daughter definitely enjoys the fact that both parents are home all day with her. She doesn't understand yet that one of them is actually working while holding her.

But again, on the other hand there is a lot of uncertainty around us and while we keep ourselves light-hearted it weighs on us as well.

What sort of measures are in place in the country where you live?
We had a short period with a partial lockdown, which both the cantons and the citizens honestly hated. As it was affecting the economy, they thought it best to ignore the disease and to open everything again as quickly as possible. The people here were very happy with this decision, and they made sure to party as much as possible. This led to the inevitable second wave. They have just announced some new measures, such as mandatory masks in public places. However, even with the existing measures there were many people simply ignoring them and nobody really enforcing the rules.

How do you make a living?
One of us has a job, while the other didn't manage to find one before it all began. As we are both at home now, this is much more convenient than before. Francesco misses the office, but with the current situation we are very happy that he can stay home and eat the lovely home-cooked meals warm instead of heated up in a microwave.

What is your personal opinion on the way the pandemic is currently managed by Switzerland?
Each canton is handling the pandemic very differently, so we can only speak about Vaud, where we live. We can say that people are not particularly worried around here in our opinion, which justifies the large amount of cases. Healthcare is based on private insurance and the focus is on the economy. While many jobs were left unprotected and were cut, shops and establishments were open for the vast majority of the time and we had no full lockdown as in many other countries. Anyway, nobody wanted the lockdown to last and we believe this disease is not taken too seriously.

In Italy and Germany, we have seen that COVID has been taken much more seriously, despite a huge impact on the finances or on the taxes. Obviously, Germany has much wider means than Italy – they were quite wise and did not like to overspend before, so they have a better budget! To protect the economy, measures were put in place to save as many jobs as possible and maintain the workforce. This is something that we have not seen here.

How do you manage the relationship with your family in your home-country?
Oh, one of us is Italian. The other is German. We end up with Mareike asking Francesco if he really needs to talk to his family again - it's less than a week since the last time! We were not visiting them much more often before, but we definitely don't have much of a choice now. We remain in touch with all our parents through WhatsApp or Skype, that helps a lot. Concerning friends, now they are a bit widespread. Some remained where we left them and some moved forward – without internet we would know very little about them.

Without thinking about the current pandemic, what's your favorite thing about being an expat in Switzerland?
Francesco:  I love the challenge of living in a French-speaking area, as it forces me out of my comfort zone. My French is rather basic, so it gives a great sense of achievement whenever I manage to get my message across. Switzerland is also new to me, as the Swiss feel both passionate about their country and divided region by region, by customs and language. I'm trying to learn the dynamics of this.

Mareike: I love that Switzerland has several official languages, two of them being German and Italian, the languages of our little family. This allows us to have many services (but not the most important ones, like registering our daughter) in our own language. It's just a bit unfortunate that we chose to live in French-speaking Switzerland, while neither of us speaks French. Oh, and not to forget: Switzerland has great chocolate! 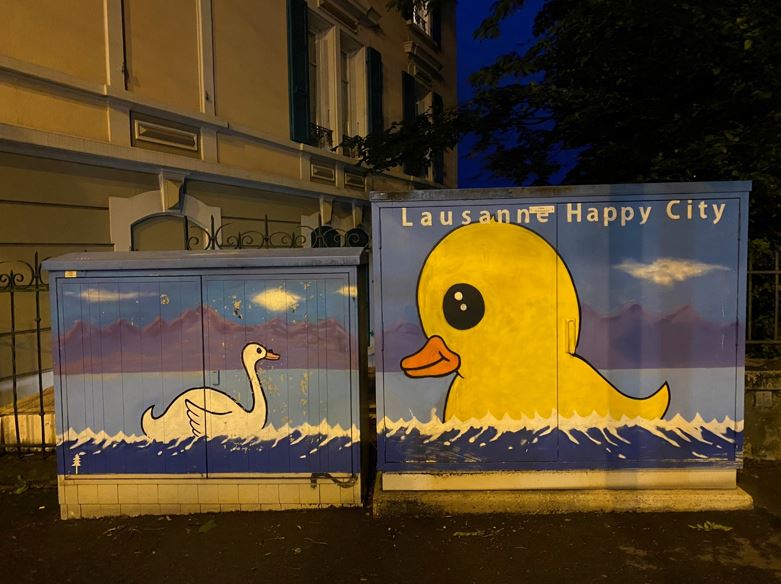 And what's the worst thing about being an expat in Switzerland?
We feel that the major value here is wealth and that the system is designed to favor the richer. As we see this as unjust we are not too happy with it. Also, while Switzerland is surrounded by the European Union, it is not a part of it, and this just makes things so much complicated. Paying custom fees for gifts from our parents? Come on!

And finally: the health insurance system here is a nightmare and utterly overpriced, swallowing a good chunk of the monthly salary and not offering much in return. It's mandatory though, so no choice there.

What do you miss most?
Simplicity and down-to-earth approach, as we found in Ireland and Canada, and a society which doesn't judge you by your clothes and wallet content. Just in general a society that isn't completely based on money. And a nice currywurst – they just don't seem to exist here.

Before the social distancing measures, what did you do to meet people in order to get familiar with your country?
We were still trying to figure that one out before the pandemic started. We just arrived here a few months before, and so far our main contacts were Francesco's colleagues. It takes a lot of time and effort to be allowed into Swiss social circles, and so far work has been our main opportunity to do so. We also started learning French, hoping that this will make it easier to make contact with the locals.

What custom/ habits do you find most strange about your adopted culture?
Swiss people seem to be absolutely in love with weapons. It's a rather non-violent country (its neutrality being world-famous), but still gun-ownership here is among the highest in the world. They seem to be uber-prepared for the next nuclear war. Apparently Switzerland will be a major player in this war, as there are nuclear bunkers everywhere. The world better watch out, we don't know what the Swiss might be planning. We don't understand Swiss German.

What is a myth about your adopted country?
Switzerland is seen as a rich country, and it is often assumed that all Swiss people are rich. While there are many really rich people, there are many poor ones as well. We feel that the average level of wealth is actually lower (or more unbalanced) than in Germany or Italy. The country is mainly just very expensive, so if you are among the poor ones you will have a really hard time. Drugs, homelessness and alcoholism are also way more widespread than we expected.

What advice would you give other expats?
If you are planning to come to Switzerland, make sure to come here with a well-paid job. This will make a big difference in the quality of your life. Coming here without a job is very difficult, as the job market is not very open, and the living costs are extraordinarily high. You might use up all your savings before having secured a job.

When and why did you start your blog?
We started our blog earlier this year. Francesco already used to have a blog in the past, and he wanted to repeat the experience. As it was a very eventful time in our life (new country, baby on the way, pandemic) we thought that this would be a good time. We also want to share the experiences we made and the things we have learnt from them. Maybe one day they can be useful to somebody looking for information about a place we've lived in. We are writing looking back at our experiences and we hope that one day we can look back at our posts remembering these times again.

How is having a blog been beneficial?
Our blog finally forces us to be organized with our pictures, thoughts, and experiences. More seriously, we feel it enriches us by preserving our memories. It's also something that we love doing together, and it is nice to have a shared project. 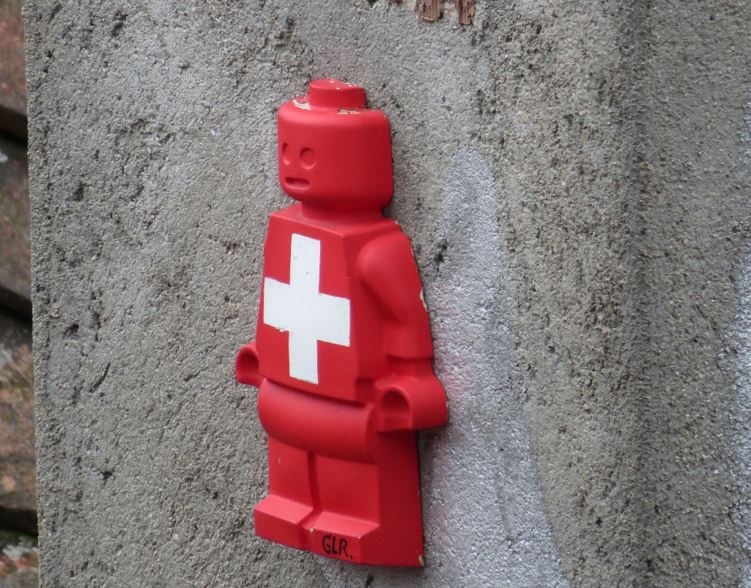 Find out more about being an expat in Switzerland with our expat guide:
Expat guide for Geneva and Switzerland


To be considered for an interview, add your blog to BlogExpat.com