Theatre in the time of coronavirus 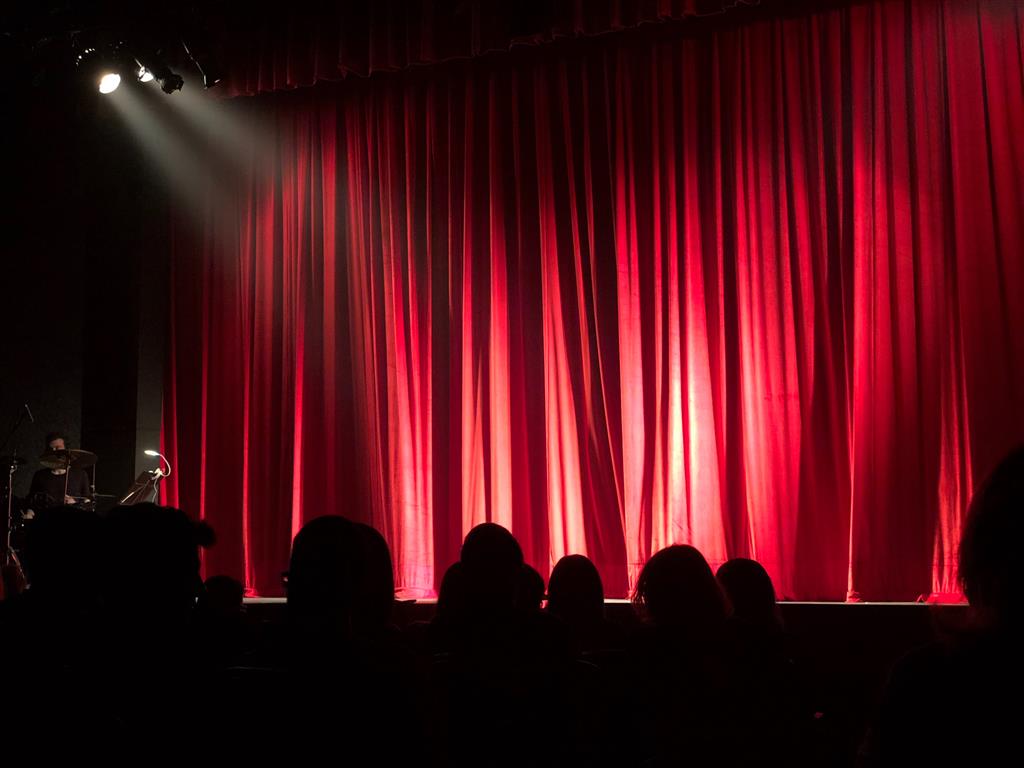 While it has turned our society upside down, the new coronavirus also changes the rules on stage. Theatre directors around the world have begun adapting plays to continue to play during the pandemic.

What are the new circumstances of staging and presenting a theatre performance? They vary from one country to another, but all of them include the audience wearing a mask for both indoor and outdoor shows, and keeping a social distance. For the actors on stage it also requires distance and this is really difficult to apply; many directors are negotiating with the managers even a few centimetres when they are working on stage.

In some cases, directors try to replace moments of tenderness, such as kisses or hugs. If they can't, they may give up the scene altogether. Such scenes in which dozens of actors storm the stage are no longer possible during the pandemic. Some directors are saying that the winners will be the ones who are able to create the illusion of touching between the actors. Theatres have the difficult task of finding the balance between the artistic act and the epidemiological risk.

It may sound funny, but this is the situation that artists are now facing. They have to decide whether to give up certain scenes or even whole projects. The directors choose certain shows that involve the presence of a smaller number of actors on stage, which involves one, two, three or four actors. Moments of physical contact between characters such as love scenes or body combat are avoided, but in the same time the decision makers can't afford to alter the artistic quality of the show.

Theatres and festivals try to release their shows online

While public theatres have no choice than to adapt to the new rules and safety measures, private and independent theatres are turning to online media, trying to create performances that are breaking through the wall of the laptop screens.

It all began during the lockdown, when many theatres around the world shared their performances through live stream. Broadcasting online was an act of generosity and empathy, especially for those who don't have a theatre in their city, who don't have festivals and can only watch theatre on TV. It was a very thoughtful initiative, but soon enough the internet was flooded with all sorts of performances, most of them very good, but some of the videos were of questionable quality, as they were filmed for documentation purposes.

During the summer, theatre institutions decided to use their outdoor spaces to perform, while still respecting the social distance safety measures. Theatre festivals moved to the streets, creating an atmosphere that reminded us of the medieval tales.

Some prestigious theatre festivals decided to hold an online edition this year, streaming performances that were filmed in different circumstances, with another audience.It felt more like peaking in through the window of the theatre, rather than being a spectator. It was clear that this isn't a long-term option, that filmed theatre is not really theatre, as it is missing the very thing that defines it as an art – its magic, the connection between the actors and the audience.

So, it was only natural for this art to reinvent itself and find new ways to get to the heart of the people. That happened more or less when theatre groups, mostly independent ones, began to create performances that were destined for broadcasting online, separating themselves from regular filmed performances. This arose the question "Is it theatre or is it film?" Well, it depends. Of course we would lie if we would say it's not film, as it uses the same techniques for capturing the images and sound.

But if it's a live performance, it must be theatre! Theatre is here and now, and even if here doesn't necessary require the actual presence of both the actors and the audience in the same place, the now is compulsory and it's what makes it theatre. An online performance will never be equal to the full experience of being in the audience, but it proved to be touching nonetheless.

This year's online edition of the Indonesian Pesta Boneka puppetry festival presented only live performances, most of them being created for online audience. Papermoon Puppet Theatre opened the festival with a very touching non-verbal performance, which actually included the viewer as one of the characters, allowing the spectator to see the story from the point of view of the character. This is a technique that is really difficult, if not impossible to attain on stage. Another unique feature that was used in this performance was the use of binaural sound, a method of recording sound that uses two microphones, arranged with the intent to create a 3D stereo sound sensation for the listener of actually being in the room with the performers. The performance is meant to be watched alone, with headphones, with the lights off, focusing on the screen only.

So it seems that this kind of online representation has its advantages, being able to explore spaces that are not available to stage theatre.

Stage on screen as a way to raise money

Another advantage of online theatre is the fact that it gives the artists an opportunity to continue to work and get paid, as there is now the option to access the live broadcast or the platform where the event is taking place only with a valid ticket.

During the first months of the covid-19 crisis, governments have helped artists financially through special welfare plans, and different organisations came up with financing lines that are meant to support cultural and artistic projects in the context of the Covid19 pandemic. But there is worrying and confusion in the artistic world, as artists are unable to meet their audience.

Is everything going to get back to normal? Is normal something that will look different in the future? Nobody can give a certain answer. We are taught that Shakespeare would have written some of his best plays while in lockdown, when the London theatres were closed due the plague that hit the city in 1592. It is believed that he used the two year break to write his famous sonnets, and work on new projects. There are references to the plague in King Lear and Macbeth.

Artists find inspiration in the most troubled times, and this current global pandemic may be the context for a revaluation of the theatre art, for going back to its essence and then finding new ways of shining the lights on it. For now all we can do is wait, and in the meantime be appreciative of any theatre forms that we can get, because it gives us hope and we need that now more than ever.

Author: Oana Tamas
I am passionate about life. Nature, people, art and everything that is making its magic on this beautiful planet, is worth our attention. I believe that communication is the key of life and wellbeing and I am a content writer for EasyExpat.com
Tools:
Bookmark
Print
Send
Tools: