Brexit & Coronavirus: When the UK realise that they need EU migrants 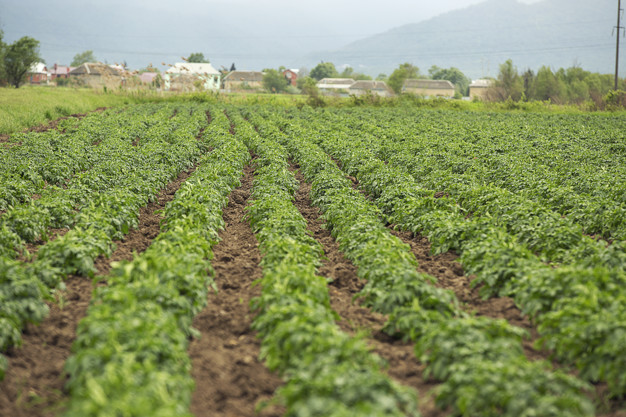 One of the major argument used by Brexit supporters was the need to stop the "invasion" of migrants coming to the EU (yes, naughty "migrants" coming in, because when we talk about British pensioners going to Portugal, they should be called nice "expats" according to the BBC).

Even mid February, while the coronavirus crisis was on all the news, showing the unprecedented measures taken in China (Italy started impose lockdown measures 20 days later), the UK government big concern was still to prevent low-skilled immigration with a new point-based post-Brexit immigration system and jobs paying at least £25,600 a year. The arc-Brexiter tabloid Daily Mail was over-joyed, writing: "Low-skilled immigration will be made virtually impossible under a points-based system as free movement rights are consigned to history."

Therefore, many saw deep irony behind the forthcoming issue that the UK is facing amid the coronavirus crisis: "Fruit and veg ‘will run out’ unless Britain charters planes to fly in farm workers from eastern Europe" reported the Observer at the end of March.

While until know UK retailers have been repeating that there is no shortage of anything and there is no need for stockpiling, that might come very soon if Britain is not able to bring in enough agricultural workers; otherwise fruit and vegetables will be left unpicked in Britain’s fields.

90,000 positions have to be filled within a few weeks and last year 98% of the workforce came from outside the UK (the vast majority from Bulgaria and Romania). With the COVID-19 crisis and most countries under strict lockdown the situation is critical, the government is being warned.

The charity Concordia is one of the main supplier of seasonal workers and is struggling to bring anyone from outside the UK, even from inside the EU. According to the Observer, Stephanie Maurel, Concordia’s chief executive, said:

“Our recruitment outside the EU is stalled which leaves us with Lithuania, which has closed borders, Romania with no airplanes, and Bulgaria which is our little beacon. [...]
Because of the tightening of labour, we had already lost a percentage of farms. This will finish others off. You won’t have fruit and veg in shops. Asparagus and beans start in a couple of weeks, cucumbers early April, tomatoes are all year round; in May it’s soft fruits – strawberries, raspberries; lettuces have been in the ground since December.”

Even the UK government is now praising Eastern European workers, as the environment secretary, George Eustice said: “I have been speaking with industry about the critically important issue of seasonal workers, who usually come from Europe to pick fruit and vegetables."

In order the mitigate the lack of people available for farm roles, many are calling out to find UK workers to fill the positions. Concordia claims to have more than 14,000 applicants but only 30% have done fam jobs in the past.

It must have been hard for Priti Patel, the home secretary who champions the reduction of "low-skilled workers", to acknowledge that those people were "key" to Britain. In a big U-turn, she announced that around 2,800 medical staff from overseas whose permits expire before 1 October will have their work visas automatically extended for a year free of charge so they can “focus on fighting coronavirus”. Restriction on the amount of hours student nurses and doctors can work in the NHS has also been lifted and the visa extension will be exempt from the immigration health surcharge of up to £400 per year.

“Doctors, nurses and paramedics from all over the world are playing a leading role in the NHS’s efforts to tackle coronavirus and save lives,” said the home secretary.

The news came just a few days before we learnt that the residence scheme set in place to apply to settle permanently in the UK after Brexit may face delay due to the current situation. As centres where identity documents can be scanned have been temporarily closed, people are advised to apply online only. An estimated 600,000 are yet to register before June 2021 deadline.

But while there is much irony into the UK situation begging for EU workers, the lack of seasonal workers hits actually all agricultural countries in Europe. With the closure of most borders, it is impossible for farmers to recruit outside their own country and the situation is the same everywhere: Germany recently agreed to welcome 40,000 seasonal workers from April to May, but they will need to respect strict rules such as medical check upon arrival, minimum distance and/or masks and gloves... etc.

The main problem is currently not that workers don't want to come (although in Romania for example they will need to follow a quarantine when back home) but mostly a difficulty with transport: nearly all planes are currently grounded.