With the coronavirus crisis, teleconference is booming, but concerns are spreading! 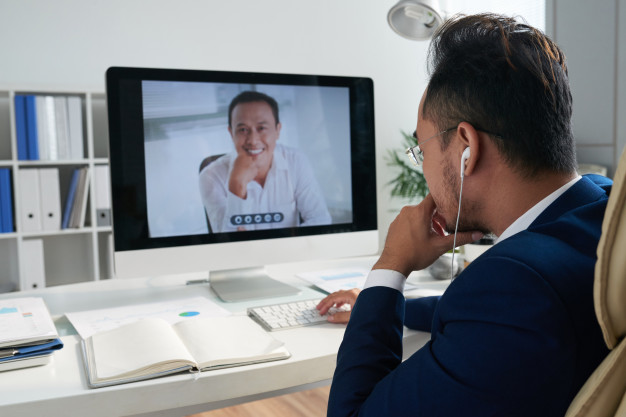 While more than 80% of the world’s population is said to be on some kind of lockdown to help limit the spread of the coronavirus, video calls have become the easy of keeping contact with work colleagues, family members and friends.

Britsh TV Channel Sky News reported that according to Professor Sophie Scott, Director of the Institute of Cognitive Neuroscience at University College London, video calling has been proven to be just as good for your brain and happiness as being in the same space. She said:

"You get the same bang for your buck - you talk for as long, you are as happy and you laugh as much whether the face to face interaction is on a computer or it's actually happening in front of you."

There are several softwares and apps to enjoy video chats, but there is one that has been booming since the covid19 crise: Zoom! The video-conferencing platform went from 10 million daily users at the end of last year, to 200 million in March and became not only a chosen tool for remote workers but also for recreation. In the last month, there was a 535% rise in daily traffic to the Zoom.us download page, according to an analysis from the analytics firm SimilarWeb.

This rocket type growth as spread questions over security issues of conference call applications. A school in Norway has stopped using popular video conferencing service Whereby after a naked man apparently “guessed” the link to a video lesson. TechCrunch reported last year that malicious users could access and listen in to Zoom and Webex video meetings by cycling through different permutations of meeting IDs in bulk. The researchers said the flaw worked because many meetings were not protected by a passcode.

Although it is annoying on a private level, it could be disasters for Companies. Zoom is now the biggest player and therefore a great concern, but it should be noted that most of the apps providing video conferencing or video call features have also seen security-related issues in the past (including FaceTime, WhatsApp, Skype and Google). Fortunately it has since been patched. Zoom-bombing is the term used to described hackers infiltrating video meetings, often shouting racial slurs or threats (on March, 30th the FBI announced it was investigating increased cases). It takes advantage of the facility to access any Zoom meeting by a short number-based URL, such as https://us04web.zoom.us/j/123456789.

Zoom has been labelled a "security disaster" by some security analysts. Unlike some counterpart (such as WhatsApp), Zoom confirmed in a blogpost on Wednesday 1st April that end-to-end encryption was not currently possible on the platform.

A second criticized feature is attention tracking. If it's on, it reports to the host if a user clicks away from the Zoom window for 30 seconds. It allows the host (i.e. your boss for example) to monitor participants' computers. Another issue is the possibility to record meetings to the cloud, so a manager not even on the Zoom meeting could later review the full transcript of that call. In addition they use personal data in your login account to provide personalised ads and other stats related services.

Other privacy issues have been listed in an article from the British newspaper The Guardian:

"In 2019, it was revealed Zoom had quietly installed a hidden web server on user devices that could allow the user to be added to a call without their permission. And a bug discovered this week would enable hackers to take over a Zoom user’s Mac, including tapping into the webcam and hacking the microphone."

Concerns have been ackowledged by the company, as CEO Eric Yuan said that the company was freezing any new features to the service for 90 days in order to concentrate on security and bug fixing.

Although it won't solve all issues, there are several tweaks you could use to increase the security of your video-call meeting.

More articles
Controversial Covid Vaccine Passes
Some countries have implemented the "health pass" to ease both global travel and domestic freedom of movement. ...
Learning a Language as an Expat
We're all familiar with the classic line: if you want to become fluent in a language, go and live in the country where ...
A lot of confusion on the Covid vaccines
The arrival of multiple Covid vaccines from the end of last year brought a sense of relief and hope for many all over ...
Despite heavy criticism, the Shanghai Report attracts always more media attention
The Shanghai Ranking Consultancy of China releases an annual report on the Academic Ranking of World Universities ...
29th WorldFood Istanbul - Prepare Best for Your Business Trip to Turkey
WorldFood Istanbul is Turkey's largest and most successful food and beverage show. Every year, over 360 local and ...