From San Francisco to Tokyo: Survive in Japan 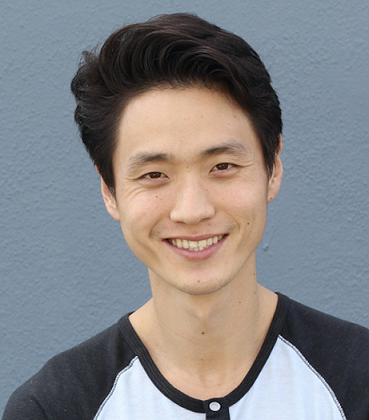 My name is Thomas. I was born and Raised in San Francisco, California and I am currently living in Tokyo, Japan.

1. Why did you move abroad?
Ever since I was little, I was always interested in Japan because I used to read a lot of manga and watch anime.
When I saw that there are a lot of English teaching jobs available in Japan, I decided to try applying and was able to actually land one.

2. How do you make a living?
In the beginning, I worked as an ALT (Assistant Language Teacher) for a year in Tokyo. After a year, I switched jobs to a software engineer, which is what I actually majored in, at a Japanese company, which is where I still work at today.

3. How often do you communicate with home and how?
I talk to my friends and family back home at least once a week. Our main form of connection is through Facebook Messenger. We mainly communicate through text, but when I have some spare time, I would FaceTime as well.

4. What's your favorite thing about being an expat in Japan?
I love the fact that everything is extremely safe and convenient in Tokyo. There are also all kinds of stores everywhere and always things to do, so you get the full big-city experience living here.

5. What’s the worst thing about being an expat in Japan?
I think one of the hardest things about living in Japan is that the culture is completely different from western culture, so being here has its ups and downs. There’s also a huge language barrier, which makes everything much harder to do.

6. What do you miss most?
Other than my friends and family, I really miss eating authentic American food, having my own car, and having a wider spaced home.

7. What did you do to meet people and integrate in your new home?
Moving to a city where you don’t know anybody is difficult. It was hard to meet people at first, but I tried to stay active and go out to different kinds of meetups. Eventually, I met more and more people and developed great friendships with some of them.

8. What custom/ habits do you find most strange about your adopted culture?
I think one of the biggest differences I saw in Japan was the motivation and work-life balance. In America, many
people are driven by goals or dreams that they have and that keeps them motivated.

In Japan, it seems like many people don’t have strong personal goals and a lot of motivation comes from doing their job to the best of their ability. Their dedication to their company is really impressive, but it seems like there’s no work-life balance at all which I don’t think is a good thing.

9. What is a myth about your adopted country?
I think one of the biggest myths about Japan, especially Tokyo, is that it’s too expensive to live here. If you’re
trying to spend money, then Tokyo can get pretty expensive, but there’s always a cheaper option for everything and many people can get by with surprisingly low incomes.

10. Is the cost of living higher or lower than the last country you lived in and how has that made a difference
in your life?
San Francisco is a very expensive city so Tokyo’s cost of living is lower in almost every aspect. However, the pay
is also proportionally less in Tokyo compared to SF, so it hasn’t made much of a difference in my life.

11. What advice would you give other expats?
The best advice I could give to other expats is to stay active and be open minded about the country. Whether you enjoy the experience or not completely depends on you. Also, by being open, there can be many opportunities in meeting people and career which can change your life.

12. When and why did you start your blog?
I started my blog, Survive in Japan, roughly around July of 2019. Many foreigners that move to Japan have a lot
of trouble getting by with life tasks and I wanted to create a platform that can help guide them through common tasks and getting used to life in Japan.