From Australia to Canada: Horizon Unknown 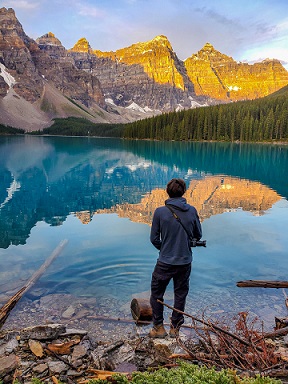 My name is Ben McLaughlan, I’m Australian living in Edmonton, Canada. Not the typical place for Australians to settle down, that’s for sure!

1. Why did you move abroad?
In 2013, I was bored. It was the same schedule, week in week out. Same job, same places to go out. It’s a fairly common term to be “stuck in a rut", and that’s exactly where I was.

So, I booked a one-way ticket through Europe and met my partner, Melanie, in Prague, Czech Republic. By the end of 2013, I was living in Canada with a work permit and a job.

It was a huge shift in my plans to travel and work through the United Kingdom, to living in Canada – but that’s how it played out.


2. How do you make a living?
I’m a qualified electrician, both in Canada and Australia. In my field, I’m usually working outdoors for 10+ hours a day. In summer, this is fine, but in winter – well anyone that knows Edmonton in the winter will probably agree, it’s not the easiest place to live.

Temperatures dip below -40C at times and that wind makes me consider my career choice almost every day!

3. How often do you communicate with home and how?
I try to chat with home at least once or twice a week – even if that is only a Facebook chat message they won’t see for 8 hours – time zones can be a pain!

Sometimes Skype is easier for those back home, so I keep that app updated as well.

In the end, the internet makes it incredibly easy to communicate via text.

4. What's your favorite thing about being an expat in Edmonton?
I love the festivals and multi-cultural society in the city. There is plenty of things to do in Edmonton. There is always some festival, from street performers to a gathering of cultures from around the world that share art and food.

Even in the winter, people brave the icy conditions and race refrigerators over ice, or giant bonfires by the river.

5. What’s the worst thing about being an expat in Edmonton?
The winter. I don’t do well in temperatures below zero, let alone -20! Everything is frozen, the wind is unrelenting.
Winter also brings short days. I usually leave for work and get home in the dark, for months straight.

There are some hard days living in Edmonton during the wintertime, that’s for sure!

6. What do you miss most?
Friends and family – it’s a pretty obvious thing to miss being on the other side of the globe.
It’s always difficult when there’s a get-together, or a relative has a new child. Not only are you so far away, the time difference often means most of the time one side of the world is asleep.

I also miss the foods – constant barbecues, pies, and lollies(sweets). Whenever I visit home, I usually spend the first full day eating way too much of things I’ve missed for so long.

7. What did you do to meet people and integrate in your new home?
I’ve always played soccer (or football, depending on where you live), so I used that as a way to meet some of my closest mates in Canada. Having played on over 20 competitive and recreational teams throughout the city of Edmonton, I have met many great people I constantly am in touch with.

8. What custom/ habits do you find most strange about your adopted culture?
I say sorry. A lot. It is a pretty big stereotype about Canada that people are friendly. I’ve adopted apologizing to people for things that aren’t even my fault!

If someone walks in front of me, I’ll instinctively say sorry for the most part – it is a pretty common word from places I’ve visited in Canada, and it just seemed to have caught on for me.

9. What is a myth about your adopted country?
I always thought Canada was cold. All the time. While the temperature never hits above 40C as it does back home, in the city of Edmonton, Alberta, you’ll get days over 30C.

Back home, 30C is seen as pleasant, but after a long winter, your body adapts too well. Now, 30C can feel scorching!

10. Is the cost of living higher or lower than the last country you lived in and how has that made a difference in your life?
The cost of living in Edmonton, compared to Newcastle, Australia is pretty large. Australia is known for being a pricey place to live, food and housing being two major factors in this.

Compared to Edmonton, I can buy enough food for $200 to last my partner and me for a full week, quite easily as well. Renting is also much cheaper.

It is a great freedom to have that extra money in your account. Saving for travel is always on my list of things to do, and that extra little bit every single week definitely adds up.

11. What advice would you give other expats?
Don’t listen to that little voice in your head. The one that intimidates and makes you question your decision to move abroad, even if only temporary.

The world has become a small place and you’re always less than a day from being home and where you feel safe.

There is always a “what if", but if we always focused on the worst possible outcomes, we would be too afraid to take any risks. 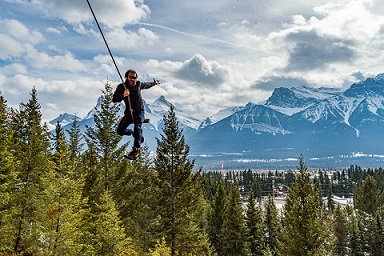 I started my blog back in October 2017. I had zero clue what I was doing, what WordPress was, anything about social media or ranking on Google, but I wanted to help other travelers.

I’ve seen over 60 countries, had plenty of unforgettable experiences and made some stupid mistakes along the way – if I can use my stories to help others, then that’s what I’m going to try to do.

Montreal Guide
To be considered for an interview (as well as other articles), add your blog to BlogExpat!
Category:
Interviews