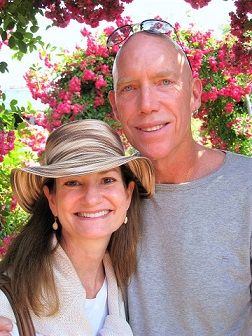 Hola! We are Edd & Cynthia Staton. Since our move abroad in 2010 to Cuenca, Ecuador from Las Vegas, we have enjoyed a blessed life filled with adventure, good health, and happiness beyond our wildest dreams.

1.    Why did you move abroad?
We are casualties of the Economic Tsunami that swept the globe in 2008. Almost overnight our careers vanished, our beautiful home lost 2/3rds of its value, and our investments were in freefall. After living for months on shrinking savings, we decided to take the assets we had left and retire early to someplace with a lower cost of living where we could thrive instead of merely survive. That place was Cuenca. Our outside-the-box solution to rescue our retirement was one of the best decisions we’ve ever made!

2.    How do you make a living?
We published 3 Amazon best-selling books about our expat experiences that hit #1 in 10 different categories from retirement planning to travel writing to self-help to comedy. We are creators of a Master Course called Retirement Reimagined! Teaching Baby Boomers with insufficient savings how to successfully retire abroad.

3.    How often do you communicate with home and how?
We visit with our grandchildren in the States several times each week via Skype video calls.

4.    What's your favorite thing about being an expat in Ecuador?
When it comes to climate we are “Goldilocks people”—not too hot and not too cold. Besides a low cost of living, what drew us to Cuenca is the year-round spring-like weather. Many assume that because Ecuador is on the equator (hence its name) the temperatures must be blazing hot. Since Cuenca sits high in the Andes at 8400 feet, the grass is always green and the flowers are always blooming. We love it!

5.    What’s the worst thing about being an expat in Ecuador?
When life is as fulfilling as ours “worst” is a relative term. While Ecuador certainly holds no monopoly on the “mañana culture,” this aspect of Latin American life is often a challenge for North Americans accustomed to things happening now instead of whenever. With barking dogs, the occasional rooster, car alarms, house alarms, and all night parties, this certainly isn’t the quietest place to live. Living life loud seems to be the norm here.

6.    What do you miss most?
Since we visit our family in the States two or three times a year for weeks at a time, after almost a decade of expat life there’s really not much we miss. The few products we enjoy that aren’t available here come home with us in our suitcases.

7.    What did you do to meet people and integrate in your new home?
Since we were part of the first wave of foreigners who arrived in Cuenca in 2010 there was no established expat community or infrastructure. A single Gringo Night once a week at a bar was the beginning of many new friendships. People you met there introduced you to other people who invited you to parties and in no time your social calendar was absolutely packed. It was an amazing experience.

8.    What custom/ habits do you find most strange about your adopted culture?
Whenever you arrive and leave a local gathering a man shakes every male hand and kisses every female cheek. A woman kisses everybody’s cheek. If it’s a big group this can become almost exhausting! Even though no one is ever on time for anything, people drive like they’re in a major hurry to get wherever they’re going. Maybe they’re really late…

9.    What is a myth about your adopted country?
No one thinks about Ecuador enough for a myth to have come into being. But if enough people did they’d probably assume that it’s an unsafe 3rd world backwater country where locals live in grass huts and ride donkeys. Ecuador is extremely safe and filled with kind, generous people. Also, because there are a number of universities in Cuenca, many locals have access to higher education, live in well-kept homes, drive cars, and have better cell phones than we do.

10.    Is the cost of living higher or lower than the last country you lived in and how has that made a difference in your life?
We enjoy an extremely non-frugal lifestyle on a Social Security budget. Penthouse apartment, eating out whenever we want, gym and yoga studio memberships, spa treatments, fresh flowers, a weekly housekeeper. None of this would have been possible in the States.

11.    What advice would you give other expats?
Create a Wish List of what’s most important to you before you start randomly looking at countries. Don’t choose a place simply because it reminds you of where you like to vacation. And take a scouting trip to your top pick before you pull the trigger. 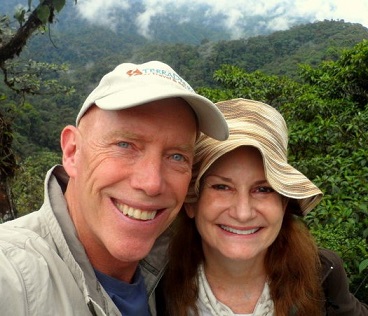 12.    When and why did you start your blog?
Edd started blogging over 10 years ago for something to do when he was unemployed.

When he began writing about moving to Ecuador the blog unexpectedly exploded in popularity, at one time being read by thousands of people in over 30 countries. Today we write together about retirement and expat life.


To find out more about living in South America, refer to our