From Italy to China to Malaysia: Monkeyrockworld 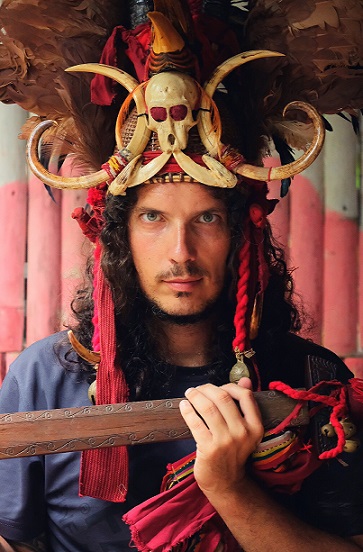 I'm Marco, from Voghera, a small town near Milan in northern Italy. I have been living in China in 2007, and on Penang island, Malaysia, for the past decade. I have, more or less, sustained myself as a freelance writer ever since.

1.    Why did you move abroad?
I couldn't stand living in Italy anymore. It was 2007, Berlusconi was in power, the job crisis about to start, and the brain drain in full swing. At that time, I had been playing in a punk hardcore band, the Nerds, for 10 years, touring as far as the United States and the farthest reaches of Europe.

I tried making it as a musician or a music producer, attempted a move to the United States, failed, and went back to Italy to work at a friend's bar for one umpteenth summer. In that time, serving coffees and lattes made me really think and focus of what I truly wanted to do, which was to live a full and adventurous life. I came to the conclusion that the only real skill I had was being able to speak several foreign languages, and looked into teaching English abroad as a possibility and a learning experience.

I found a job in China as Italian teacher just a couple of weeks later. Everything seemed too easy, serendipitous and irresistible to say no, so I embarked on a real adventure, without any knowledge of the Chinese language, nor any real interest in Asia. After ten years, a move to Penang in Malaysia, and having visited over 60 countries in the process, I think it was the best decision I could ever make.

2.    How do you make a living?
I am a travel writer, a journalist, and a published author. I spend my time between Penang and many other Asian countries, but my focus is Malaysia, Indonesia, and South Asian countries like India, Pakistan, Nepal, and parts of Eurasia and the Middle East. I travel hard and far to places like the Karakoram Highway, and I write about them for many international publications.

It's been difficult to get to this point: between 2014 and 2016 I earned a Ph.D. In anthropology at Monash University in Malaysia, but I dropped academia when I realized I could scrap a living by traveling and writing. A dream for many, but trust me, it ain't easy, and one needs to make many compromises. I have written for many international publications that include BBC Travel, the Guardian, Nikkei Asian Review and Travel + Leisure Southeast Asia among many others, and am now trying to devote more time to my two blogs, hoping to turn them into a part of my business.

3.    How often do you communicate with home and how?
Whatsapp calls these days, so convenient.My parents had to learn a steep curve to be able to use these digital   ways, but it's been worth as I've been away for 10 years now.It's easy to talk and see each other that way. Anyways, I'm Italian and of course, any Italian has his “mamma” to make happy, so I try to talk to them as often as once a week.

4.    What's your favorite thing about being an expat in Malaysia?
You know what? I don't know what an expat is and I don't consider myself as one here. Most Malaysians who know me could tell you I am more Malaysian than them. For sure, I've seen more Malaysia than most of my friends, having written two travel guidebooks to the country for the Rough Guides. Anyways, what I like about Malaysia is the cultural and ethnic mix, the fact that it's very exotic Asia, and yet, a very modern and complex multi-ethnic society. The politics suck here, but I guess they suck anywhere. The art scene of Penang has no rivals around most of Asia, and I love the fact it's a small city, and yet, everyone seems to pass by here. It's very easy to connect with artists and writers here, and there's small competition in terms of travel writing. A good place to grow and learn, for sure. At last, it has a lot of low cost airlines connecting it as far as Australia, China, Japan, India and the Middle East: it's very easy to live here, and travel around to research my stories.

5.    What’s the worst thing about being an expat in Malaysia?
Sometimes the laws can be draconian, and foreigners, albeit well-respected, are segregated to a higher category of prices for attractions, taxation, and so on. You also need to develop a thick skin when it comes to witness and experience racism, as ethnic divisions are still strong in Malaysia, and life, at times, rolls around stereotypes.

6.    What do you miss most?
Frankly, nothing much, but whenever I return to Italy (not often) I always go for an all you can eat pizza on my first night. Literally, cheesy... but I don't care.

7.    What did you do to meet people and integrate in your new home?
I went full on, knee deep, no return into the local culture. I met my Malaysian wife Kit Yeng only six days after arriving in the country, and she has been instrumental to my getting to know the country. As a music lover, I also managed to play with a local Penang punk band, WEOTSKAM, for five years. We recorded an album and toured Indonesia together, and some of those adventures are recorded in my second book Banana Punk Rawk Trails (2015).

To me, getting to know Malaysia was the first step to decide whether or not I would have liked to remain, regardless of my partner. Some of my early impressions are captured in my debut novel Nazi Goreng (2013), a pulp take on racial tensions and corruption in Malaysia, which was later banned by the KDN, the local department for religious affairs (they are those who ban books in the country).

I also always use my travels to get to know more about the places I live in: I try to find lesser-known places, chase authentic customs and local stories. For example, at the beginning of this year, I cycled for 400km between Kuala Lumpur and Penang in 5 days, stopping at many small towns and villages along the way. That's one very good way to get to know things, and peoples, and gradually start becoming a part of the new place you live in.

8.    What custom/ habits do you find most strange about your adopted culture?

Not being frank and upfront about ideas/decisions because a person doesn't want to offend his interlocutor. This is common in many Asian societies, but it's pretty problematic in Malaysia, when people always prefer to avoid conflict and conversation for the sake of a “peace of mind”. It's not always the case, in my opinion.

9.    What is a myth about your adopted country?
That Malaysia is a repressive Islamic nation. It's indeed a secular country, I can't say a democracy unfortunately (I think I can't say the same of most countries around the world), with more than 50 diverse ethnic groups co-habitaning and sharing places, spaces, religions and cultures. Islamic Malays are a majority, for sure, but this doesn't mean the country is hostile, or problematic to visit.

10.    Is the cost of living higher or lower than the last country you lived in and how has that made a difference in your life?
I have been based here for 10 years and move around the area a lot, where costs are very similar. And very cheap. Living here it's dirt cheap compared to anywhere in Italy or the rest of Europe. It made a difference in the sense that I could dedicate myself to my passion, make it my profession, without worrying too much about supporting my living costs. You can get by on 100$ per month here if you are resourceful enough, and I am not exaggerating. The usual expats spend about 20 times more, but I have learned to live without the need of expensive comfort foods and “Westernized” entertainment. Plus, Penang food is very cheap and super tasty.

11.    What advice would you give other expats?
Don't be an expat because it reduces your experiences within the limits of your own comfort zone. Don't treat people living in the new country you have chosen as inferior, because if there is one lower human being, that is you. At last, stop considering yourself an “expat” and start blending in... you will never know how many beautiful things you can find, if you never try. 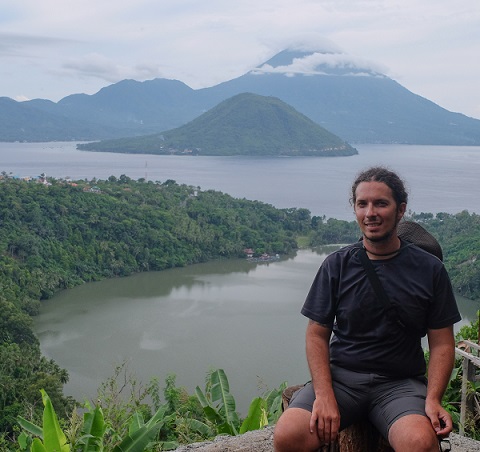 I started Monkeyworckworld in 2007 when I moved to China to become an Italian teacher. The original site collapsed in 2014 when I was too busy to maintain that, doing a Ph.D., and growing my freelance writing career on the side.

I am working hard on that website now to get it back to new heights, but I'm still far from the results I want.

Penang Insider, on the other hand, a destination guide for the island city I live in, is less than 2 years old and already one of the web's prime resources for travel and planning to this beautiful Malaysian island.

Why I started blogging? I wanted to be a published writer and find an audience. Now that I really have become one and don't even need a blog anymore, I am back to blogging for the pure desire of making it become another source of my side income. I hope I'll be able to make it sooner than later!