From the UK to Canada: The X Pat Files 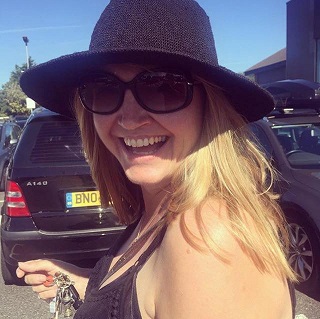 Juliet Sullivan, from Brighton, UK, living between Brighton and Vancouver

1.    Why did you move abroad?
Because of a boy, of course! Not really… but my husband did grow up in Canada, and that was a big factor in our decision; we wanted to give our kids the kind of upbringing he had had – in an outdoorsy, young, progressive, clean country. Another factor was my 14 year old daughter, who was going through teenager-type stuff, including not conversing with us for about a year, so we wanted to get our family into more of a family-type environment. I love Brighton (where we are from) but at the time, the daughter was mixing with some questionable types (specifically a boy who, shortly before we left Brighton, was featured on the front page of our local paper as having received the most criminal convictions in the area in the past year!) So.. basically, we went for a better family way of life. And we found it, as the daughter flourished, and became open and happy (after the initial period of homesickness).

2.    How do you make a living?
My husband has a stone laying business in Canada and this is what keeps us going. When I moved to Canada, I was a freelance writer, but this didn’t pay the bills. I trained to be a real estate agent and from 2007 to 2015, I was a successful Realtor. I am still licenced, but my real estate career has taken a back seat while I sort my life out. I came back to England in 2015 to help run my dying father’s business, and that’s what I am doing in the UK, with limited success, as I am always flying back to Canada. Also, I have written three books and one of those is being traditionally published in June this year. My goal is be a full-time writer so that I can have the freedom to go between the two countries. Currently I am writing two books, including a free e-book which I will give away when it’s ready. It’s a book about the expat experience and it’s called “It’s all fun and games.. until someone gets homesick”.

3.    How often do you communicate with home and how?
Well, I am back home now (it’s complicated!) and I split my time between the two countries, but when I lived in Canada full time, I was in touch daily by text and email with my sisters, and with my parents (who didn’t use text and email) I would be in touch by phone about once a week.

4.    What's your favorite thing about being an expat in Canada?
I like the “status” of being an expat. It makes me feel special and different.

5.    What’s the worst thing about being an expat in  Canada?
Feeling “special” and “different.” Sometimes you just want to blend in, but the accent is a give-away. The thing that frustrates me the most is people mimicking my accent. I absolutely hate it! I once made someone cry at a dinner party (twice) because she kept repeating me in a stuck-up English accent. I make no apologies for being angry about this. I find it racist!

6.    What do you miss most?
Friends and family obviously. Brighton itself; its vibrancy, eccentricity and diversity. Chocolate. Gravy granules. Sainsbury’s.

7.    What did you do to meet people and integrate in your new home?
I was lucky, my husband is part of a rugby club. Most of my friends are through the club. I have also met some good friends through dog walking, and I once made a good friend by meeting her on the internet. (It was through a Brits to Vancouver group). We met in 2005 and are still friends now.

8.    What custom/ habits do you find most strange about your adopted culture?
Canadians are pretty similar to Brits so I can’t say there are any.

9.    What is a myth about your adopted country?
That it’s boring. Canada is a stunning country full of culture and natural beauty. I think the reputation for Canada being a boring country comes from the fact that is it vast; it is almost impossible to generalize an area. The people in Canada are generally lovely and. I think the reputation for the people being boring comes from the Canadian’s inability to recognize sarcasm, which to a Brit is perplexing. We thrive on sarcasm, and often it does not go down well in Canada. I put this down to different cultural references. I know a lot of Canadians who have an amazing sense of humour.

10.    Is the cost of living higher or lower than the last country you lived in and how has that made a difference in your life?
When we moved to Canada in 2003, mostly the cost of living was much lower there. We bought our 6 bedroomed / 4 bathroom detached house in Canada for the same price as we sold the 2 bedroomed, one bathroom, terraced one in England for. But as time went by, everything rose: property, groceries, utilities, insurance. Now I find that the cost of living is generally cheaper in the UK – but remember, I am comparing to BC in Canada (the Vancouver area) which is extremely expensive.

11.    What advice would you give other expats?
Research your areas. Research cost of living. If you are coming from a thriving city, remember that if you are moving to Canada, you will be experiencing a much different lifestyle; in my case, I went from bustling city living to sleepy suburbia, and that was a bit of a shock. It was ultimately great for raising a family, but for myself, it was a difficult transition. I had not expected to feel isolated but I did. Make sure you make an effort to meet people and don’t do what I did in the beginning, which was to say “I have enough friends thank you.” Of course, those friends were 5000 miles away.

Another bit of advice – if you can, hang on to property in the UK. I know that is not always possible, but it will make your life so much easier in the future if you ever decide to go home.

12.    When and why did you start your blog?
When I moved to Canada, I wrote a series of articles for The Province newspaper called Diary of an Immigrant. After a couple of years, they stopped publishing the articles and asked me to write a blog instead. I did this for their website for some time, until I felt it got stale and I stopped writing for them. I have now set up my own blog and renamed it The X Pat Files. I think that’s rather a clever title, if I do say so myself.