From Australia to Andorra: Jase Rodley 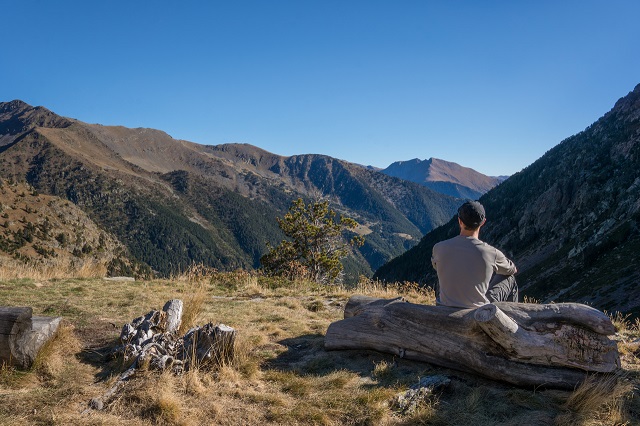 I’m Jase from Adelaide in South Australia. I now live in Andorra (in Europe) with my wife and son.

1.    Why did you move abroad?
My wife and I never intended on moving abroad. After getting married in Adelaide (we were both born there) we took a 3 month backpacking honeymoon, mostly through Europe, then flew on to Canada for what was meant to be a 9 month working holiday.

Our intention was always to return to Australia, build a house on the land we’d purchased and start a family.

What we didn’t count on was experiencing a different lifestyle that really appealed to us. Despite falling in love with that lifestyle in Canada, we ended up settling in Andorra after a few years of travelling. Here we can hike, bike and ski depending on the time of year, and this time spent outdoors is very important to us.

2.    How do you make a living?
I work online - mainly building websites and improving existing websites, and this allows me to work from anywhere with an internet connection. It’s rare for me to work with local businesses, but when I do they are very welcoming, despite what I do being quite new to many of them.

I’ve been running a blog, Andorra Guides which helps both local businesses and new residents to get connected. It’s a fun way for me to share Andorra with the world while helping both parties.

3.    How often do you communicate with home and how?
I don’t plan it, but I’m usually speaking with someone from home at least once a week. Some weeks it may be every day.

I don’t personally need that communication on a regular basis but it’s important for me to give my parents a call and check in with them. Since having a baby boy, it’s definitely becoming more regular as I want them to be part of his life despite being on the other side of the world.

Everyone uses different communication methods but I prefer email and WhatsApp.

4.    What's your favorite thing about being an expat in Andorra?
The major reason why I love living in Andorra is the combination of sunshine and the mountains. I love being up in the mountains, but in Canada the summers were way too short for an Aussie like myself.

Here in Andorra I can usually get away with being out in the mountains during the day in a t-shirt and shorts for 8 or so months of the year.

5.    What’s the worst thing about being an expat in Andorra?
I think you’ve got to pick your friends wisely, or be willing to socialise with a wide range of people. For a lot of people, Andorra is “home base”, so they’re here one weekend, gone the next. Scheduling can be really difficult.

I’m not the type to have a few hundred friends, instead preferring to have a few great friends whom I see regularly. I’ve met many other amazing people who I’ll socialise with when the opportunity presents itself, but I’ve had to accept that I may not see them again for 9 months after having a coffee with them today.

6.    What do you miss most?
Honestly, the comfort of Australia. Australia has already changed a lot since we left - we return yearly and although everyone tells us “nothing has changed”, it doesn’t feel that way to me. The cities are changing, culture is changing, political landscape is changing and so on.

But despite all of this change, it’s comfortable. I can speak the language confidently with anyone. I generally know my way around most areas of Adelaide. I can go for a walk down the same path that I did with my family when I was 5 years old. And most importantly I can have a meal with one of my parents or in-laws.

7.    What did you do to meet people and integrate in your new home?
Put ourselves out there! When we first arrived, it was slow going to make friends. We met a British/American couple who we got along with straight away, and that really helped.

From there, our friends were made from “doing things”. Gym, mountain biking, that type of thing.

I wrote an article called “Living in Andorra” just recounting our steps there and it’s really helped me to connect with a lot of inbound residents, many of which we now consider friends.

8.    What custom/ habits do you find most strange about your adopted culture?
Having travelled a fair bit through different parts of the world this last couple of years, I take things at face value right now.

If I had to choose though, I’d say it’s meal times. Taking a 2 hour lunch break to go home and have lunch seems crazy when your office is an hour’s commute from home. But here many will do that, as home is only 10 minutes away. Dinner is also a late affair, beginning any time after 8pm.

It’s amazing how fast you adapt though, nowadays it’s rare for us to eat dinner before 7:30pm.

9.    What is a myth about your adopted country?
Everyone told me that “Andorrans are cold”. It’s just not true. As with all cultures, there may be some that don’t want to know you, but there are just as many that are more than happy to help, offer advice and socialise with you.

My guess is - it has a lot to do with respect. I spend the bulk of my time here, feel patriotic about my new home (of which I’m not a citizen!), do my best with the language (a work in progress) and generally try to be part of the community. These small things go a long way - I think it shows.

10.    Is the cost of living higher or lower than the last country you lived in and how has that made a difference in your life?
It’s definitely lower. All things considered (rent, food, fuel, electricity, etc), it’s around 30% cheaper than where we were living in Whistler (Canada) and 20% cheaper than Adelaide (Australia). Add in a low income tax rate and those numbers probably double.

11.    What advice would you give other expats?
One of things people don’t pay attention to so much here is the micro-climates in the country. There have been days where I’ve left my home in Ordino and it’s been snowing lightly, but by the time I get to the city people are walking around in summer clothes.

Quite a lot of expats will move to Arinsal, being told by a residency agent that it’s where all of the English speakers are. This is true, but there’s more to consider than just language.

I always recommend people coming to check out the country consider all corners of it as a potential place to live. If nothing more, it is a fun adventure checking out all of the different parts of the country.

12.    When and why did you start your blog?
I started Andorra Guides in June of this year after previously writing an article on my personal website. I felt the original piece I wrote about Andorra didn’t answer all of the questions it could have, and in many cases people were contacting me for information that was way out of my area of expertise.

So the purpose of Andorra Guides is to answer all of those questions as best as possible, by working with local experts to make sure the information is correct and up to date. 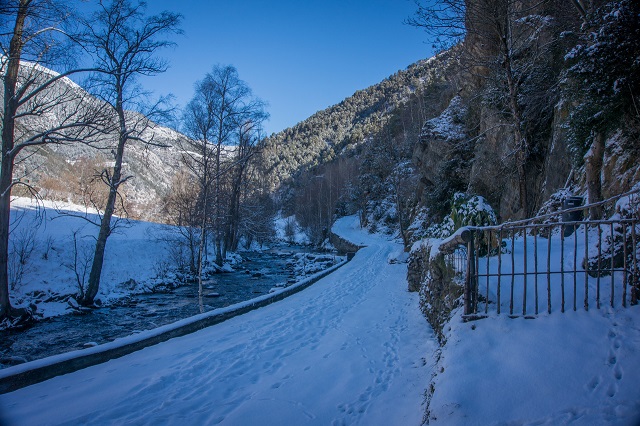 To find out more about living in Andorra, refer to our

Guide for expatration to Andorra

More articles
How are your New Year’s resolutions going?
Many of us made resolutions for the start of the new year with the best of intentions but fail usually within the first ...
Moving to Sweden
In this article you will find out what to expect when moving to Sweden. ...
Moving to Denmark
Here’s what you can expect if you move to Denmark. ...
Happy New Year 2023!
Once again, the past year has not been short of events of global significance. ...
Weirdest Christmas traditions around the world
Christmas is generally celebrated along the same lines in most parts of the world but there are a few unique ...