From California to Japan: West Coast to Far East

A documented journey of relocation from Hollywood, California to the Japanese countryside. From the move, to getting settled, to the subsequent adventures that take place. I’ll offer my insights on the culture, raising children, challenges and the beauty of Japan. We hope to expose some of the beauty and hidden treasures of this part of Japan.

1.    Why did you move abroad?
I never planned to raise kids in Los Angeles, and suddenly I had two – and they were growing fast. They loved the Japanese countryside when we visited, and with my wife having family there it just made sense to do something great for the kids and embrace an amazing new life experience.

2.    How do you make a living?
I’m fortunate to have built up relationships before moving, so that I still offer part time online work to my former employer. I also offer private English lessons, and have picked up other local teaching work with some schools. Just being a native English speaker in small-town Japan has opened up a lot of opportunities.

3.    How often do you communicate with home and how?
We use the LINE app which is popular here in Japan for ongoing text messages, as well as video calls and regular phone calls via WiFi every couple weeks. Social media and email too of course.

4.    What's your favorite thing about being an expat in Japan?
It’s hard to pick just one thing, but I think being surrounded by unspoiled nature and people who try their best to take care of their environment. I feel compelled to keep things clean and respectable in the same way, so that everyone benefits from this county’s beauty.

5.    What’s the worst thing about being an expat in Japan?
I would say it’s a challenge to make local native friends, especially being older, extremely busy, and spending most of my spare time with my kids. I’ve made other foreigner friends, and friends through family, but the native locals are a bit shy around foreigners I would say.

6.    What do you miss most?
This one is easy. Tacos. Real Mexican tacos. Other ethnic foods like Korean, Vietnamese, Indian - you don’t get much of that in the Japanese countryside. Fortunately I have found replacements for most (not all) cooking ingredients to make my own.

7.    What did you do to meet people and integrate in your new home?
Honestly, the best way to integrate with society is being in the middle of it. Working with schools surrounds me with the local language and new people. I also attend a local “English night” event which has been great for meeting both foreigners and locals as well.

8.    What custom/ habits do you find most strange about your adopted culture?
In the US you are rewarded for being outspoken, and maybe even being very passionate about an issue in order to get something accomplished. In Japan there is a process for everything, and sometimes it involves a great deal of paperwork. If you follow the right steps, you’ll get the job done. But sometimes this can be frustrating, learning these processes. Extra care must be taken in how you approach a situation.

But to be sure - bowing to another driver while driving your own car, to say thank you (for letting you pass) is a funny new habit that I’ve picked up.

9.    What is a myth about your adopted country?
Maybe that people here are somewhat less emotional than in the US? It’s really just expressed very differently and varies so much from family to family.

10.    Is the cost of living higher or lower than the last country you lived in and how has that made a difference in your life?
Cost of living is significantly lower, but that is also because I moved from a big city to the countryside. It’s made a difference by allowing me to have a much bigger house and to work less, which in turn means I have much less daily life stress. The low cost of seafood means I eat a lot of amazing sushi at minimal cost.

Other costs are higher, but it’ hard to compare 1-to-1 as it really depends on your lifestyle.

11.    What advice would you give other expats?
If you are learning a new language – be prepared to be embarrassed or make mistakes regularly, get comfortable with it because that’s how you will learn. Visit and make friends before moving so you can better understand the culture. 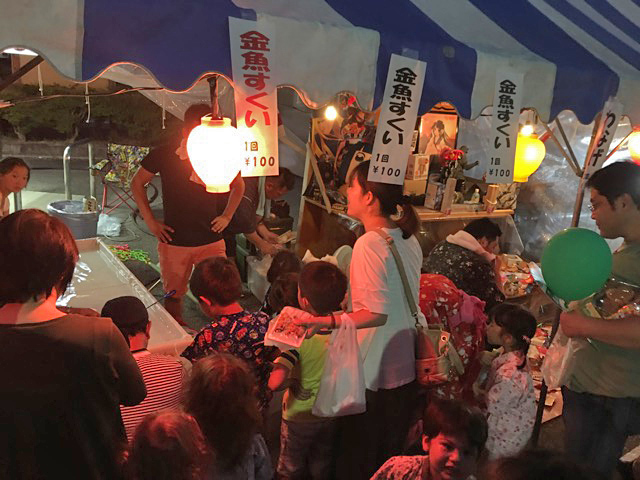 12.    When and why did you start your blog?
I started my blog just before moving to Japan, as a way to document the process. Of course moving and getting resettled takes so much energy, most of the writing started to happen a bit later. Now I see the Blog as changing into something I can use to show people the beauty of my area, while also getting my thoughts out about being a foreigner in Japan.

To be considered for an interview, add your blog to BlogExpat!