From the Netherlands to the Philippines: Leaving Holland 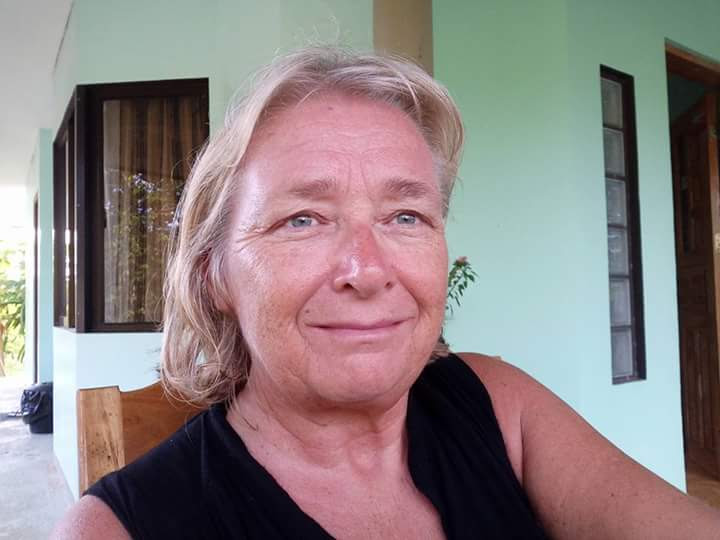 My name is Jeanette Slagt, On the internet I go by the name of JC from Holland. People call me JC. I left the Netherlands at the age of 54, sold everything I owned and became a global nomad. Or a digital nomad. You name it. But nomad for sure.

My home is where my feet rest. And I have no set place to stay. At the moment of this interview I live in the Philippines, on a small island named Siquijor. I have been here for three years and ready for my so called visa run to hopefully return for another 3 years. I ride a Kawasaki Dominar 400 and I make road trips through the Philippines. Not many women move to the Philippines, but we are an upcoming group.

1.    Why did you move abroad?
I travelled since I was 17. But really as a traveller, always with a home in the background to return to. But at the age of 52 I found myself in a situation you do not wish to grow old in. For me the Netherlands became a dead end street, the social domain work field I was working in was closed due to lack of finances, I found myself at the age of 52,  unemployed and no prospects for a job. So I kind of jumped at the opportunity to move to a country where the cost of living was cheaper. This way I could prevent living in a shelter since the bank was foreclosing my house and I was at the end of my social benefit period. So it seemed like a good chance to do so, kind of now or never.

2.    How do you make a living?
Making money online is hard. I do have some financial back up. For the rest is it a minimalistic lifestyle. When you leave the Netherlands your pension get cut back 2% every year you live abroad, so not much coming from there in the near future, so I try to make ends meet with advising people, ads revenue, selling photos and writing. I am on a strict budget.

3.    How often do you communicate with home and how?
There is no home, I am what they call a global nomad. Home is where my feet rest. or where I park my motorbike. So no communication. There is no family that is talking to me and friends kind of got tired of my endless sunny beach pictures I guess. And I am kind of a loner. I’m not good in keeping in touch either.

4.    What's your favorite thing about being an expat in  Philippines?
In the Philippines? That is difficult to say, for I have no way of telling how it is to be an expat in other countries. This is my first stop. I guess it is the freedom, not being tied down anymore, being able to roam around, move houses whenever I feel like it and the little bills there are to pay. From being a perfectionist and a controlfreak I became a minimalistic wanderer that has no clue about next week. Although sometimes the control freaky thing creeps up my turf again. There is a lot of uncertainties in my kind of lifestyle. You have to be able to let go.

5.    What’s the worst thing about being an expat in Philippines?
Living in the Philippines comes with a lot of noise, there seems to be karaoke on every street corner and trucks and motorcycles are very noisy here. Specially the older ones or the ones without a muffler. And the roosters….gosh…I don’t hear them so much anymore but you have to get used to it.

And the cultural differences can be a challenge. One day I cope better than other days. Nodding ‘no’ while meaning ‘yes’ I will never get used to that one. Hahaha……and the endless ‘out of stock’ excuse you hear in stores. Even in the big cities.

But is it worse? It is kind of a challenge and you know you give up certain thing to gain a lot.

6.    What do you miss most?
Real fresh big red juicy strawberries. I haven’t had one for 3 years. There was a strawberry on top of my birthday pancake lasts January, but it was so tiny I needed my glasses to see it and it was sour. But hey, it was a strawberry….. :-)

And to be honest, I also miss going to a store and buy whatever clothes you like in your size. Int he Netherlands it is almost always available, if not in the store you’re in, they ship it in from another store. Here that is not. You buy what is available in your size, and that is not always what you like.

7.    What did you do to meet people and integrate in your new home?
On the part of integration I took a long time preparing. I watched YouTube videos from people living in Asia and read a lot about my new country after I made a choice where I wanted to start my Global journey, I read a lot about that country.  I had traveled in third world countries before and moving to Asia I knew I was going to face a culture shock, so there was no surprise there.

I do not make friends easily, like I said, I am kind of a loner. But I made friends with some local people and lucky for me Filipinos are very curious about me, so they ask a lot of questions. That helps crossing borders. And once you get invited to local fiestas and such, your integration speeds up.

Most of my time I talk to tourists or other foreigners living here, specially when I am at one place longer. Since I travel a lot I am always the new girl in town and the first to leave again.

8.    What custom/ habits do you find most strange about your adopted culture?
Ah, I guess I kind of mentioned the head shake for me meaning ‘no’ and meaning ‘yes’ to them. I find that very confusing. Same as the he/she, there seems to be no proper gender usage in language here, everybody is a she.

And the way they use the whole animal, they eat everything, skin, intestines and stuff in the first world we throw away or manufacture in such a way it has a different usage than make a soup or end up on a barbecue stick.

I’m always curious when I eat in local eateries about what is steaming in all those pans, but mostly it contains parts of the animal I am not used to eating. And specially the blood soups disgusts me.

9.    What is a myth about your adopted country?
That all beaches are white and Filipino people are overly friendly and stuff costs less to nothing here.

Beaches suffer heavily under pollution and so does the whole country, Habagat winds blow pollution from everywhere in the ocean unto the beaches here. And Filipino households use small portion plastic packages for soap and shampoo and even deodorant, youi find them everywhere, the lack of proper garbage disposal adds to the heaps of garbage lying around waiting for the flash floods to wash them to the sea.

The Filipino people kind of jumped leaped into the 21st century with internet access and the first world to them looks like heaven, and they want it. They are not so friendly anymore as they used to be. They become more self aware, both in a good way and a less good way and they want what they see ont he internet. So I guess selfishness is settling here also. Just like anywhere in the world.

And prices are rising here also, The new implemented tax laws from January 2018 made gasoline go up with 10 pesos per liter for example. And the influence of the huge taxes imposed on fuel storage is noticeable in the grocery shops but also in your electricity bill. And housing prices are rising. Due to the rising of tourism and foreigners building houses here, housing prices are getting up. taxes on land and property are getting up also.

A lot of information ont he internet is outdated and I meet a lot of disillusioned people looking for endless white sandy beaches with a cocktail served for 10 cents and a room for less than 10 dollar. That is not happening anymore here.

10.    Is the cost of living higher or lower than the last country you lived in and how has that made a difference in your life?
I kind of answered that already, but it is definitely lower. Here I can live on more or less 650 euro a month, I rent a gorgeous house on a cliff and go out for lunch and/or dinner almost every day, ride a big bike and stuff like that, I could never ever do that on the Netherlands.

11.    What advice would you give other expats?
Prepare well before you decide to go. Follow other expats in their experiences and try to learn from them. And make sure you realize you leave all behind, even a part of yourself, For, depending on which country you move to, mostly all your knowledge about politics, social structures and work experience will be useless.

You have to kind of start a new, or move to a place with lots of other expats and join their bubble. For that is what a lot of expats do, I have seen it in South America, And I have seen it in the Philippines: they create a safe bubble in which they roam around, complaining about the country, the finances and even their newly found wives. Somehow they stopped integrating and flock together in certain places. You see them there most days of the week, very predictable. 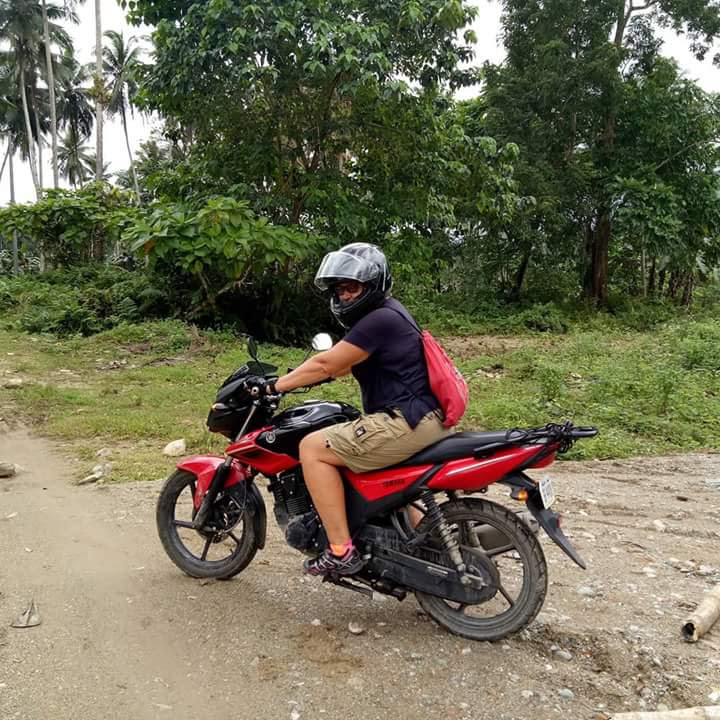 12.    When and why did you start your blog?
I started my website the moment I knew I was going to leave. And that was almost 1.5 years before my actual departure. For I realized it would take the website time to grow and to make me a living.

It changed over the years and it took a while before I really focussed on my niche, but now I am doing well, same with the YouTube channel. People, specially women that want to move to Asia and the Philippines,  find their way to my mailbox.