The 5 Parisian districts most coveted by expatriates

In 2017, Paris had over 16 million visitors, making the French capital one of the most popular destinations in the world. There are many motives why French people, as well as foreigners, come to stay in Paris, such as family, tourism, but above all for business reasons. The quality of life in Paris is so appreciated that each time it welcomes more expatriates to discover the City of Light, for a stay of a few months to few years.

According to this, here are the 5 Parisian districts preferred by expatriates, selected by Paris Attitude, the leader in medium and long term temporary furnished apartment rental in Paris.

Located in the western part of Paris, it is the most populated district of the capital, also known as the "district of Vaugirard". Traditional, bourgeois and innovative, the most well-known neighborhoods, Vaugirard and Necker, are famous thanks to the Montparnasse high tower, a multitude of museums and theaters as well as many health centers renowned throughout the world.

It is the largest district of Paris in addition to being the greenest of the capital, with the no less famous : Bois de Boulogne. Somewhat distant from the center of Paris, it remains nevertheless one of the most bourgeois districts of the capital. Staying there allows you to have a breathtaking view of the Eiffel Tower.

Each time more popular with families, this district of north-west of Paris does not lack assets. The presence in particular of a multitude of markets, local shops and green spaces are part of it. Borough with many faces, neighborhood life is rich and of very good quality.

It extends mainly from the Place de la Bastille to Place de la Republic and Nation. It is, without any doubt, one of the richest districts in terms of restaurants and places to party. The 11th arrondissement is known for its "popular" soul, offering an urban and lively surrounding, for a trendy population.

Located in the inner suburbs of Paris, the south of Hauts-de-Seine welcomes large groups and business centers. This is thanks to the presence of the district of La Défense. The posh cities of Neuilly-sur-Seine, Boulogne-Billancourt and Levallois-Perret, will be an excellent compromise for business travelers. In addition, expatriates wishing to stay close to their workplace make the choice of this borough. 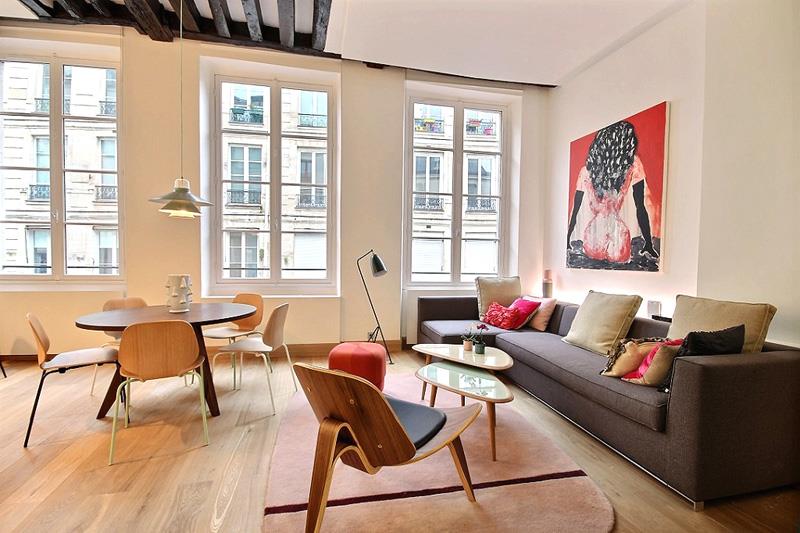