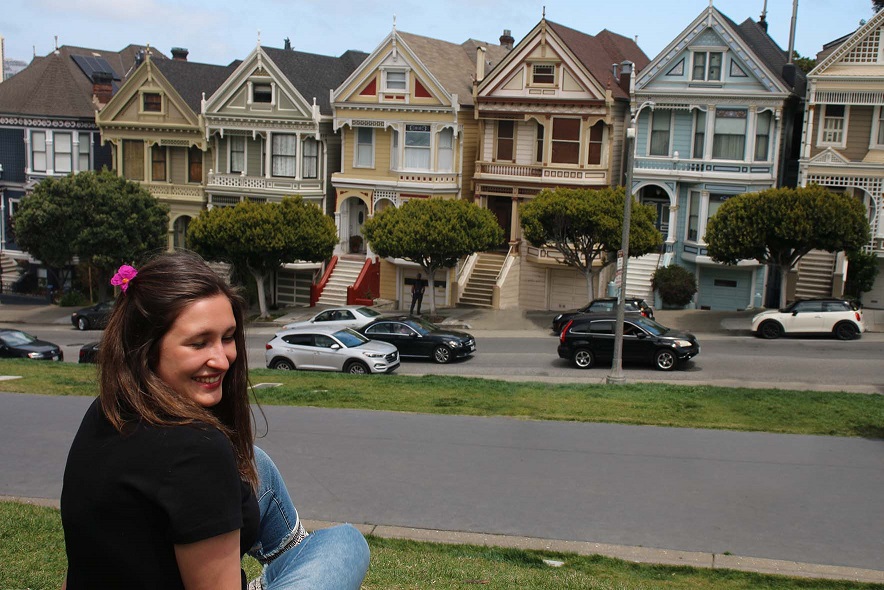 Hi, my name is Marina, I was born in the south of Russia, in a city called Volgograd (formerly known as Stalingrad). I now live in the United States, I just finished college and I am ready to explore the world.

1.    Why did you move abroad?
I went to the United States as a high school exchange student. I spent a year learning English, living in a host family and going to an American high school. It was a free program: students from some European and Asian countries are given a chance every year at a competition and they can win a year abroad in the US. It was a wonderful experience, I learned the language, made friends across the world and travelled more than I ever have!

After I returned home to Russia, I applied for a couple of colleges in Moscow and a couple in the United States.
I decided to come back to the US and see what new adventures it will bring. Since then I graduated college and studied abroad in Spain and got my first job in America. I still strive to explore the world as much as I can, and I am planning on going to graduate school, too. Still more adventures to come!

2.    How do you make a living?
I am working in the United States, but I was lucky to get amazing opportunities that helped me move to the US.  When I was in high school, I won a competition that completely paid for my whole year abroad.

After that I worked on-campus at College of the Ozarks, it’s a school that you pay for your tuition by working on campus. After that I received a full scholarship to a different university, which helped me afford a university in the United States.

That’s how I was able to come to the States at 15 without my parents paying for any of it. If you have any questions about applied for universities or scholarships in the States, feel free to ask me! I’ll try to share my experience and hopefully it will help you!

3.    How often do you communicate with home and how?
I talk with my family and friends daily. They miss me, and I miss them. I use Viber and Facebook messenger. I am so glad technology is here with unlimited data plans.

4.    What's your favorite thing about being an expat in the USA?
I really enjoy living in the United States because of amazing opportunities that I have. I was able to travel to several countries and learn about a unique way of life. US has people from different countries and backgrounds and I really enjoy meeting people from all over the world come together with big ideas and plans.

5.    What’s the worst thing about being an expat in the USA?
Being away from people you love is very hard. I wish I could travel but never leave your family and friends behind.

6.    What do you miss most?
I really miss being able to get places on foot. I live in a smaller city in the States and you have to have a car. There is just something uplifting for me being able to walk along with other people and not being dependent on a car. I like being in the middle of a bustling city, which I hope to move to soon.

7.    What did you do to meet people and integrate in your new home?
Meeting new people wasn’t hard for me. Most people in the US are not shy and they would come to meet me when they heard there was a Russian in their school! I do enjoy to be a part of university life and town events, so meeting people is not hard.

8.    What custom/ habits do you find most strange about your adopted culture?
I would say people’s independence from their families. Kids move out of their homes when they are 18 and parents go to nursing homes when they grow old. This is still very strange to me. Most people have separated themselves so far from everyone, they don’t depend on anyone, but I feel like that would just make me feel lonely.

9.    What is a myth about your adopted country?
The United States is big and diverse, so it’s really hard to say that something is not true. I almost feel like most of the stereotypes are true to some extent. There are cities like NYC that are definitely a melting pot of different cultures and nationalities but there are also small towns that are very stereotypical.

10.    Is the cost of living higher or lower than the last country you lived in and how has that made a difference in your life?
The cost of living in the States is higher than the one in Russia. But you also make more money in the States. It was hard in college, it was very difficult to make money, as international students are not allowed to work off campus, so most of my money came from parents and scholarships. But after I started working, I was able to afford living in the States and travel and go out.

11.    What advice would you give other expats?
In the United States, they expect you to tip at restaurants, bars, cabs, hairdressers, and even nail salons. You’re also given the option to tip pretty much everywhere else a service is provided. That’s just an advice to not be considered rude when you come. 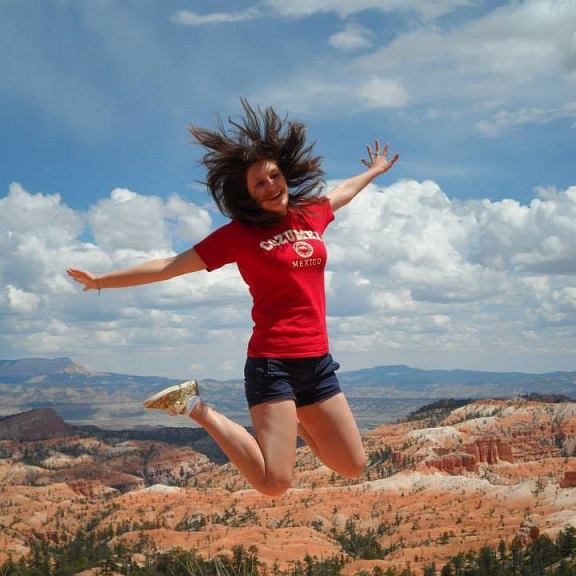 12.    When and why did you start your blog?
I just started my blog in the beginning of 2018, I wanted to share my experiences about travelling and living abroad. But I also wanted to meet people from different countries and celebrate a community of global travelers. And even in the last 5 months I made such wonderful friendships from posting on my blog. I can’t wait to see what other wonderful opportunities it will bring!