From Canada to the USA to New Zealand: Jandals & Togs 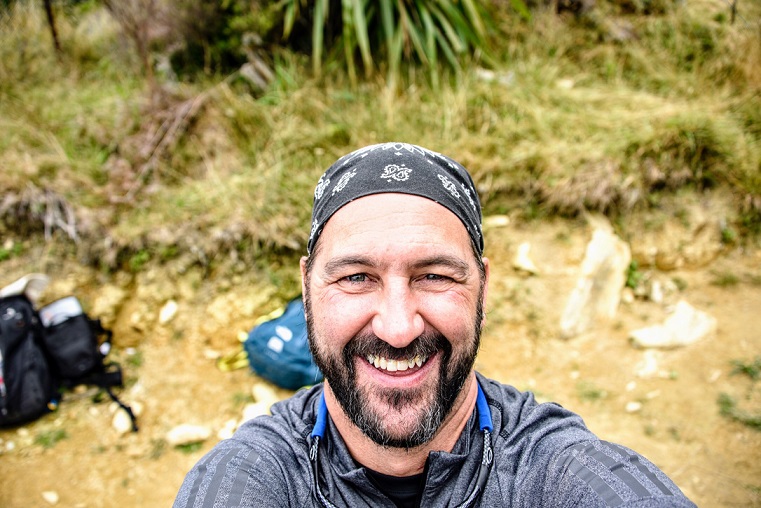 My name is Grant Highstead. I am currently an Emergency Medicine physician, but this is a second career for me. I grew up in Canada and moved to the U.S.A. nearly 30 years ago. I have a wife and a tween daughter, both of whom are from Texas. We returned to the US last October after living in New Zealand for a year and are working on moving back to NZ permanently, hopefully in the next several months.

1. Why did you move abroad?
My wife and I are always seeking out new experiences for ourselves as individuals, but also for our family. We were looking for another chapter for our lives in a new country and culture. Four years ago we spent two weeks travelling in a caravan through New Zealand’s North Island and decided to move there for a year. We loved it so much, we decided to move back permanently.

2. How do you make a living?
I am an Emergency Medicine physician. It’s an in-demand occupation globally, and easily transportable. The job is pretty much the same everywhere, but the environments in which I practice can be quite variable.

I briefly touch on this in some of my blog entries. The biggest reason for our decision to return was my desire to continue practicing medicine in NZ rather than the US. My wife is also in healthcare, but she is looking for a change in direction in her career.

3. How often do you communicate with home and how?
My wife has an international phone plan, so she speaks with her family several times a week. I don’t speak with my family more than about once a month or so, even when I’m in the US, and generally do so with FaceTime.

4. What’s your favorite thing about being an expat in New Zealand?
We love that there are so many cultures represented in New Zealand, and we are especially impressed with how much we are exposed to the Maori culture in our daily lives. We also really appreciate how family-oriented everything is there. While I worked just as much or more in NZ than I did in the US, we seemed to have more time to spend with each other in NZ than we did in the US. This priority on spending time with family is supported and encouraged by the people I worked with and the hospital I worked for.

5. What’s the worst thing about being an expat in New Zealand?
Kiwis tend to be a pretty laid-back bunch of people, which is great in so many ways. One of the reasons we are moving there permanently is the significantly lower stress levels we experienced in our daily lives. But... that laid-back attitude means that things don’t happen quickly. We fear that our daughter won’t feel the urge to push herself and reach for the sky. Tall poppies get mowed down, right?

6. What do you miss the most?
We really tried to embrace our new country, and that included eating local/seasonal offerings. We did cheat once or twice and order from the American food store. We miss good Tex/Mex food. My wife grew up in Texas, and I lived there for several years, so we are a little particular about it. The best we had in New Zealand was at the Alley Cantina in Dunedin, and there was a good place in Christchurch, too. We miss good bourbon and rye whiskey, and the ease of internet shopping.

7. What did you do to meet people and integrate in your new home?
This was actually one of our biggest complaints about living in New Zealand. Every Kiwi I have ever met while travelling has been open and friendly, and I kind of expected the same in New Zealand. But back home, they are very reserved. Through persistence and patience, and through our daughter's interests in soccer and volleyball, we eventually met some Kiwis that we came to call “friends”, but it took 6+ months to do so. Even they admitted that it’s pretty tough to meet new people there.

8. What customs/habits do you find most strange about your adopted culture?
The slang! Even when I can hear through the accent and figure out the words, I have a hard time understanding what they mean. At work, I often have to ask the nurses to “translate” for me. The other thing that struck us was the easy, and common, use of curse words. No doubt about it, America is a pretty prudish place, but we were all shocked to hear curse words on the radio and television, and see them written on signs and fliers.

10. Is the cost of living higher or lower than the last country you lived in and how has that made a difference in your life?
The cost of living is so much higher in NZ than we are used to, and the quality of goods is significantly lower. Quality products are available, but often at too dear a cost. Add to this that my income in NZ is about 40% of what I earn in the US; it really required a drastic change in how we live. We are much more cost-conscious, buy less, and travel less extravagantly.

11. What advice would you give other expats?
If you are a Type “A”, driven personality, NZ might not be a good fit for you. If you are happy with a slower pace, less consumer-oriented lifestyle, you will likely feel right at home. 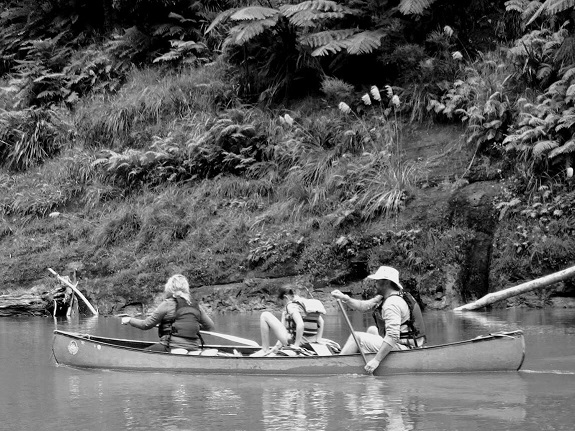 I started writing about a month before we left the US for NZ. I started out by chronicalling our preparations for leaving, then transitioned to writing about our experiences in NZ. My goal was to write something about once per week while away. I think I had been writing for several months before I truly found my “voice”. Starting in about late October/November, I think my blog posts took on a familiar and consistent cadence and style.

The blog was for friends and family back in the US and Canada, but I quite enjoyed the discipline and creativity. I hope to resume writing when we return to NZ later this year, though my writing won’t be nearly so prolific.