From the USA to Colombia: Medellin Guru 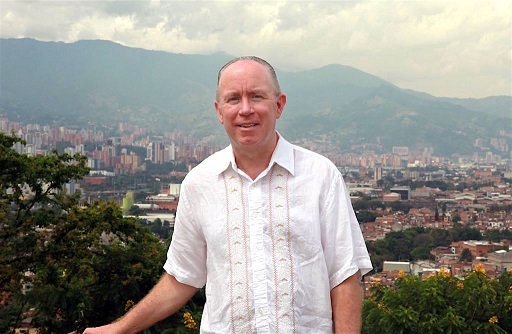 My name is Jeff. I was born in California but I lived in several states in the U.S. and also lived overseas in Indonesia for five years when I was young.

I was living in Dallas, Texas in the U.S. before I moved to Medellín, Colombia. I have now lived in Medellín for over seven years.

1.    Why did you move abroad?
I originally discovered Colombia back in late 2006, when I was living in Dallas and looking for a new vacation place.  I was looking for someplace warm to go, as this was during the winter.  Cartagena was the first place I discovered in Colombia.

How I discovered Colombia? I happened to buy a book “100 Places to See in Your Lifetime: Heaven on Earth” published by Life magazine. And two places in the book caught my eye as possible vacation places – Rio de Janeiro, Brazil and Cartagena, Colombia.

I decided to go to Cartagena on vacation, as it was closer and cheaper. And I spent several weeks in Cartagena as a break from a cold winter in the U.S.

I thoroughly enjoyed Cartagena, which I described to my friends in the U.S. as kind of a mix of a Caribbean beach location with the vibrant history, restaurants and nightlife of a place like New Orleans. I returned to Cartagena several more times on vacation. In addition, I brought a good friend along on one of the trips and he also really enjoyed Cartagena.

It was during one of these trips that I met some expats in Cartagena who told me I had to go to Medellín. I had the typical American reaction thinking of the history of Pablo Escobar and drugs and violence. But these expats assured me that Medellín had changed completely.

To make a long story short, I went to Medellín.  I planned a trip and decided to go to Medellín to see the Christmas lights. I had an amazing time and was completely enchanted by the city. I wanted to spend more and more time in Medellín. I started spending all my vacation time in Medellín. Normally I spent a week to 10 days.

I even worked remotely from Medellín during some of these trips for a few days and started to think about moving to Medellín, as I had a job in the U.S. with location flexibility.

By 2009, I made the decision for a trial of living in Medellín. I was working from home in the U.S. and just needed Internet and a phone to do my job. So, I had location flexibility and really could work from anywhere.

For anyone considering moving to Medellín or other city overseas, I highly recommend doing a trial like this. My trial of living in the city went well. And the more I learned about Medellín, the more I wanted to stay.

2.    How do you make a living?
I happen to have location flexible work that enables me to live anywhere in the world with high-speed Internet. Also, I use a VOIP phone so my phone number in Medellín is the same U.S. phone number as I had when I lived in the U.S.

3.    How often do you communicate with home and how?
Home for me is now Medellín in Colombia, where I have lived for over seven years. I communicate with my family in the U.S. monthly via phone and email.  And it is easy for them to call me, as I still have a U.S. phone number in my home office in Medellín that was the same as it was in the U.S.

4.    What's your favorite thing about being an expat in Medellín, Colombia?
I can’t say there is just one single favorite thing about being an expat in Medellín. I would have to say my favorite things about being an expat in Medellín include the following:
•    Spring-time climate year-round in Medellín (I’m now completely spoiled)
•    Low cost of living – as a couple our cost of living has averaged less than $2,100 per month and we live in a nice apartment with three bedrooms and two balconies.
•    Good healthcare – Colombia has the best healthcare in Latin America and Colombia’s healthcare is even rated better than the healthcare in the U.S. by the World Health Organization
•    Good metro and inexpensive public transportation – Medellín has a modern metro system, which is the only rail-based metro system in Colombia. The metro, buses and taxis are all reliable and cheap that makes it easy to live in the city without a car.
•    Diversity of Colombia – Colombia is the second most bio-diverse country in the world. I have traveled throughout Colombia over the past 10+ years and many of the landscapes in Colombia are breathtaking. It’s also easy and cheap to travel anywhere in Colombia.
•    Friendly and welcoming people –  if you make the effort, and take the time and learn some Spanish, Colombians are generally friendly and welcoming and very kind.
I even wrote an article for the Medellin Guru blog, with a total of 27 reasons I chose to live in Medellín: https://medellinguru.com/why-medellin/.

5.    What’s the worst thing about being an expat in Medellín, Colombia?
The standard of living is quite low in the poor neighborhoods of Medellín. So, crime is more common than is found in the U.S.  So, you need to take precautions.

This biggest concern of expats planning to move to Medellín is security. But once they start living in the city, security becomes less of a concern once they realize that the reality doesn’t match the perception many foreigners have.

In over seven years living here, I have only encountered a handful of expats that have experienced crimes. Most of these were robberies on the street. And the most commonly stolen item was a cellphone.

I only experienced one problem in seven years. I was traveling on the metro during rush hour when people were packed in. I had backpack with a small camera in the small pocket. And when I arrived at my destination, the camera was gone.

6. What do you miss most?
I miss my family and friends in the U.S. But it’s easy to pick of the phone and talk to them.

7. What did you do to meet people and integrate in your new home?
I learned Spanish. I took Spanish classes at Universidad EAFIT in Medellín to get to an intermediate level of Spanish. If you want to meet people in Medellín and integrate, Spanish is required as few speak English.
I have met some foreigners that have been living in Medellín for several years that don’t speak much Spanish. So, they have to depend on others. I would say this isn’t really integrating.

I socialize with a number of Colombians who I have found are open an friendly. Also, life in Colombia generally revolves around family, friends and enjoying life. In Colombia people generally work to live and some in the U.S. in my experience seem to live to work.

8. What custom/ habits do you find most strange about your adopted culture?
If someone says they will be there in 30 minutes it may be in two hours, tomorrow may mean sometime later in the week and so on. I definitely wasn’t used to this when I moved from the U.S.  You will need patience and tolerance living in Medellín or other cities in Colombia.

But I understand this something that is not unique to Colombia and is common in other countries in Latin America.

9. What is a myth about your adopted country?
When the average American hears “Medellín” or “Colombia” thoughts tend to turn towards the scenes in the popular Narcos series – drugs and widespread violence and Pablo Escobar. Medellín and Colombia still has a bad reputation to overcome from the days of Pablo Escobar, but Pablo is long gone.

10. Is the cost of living higher or lower than the last country you lived in and how has that made a difference in your life?
The cost of living in Medellín is much cheaper than in the U.S. For example, I don’t know anywhere in the U.S. where you could rent a modern 3-bedroom, 2-bath apartment with 2 balconies in a high-rise with a pool and gym in the building for about $420 per month. And a taxi ride here for me averages just $3.

So, I am able live a similar standard of life as I was living in the U.S. for much less in Medellín.

11. What advice would you give other expats?
For other expats planning to move to Medellín or another city in Colombia I have four main tips:


12. When and why did you start your blog?
For three years, I was the main writer for another Colombia blog writing about my experiences living in Medellín. And I was also editor for that site for six months. During this period of three years, I helped countless expats by writing over 100 popular articles, answering thousands of questions and meeting 100s of expats.  So, thousands of people over the past few years have used my advice about Medellín.

I launched the Medellin Guru site in July 2017. But I spent over a month before that creating a detailed plan for the site and designing the site. I also wrote many articles for the site so it had content covering several topics on the first day the blog was launched. And the blog now has over 175 articles covering a wide range of topics.
The Medellin Guru site in less than 10 months has become the most popular English-language blog about Colombia in terms of Facebook likes and followers.  I wrote a recent article about all the top Colombia blogs. 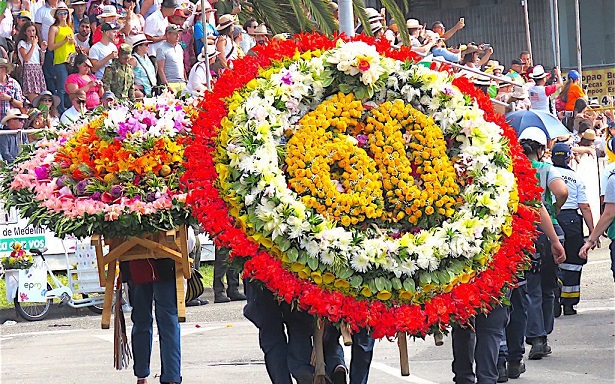 To find out more about living in South America, refer to our