From Indonesia to Russia: Sightseer's Diary

My name is Eva. I was born in an exotic country, where you can find coconut trees everywhere – Indonesia. Then I moved to a faraway country covered in snow in the winter – Russia. This is my fourth year living in Moscow, the capital city that will soon be the host of the world's most exciting event – the FIFA World Cup 2018!

1.    Why did you move abroad?
My husband is one of the reasons I moved to Russia. We both decided to live and work hard in Russia first, then maybe in the future, once he has more resources, we shall move to a warm, sunny country. The other reason I moved was because I wanted to learn Russian. I am a language lover and living in Russia is a great opportunity for me to learn something new.

2.    How do you make a living?
I am a freelancer and I work nearly 7 days a week, and 12 hours a day. I work as a Bahasa Indonesia teacher for foreigners and I also work as a translator (Russian to Indonesian, Indonesian to Russian, Spanish to Indonesian, and English to Indonesian). Despite the stereotype some people have that working as a freelancer is not challenging, I love my own jobs. They are not only flexible because I can work wherever and whenever I want, but I can also meet a lot of nice and amazing people doing my job.

3.    How often do you communicate with home and how?
Whenever my husband and I have time for a holiday, we always come back to Indonesia to visit loved ones. When I am in Russia, I use all sorts of social media and messengers on a regular basis, such as Skype, WhatsApp, Telegram, Viber, and all that jazz. I text my friends almost all the time and speak to my mom whenever I have a hint of free time.

4.    What's your favorite thing about being an expat in Russia?
Walking and playing in the snow. It sounds silly, I know, but when I was in Indonesia, I never walked as much as I walk in Russia, strolling around the capital, exploring new routes, spending time outside and of course finding interesting things to write about on my blog. Indonesians are more fond of spending their time in the department store than in the park, so this experience is new for me, and I like it. Moscow has many interesting routes along with enticing historical places that you can explore easily whether in the winter or in the summer.

5.    What’s the worst thing about being an expat in Russia?
There isn’t a real worst thing that I could tell you. I just find it annoying that people keep looking at my face just to guess whether I am Russian or not, or to guess my origin. My husband told me that actually they (Russians) are just interested in foreigners, but they don’t dare to say hello or smile to express their curiosity, so what they do is just watch you with great interest.

6.    What do you miss most?
I miss Indonesian food. It’s a hard mission to find spicy food in Moscow. I tried many Asian restaurants that promised me the spiciest food ever, but then I realized that means the food is spicy for them, but not for me.

7.    What did you do to meet people and integrate in your new home?
Learn the language. Language plays a prominent role in my integration process as Russia is not an English-speaking country. A year after I moved to Russia, I spoke only a bit of Russian, and that made it hard to make new acquaintances. So, the second year, I focused on improving my Russian by joining a course both offline and online and also started my study in one of the most famous university in Russia – Lomonosov Moscow State University. Even though I studied for only one year there, I made some new acquaintances and one of them even invited me to walk around Moscow and happily assisted me in learning the Russian language.

8.    What custom/ habits do you find most strange about your adopted culture?
As an Indonesian who smiles a lot, meeting a face with an absence of a smile is quite difficult. At first, I was even shocked to learn that they don’t even smile to each other on the street, meanwhile I kept smiling like crazy. But, then I learned and got to appreciate their culture.

Another thing that surprised me was their ignorance about other countries. Most Russians don’t even know where Indonesia is. They just know Bali, and they can’t even imagine where my country is.

9.    What is a myth about your adopted country?
That Russians love vodka- Yeah, it is a myth. Not all Russians drink vodka and play balalaika. Some of them don’t even drink alcohol or embrace this habit as part of their lifestyle.
Also that Russians are cold and bold- They are, but if you speak the language and get to know them better, you will find that they are really helpful and not as cold as you might think. They are just shy to talk to foreigners and afraid to risk greeting them first.

10.    Is the cost of living higher or lower than the last country you lived in and how has that made a difference in your life?
The cost of living in Moscow is undoubtedly higher than in Jakarta (Indonesia). For now, it doesn’t make any difference in my life as I share the living cost with my husband. But, for example, when I need to go out by myself and pay for my food, the price is quite affordable as long as you don’t go to luxury restaurants. The entrance tickets to museums or any other places are reasonable enough, I think, and won’t break the bank.

11.    What advice would you give other expats?
Learn about your adopted country first. Being an expat is a big decision. You need to be ready for strange things that will happen on your journey. You are demanded to adapt quickly to a life that is (maybe 100%) different from your life before. And definitely learn the language. I wished I had learnt the language before I came here and didn’t waste my time murmuring that I miss Indonesia. Last but not least, open your mind to new cultures and new habits - I think it might make your life in a new country easier.

12.    When and why did you start your blog?
I actually started my blog 2 years ago but, due to many reasons, I have just begun to write more regularly last year. I like writing and I would jot down any ideas that ever crossed my mind about something, whether it is for my blog or my diary. I prefer my blog as I also want to share my experiences with other people, not only about my adopted country, but also my journey and my ‘trivial things’ in general. Maybe someday I can be a celebrity! Who knows? 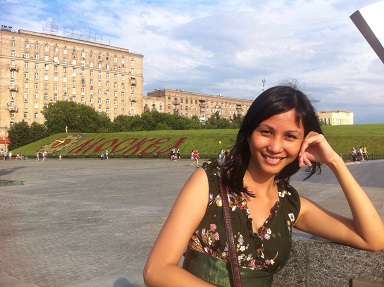 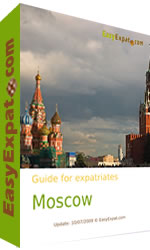