From London to Bulgaria: Bulgarian Slivatree 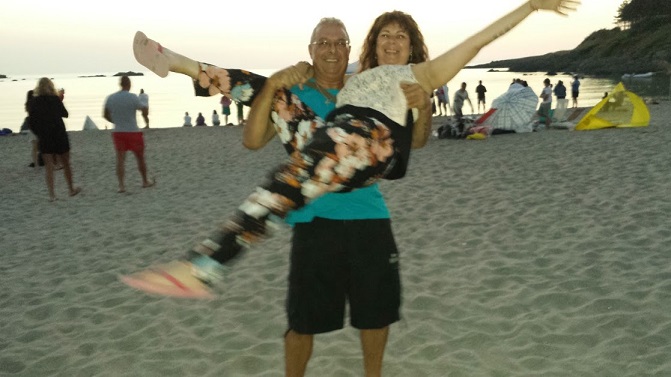 Hello Everybody,
May I introduce myself? My name is Martin, originally from London and now living a better life in the City of Yambol in Southeast Bulgaria. I have been with my lovely Bulgarian partner Galia since meeting her in 2006.

1. Why did you move abroad?
The main reasons were to escape from the UK and move to a place that suited my ideals. Namely, living economically without being suppressed by materialistic wants and living a life without waste away from a throwaway society. My ideals are akin to the way of life for most Bulgarians in Bulgaria albeit my choice and opposed to no choice for many Bulgarians.

2. How do you make a living?
Initially I worked full time in a boiler factory in Bulgaria earning a local wage. Now I live on a small Teachers’ Pension taken early, (I’m only 59 years of age). Luckily this is the equivalent to a Bulgarian wage here, (not a Bulgarian pension I might add).

3. How often do you communicate with home and how?
Bulgaria is my home! I do have 4 grown up children, and a Sweet Granddaughter in the UK. I email them every week. It is good to know that modern and virtually free communications has come to play a great part in making things much easier with the distance apart.

4. What's your favorite thing about being an expat in Bulgaria?
Freedom is probably my most favourite aspect being here, which is something people might find strange in an ex-communist country. There are no boundaries in conversation I am no longer having to tread on eggshells talking about any topic.

A close second is the food - it is magnificent! So much so that I was compelled to write a cookery book about Bulgarian food in English. Also, but also important to me, being able to view English Premiership Football team on TV without extortionate fees involved from scrupulous profiteering off fans who can’t afford to go to matches!

5. What’s the worst thing about being an expat in Bulgaria?
The GB pound and the Bulgarian Leva exchange rate, my small pension relies on a strong pound to keep my head above water.

6. What do you miss most?
My children, a pint of pulled Yorkshire ale (in Yorkshire) and English innuendo humour. To be honest, can’t think of anything else.

7. What did you do to meet people and integrate in your new home?
Let my previous life go and immerse myself totally into the Bulgarian culture, language and community. I have found that you have to go out of your way to communicate with people and not get trapped into solitude or reliant on other Expats for companionship.

8. What custom/ habits do you find most strange about your adopted culture?
There are many customs and habits that surprised me when first arriving in Bulgaria, in fact too many to mention. Most of these I wrote about and turned into a book which readers found very useful when wanted to know what to expect in Bulgaria.

9. Is the cost of living higher or lower than the last country you lived in and how has that made a difference in your life?
The same from cost of gas, electric and fuel. In terms of income and pensions in Bulgaria they are the lowest in Europe so for Bulgarian the cost of living is higher proportionally. Food is cheaper in the UK, that might surprise some people, but drink (alcohol based) is much cheaper here. Property here is relatively cheap looking in from the outside of Bulgaria. Property here is generally not treated as an investment, but as a home hence the lack of yearly inflated real estate prices. With no overheads from a mortgage or rent that makes a big difference to quality of life even on a very small pension.

10. What advice would you give other expats?
Learn a bit of the language and indulge in many new things as you can manage. You will then be rewarded with wonderful hidden treasures unbeknown to most who don’t. 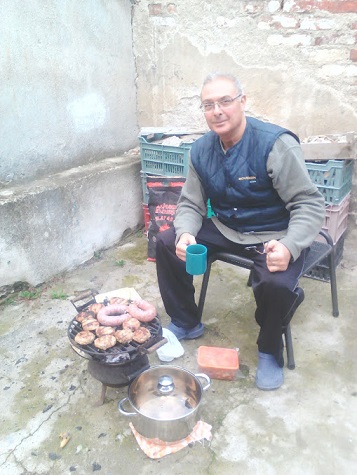 11. When and why did you start your blog?
My blog started around 11 years ago and was used initially to help others find out about a country that is widely unknown to outsiders. Subsequently the notes made from this were transposed into books which are now published.

To find out more about living in Bulgaria, refer to our