From New Jersey to France: France, Food, Scooters and More 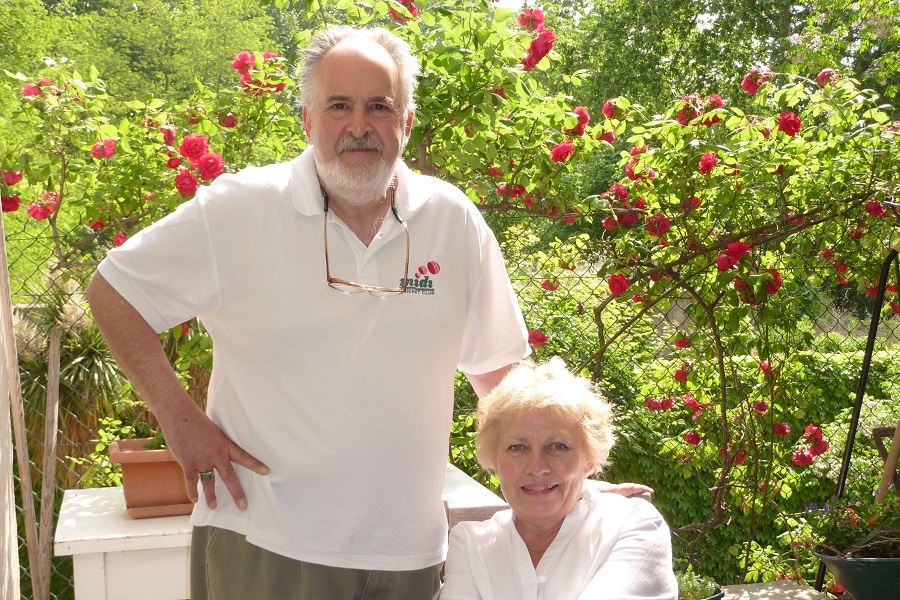 My name is Ira. I was born and raised on a dirt road in rural northern New Jersey surrounded by cow pastures and corn fields marked off by stone walls built when the fields were first cultivated starting a couple of centuries ago. (Yes, there were such places in New Jersey 60 years ago. And there still are!) My wife Cathey, a Texas girl, and I lived in the Lehigh Valley of eastern Pennsylvania for about 40 years before retiring to the small village of Quarante in the rural south of France where we are surrounded by vineyard after vineyard, marked off by stone walls built when the vineyards were first cultivated more than ten centuries ago. Karma.

1. Why did you move abroad?
Cathey and I like to travel. We’d driven around the Lower 48 extensively, visited Mexico a few times, and vacationed in the Caribbean. As we got older, we began to explore Europe. When we turned 50, we started thinking seriously about our retirement. What did we want to do? Travel. Where did we want to travel? Europe. Why not live there? Being from Texas, Cathey had had enough of winters in the Northeast. “I will never shovel snow again!” So we decided on a Mediterranean climate. When we visited the south of France, the region that used to be called the Languedoc but is now Occitanie, we knew we’d found our place. And no snow! Well, a dusting every year or two where we live. But it melts by itself after ten minutes.

2. How do you make a living?
I’m retired…mostly…living primarily on our Social Security retirement benefits. I spent the fifteen years before retirement as the development director for a nonprofit that addresses homelessness and mental health issues. I continue to do a bit of grant writing for them as a telecommuter. And, of course, I blog. Before that, Cathey and I ran a mass-market floral business, selling premade bouquets to grocery stores, minimarkets, and a string of street vendors. But mostly, I’m retired.

3. How often do you communicate with home and how?
We’re in contact with our families at least weekly. Some prefer phone calls and the major French telephone companies offer free calls to the States. Facetime lets us watch our grand-nieces and nephews growing up. And there’s email and Facebook Messenger and any number of ways to stay connected electronically in addition to face-to-face family visits. One of Cathey’s sisters has moved full-time just down the street and the other visits for at least a month twice a year. We don’t feel isolated.

4. What's your favorite thing about being an expat in France?
In no particular order, my favorite things about living in France are the weather, the food, the wine, the landscape, and the people – both the French and other expats. I’m fond of saying that the Impressionists painted here for a reason. The light seems to emanate from the landscape rather than be reflected off it.

We are a half hour from the Med, a short ride to the Massif Central and the Pyrenees, and white-water rivers flow from the mountains through gorges to the sea. Food is grown for the taste and not for its ability to survive cross-continental shipping. In the words of Willy Wonka, “The snozzberries taste like snozzberries.” The Languedoc is the largest wine-growing region in the world – three times the size of Bordeaux and seven times Napa – so the wine is cheap and plentiful.

In France, there’s a different cheese for every day of the year. And we’re the sunniest region of France with 300 days of sunshine each year. Given all of that, it’s not surprising that Occitanie can be thought of as the UK’s Florida. You could even say that Provence is the tony east coast of Florida and that Occitanie is more like the west.

That being the case, there’s a thriving expat community. We count Brits, Scots, Irish, Swedes, Dutch, Germans, Kiwis, and more as friends and have an active and satisfying social life. And no, I’m not being paid to gush about France. It’s just that living here full time has exceeded our expectations.

5. What’s the worst thing about being an expat in France?
The French have had centuries to refine their bureaucracy and they have honed it to a fine edge. Politeness, patience, and thoroughness are your only weapons, but they go a long way. Sometimes, you just won’t win.

But the beauty of a true bureaucracy is that the bureaucrat can decide to help rather than hinder. That’s why Politeness leads my list.

There are other, minor niggles that I could list. The language can be daunting for someone not fluent, but it can be learned. Drivers are surprisingly polite but there are occasionally those who are convinced that they can outpace Lewis Hamilton if given the chance.

Speaking of the roadways, they are usually in good repair, but the rural lanes are not very wide. Given the numbers of bicyclists, hikers, caravans, and tractors that you have to share them with at various times of the year, there are seasons when an extra half-hour has to be added to even the shortest excursion. If you live in an old stone village house as we do, you come to understand that walls, ceilings, and floors meet at only an approximation of right angles and you must plan your carpentry projects accordingly. All are minor headaches, however.

But really, truly? What do I miss? Not much. I’ve never been a person tied to a particular place. (I know that the stock answer is probably that people are missed the most. But friends and family have the resources to visit as they please, there’s all that electronica to keep us in touch, and we have made a veritable raft of new friends.)

Again, mostly expats. And expats seem eager to help you to integrate. The local French are more circumspect, although in a small village like ours – 1,500 people – everybody knows your business. When we introduced ourselves to the mayor and began to tell him where we lived, he stopped us short. He knew.

But the French don’t automatically invite you into their homes the way that Anglos do. We have had French neighbors care for our cats when we were away. We’ve watered plants for French neighbors when they’ve been away visiting family, and we’ve taken walks with the local historical society. But we have yet to spend a great deal of time in our French neighbors’ homes. We’ve found that the best way to meet local villagers is to spend the morning in the local bar, having a coffee and reading the local newspaper. Eventually, you become an accepted part of the local landscape.

8. What custom/ habits do you find most strange about your adopted culture?
One of the reasons that we chose Europe, rural France in particular, is that we feel comfortable here. There’s a casual politeness to everyday affairs. Everyone says Bonjour as you pass in the street.

Our village shopkeepers are particularly folksy. The butcher wants to know how we cook our turkey at Thanksgiving. (Must be special ordered. The only time that you can buy whole turkeys in France is at Christmas.)

Fanny, our local veggie farmer, sets up her stand in the church square a few steps from our door every Wednesday and Saturday. There’s usually a line because her produce, that comes exclusively from her farm, is always as fresh as can be. Regardless of the length of the line, every customer gets her full attention, and that might include talking about the kids or the latest gossip. But that’s OK. Nobody gets impatient. It’s simply a part of life in a small town.

9. What is a myth about your adopted country?
The biggest myth that we’ve encountered about the French is that they are snooty in general and derisive of Americans in particular.  In our case, not true at all. They are curious, certainly. Particularly recently. Trump? Really? But on the whole, we have always felt welcome.

10. Is the cost of living higher or lower than the last country you lived in and how has that made a difference in your life?
For the first two years, I kept a record of every penny that we spent on an Excel spreadsheet, EVERY penny including food and clothing and mortgage and insurance and taxes and eating out and docs and meds and vet bills. Our expenses average less than $2,500 a month.

Lifestyle dictates cost of living. We downsized when we came here and we don’t heat or air condition every room all of the time. We’ve gone from two cars and a motorcycle to just one car. We source as much food as possible locally. Electricity, water and sewer, and gas are more expensive but internet and phones are cheaper. We go out to lunch when we feel like it and entertain much more often than we did in the States.

Two or three times a year we take a mini-vacation to another part of France or to Spain, England, or where ever. It’s a cheap price to pay for a thoroughly satisfactory, First World life. So regardless of any cost comparison, we are living a better life. And at $2,500 a month.

11. What advice would you give other expats?
Do your due diligence. Learn the language and customs. Don’t sell out and move without having tried your new country on for size. Get your finances in order. Know what you need to be comfortable. (Are you city folk or country mice? Are you willing to get in your car every time you need to visit the grocer or do you need one in walking distance?) Introduce yourself at City Hall. Attend public events – concerts, charity bingo (called LOTO), local soccer or rugby team matches, church if that’s your thing. Understand that your new country is not your old country and adjust your expectations accordingly. You’ll have to change. They won’t. 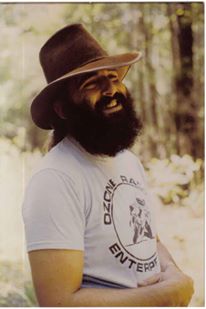 I’ve always been a writer to the point that I earned a good living writing grants. But I didn’t start my blog until we decided to make the move to France. Much of my early posts were about buying our house here, choosing a shipping company, preparing to bring our cats with us. And as we were contacted by more and more folks asking for advice, it was gratifying to be able to hook someone up with a mortgage broker, a builder, or a place to store their household goods until renovations were complete. And as I’ve built my online presence, I realize that it will be a good foundation for the day that my murder mystery is ready to publish. 33,000 words and counting.

Paris Guide
To be considered for an interview (as well as other articles), add your blog to BlogExpat!