From Canada to USA to Ireland: Gracefully Expat 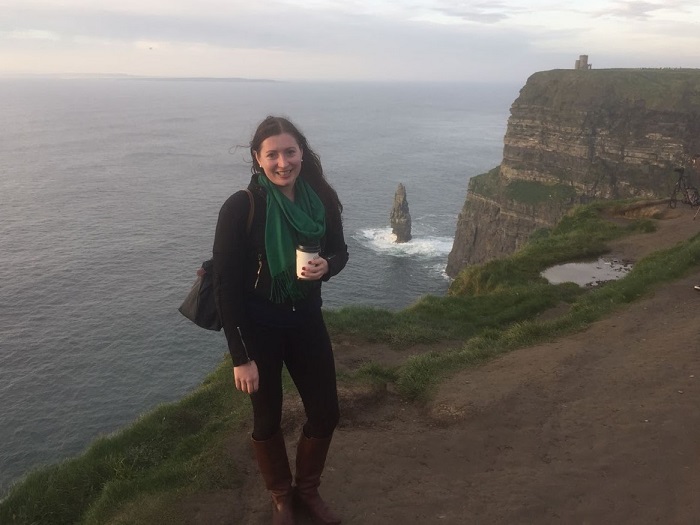 1. Why did you move abroad?
I first moved away from my home country when I was a student, and I transferred from my university in Canada to one in the US. That turned into a job offer, and I lived in the US for several years. During that time, I went on a rotation to South Africa, which was a more typical, employer-sponsored expat experience. Then, in June 2016 I moved to Ireland, also for work, but that time as a local hire. Beginning in late 2017, I will be splitting my time between Vancouver, which is where I'm from and where my family live, Dublin, where some people who are very dear to me are based, and the rest of the world.

2. How do you make a living?
Until recently I had a very typical job, 9-5, office-bound tax accountant. One big advantage of it was that due to the international nature of my tax speciality (I work in US expat tax), these opportunities to move around the world kept coming up. Eventually I realised there was sufficient demand for US expat tax services, and decided to give self employment a go.

3. How often do you communicate with home and how?
I use just about every communication method imaginable! My sisters and I message and voice call via Whatsapp, so we're in touch constantly. We've even got our mum using Whatsapp, and she wouldn't be the earliest adopter of technology! With some family members, I use Facebook messenger, Skype, Facetime, or if I absolutely need to call a landline, my preferred method at the moment is an app called Viber. It's easy to load credit and it makes calling my parents on their landline so affordable. The rate is less than 2 cents a minute so my mum and I can have a nice leisurely catch up without her worrying about the “long distance” rates, or remembering out how to dial international numbers.

The hardest thing about communicating with home is the time zones. When I'm in Ireland, Vancouver is 8 hours behind so finding times when we're all awake and available can be tricky!

4. What's your favorite thing about being an expat in Ireland?
Ireland is a great place to try out an expat experience. The people are incredibly warm and friendly, the culture is really familiar for English speakers, and the quality of life is good. Dublin is a really comfortable city for me. It's just the right size, it's well connected to the rest of Europe, and it's close to so many amazing outdoor activities. So it's a good blend of the urban amenities that make life convenient, but also doesn't feel like you're living in a concrete jungle. I think of it as a very human-scaled city.

5. What’s the worst thing about being an expat in Ireland?
One of the biggest challenges facing Dublin right now is the housing crisis. Housing options are very limited, and frankly very expensive. It's something that the government is trying to address, but as of now it's still very much an issue.

6. What do you miss most?
On one of my first visits back to Vancouver after moving to Ireland, I realised I love it there too much to be satisfied with a few short visits a year. I deeply missed the great skiing in the winter, and the gorgeous weather in the summer. So I'm going to be spending 4-6 weeks in Vancouver this winter, getting loads of skiing in!

7. What did you do to meet people and integrate in your new home?
At first I met people in Dublin mostly through work. But soon I found my local yoga studio, which is one of my preferred haunts whenever I'm in town. I also just said yes to any and all invitations in my first few months. Just being open to new experiences and new people helps a lot. I was lucky to find a group of girlfriends that included some fellow expats, as well as some local girls, who were always up for planning fun events and trips.

8. What custom/ habits do you find most strange about your adopted culture?
This may sound weird, but I've noticed in Dublin people don't keep to one side of the sidewalk (or footpath, as it's called here) or the other! To be honest, even after more than a year, I still can't figure it out and I just try to stay out of people's way! At home, you'd generally keep right, and in other countries where they drive on the left, I've noticed they generally keep to the left. Here, it's anyone's guess!

9. What is a myth about your adopted country?
That's a tough question, because after you live in a place, you tend to forget the myths and stereotypes. I guess there's a stereotype about Irish people eating a lot of potatoes? I feel a bit cringe-y even mentioning it, but for the record they eat approximately the same amount as we would in Canada! The stereotype about Irish people being absolute fiends for tea is true, though.

10. Is the cost of living higher or lower than the last country you lived in and how has that made a difference in your life?
Cost of living is a tricky one, and I think people oftentimes don't think about it in the optimal way. The price of groceries, or a cup of coffee, or a taxi to the airport, for example, are all highly relative, and it's usually not productive to just convert currencies and think you've figured out where the cost of living is higher or lower. That's because when you are earning in local currency, what really matters is your take-home pay after taxes etc. All that is to say, I think cost of living relative to take-home pay is somewhat similar in Vancouver vs. Dublin. Housing is expensive in both cities, unfortunately.

11. What advice would you give other expats?
My biggest piece of advice is to be as adaptable as you can, because it will improve everything about your experience. My next piece of advice is, if you're going to live in a place, really live there. Figure out a daily/weekly routine that works for you, and try to live like a local while you're there, as opposed to over-scheduling too many touristy things or spending all your weekends away. 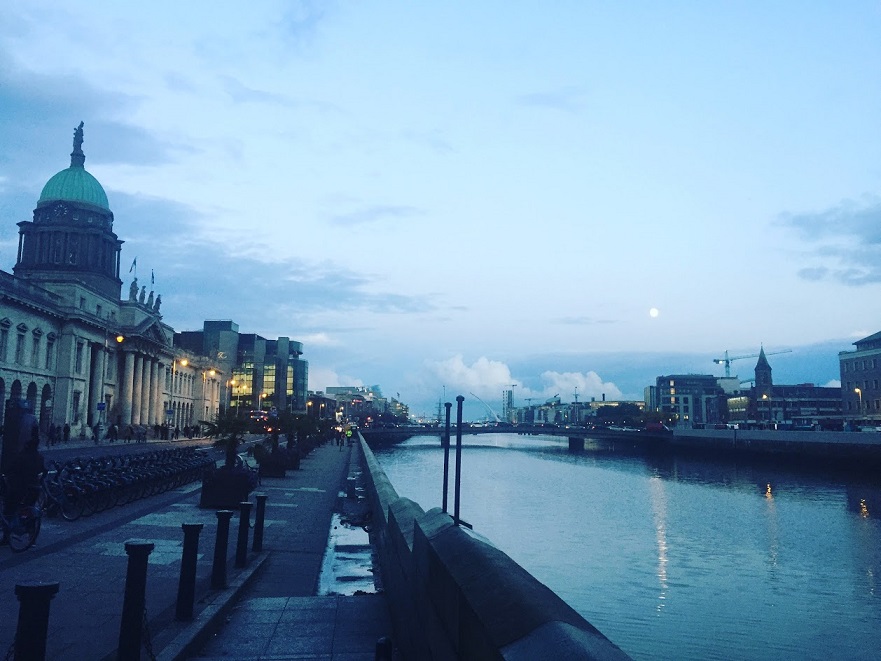 I started my blog in April 2017 and it was something that had been rattling around in my brain for a long time. I noticed there was a gap between traditional expat blogs, and digital nomads, and I felt like I was somewhere in between. I also wanted to explore how a location independent lifestyle could coincide with also reaching financial goals. For me, saving up to travel, spending all your money, then repeating the process, just wasn't good enough. I wanted to live my ideal lifestyle while also advancing my financial goals, which I think is eminently possible. I also wanted to bring in more discussion of the practical concerns around tax and residency, which sometimes isn't covered as thoroughly as it should be.

To find out more about living in Ireland, refer to our