From Ireland to Portugal: Portugalist My name is James. I grew up in Ireland, although I’ve spent most of my adult life living in Scotland. I’m now based in Lisbon, Portugal’s wonderful capital city.

1.    Why did you move abroad?
A few years ago, my partner and I decided that we’d like to work as freelancers rather than in-house at a company. I was also scratching a never-ending itch to travel, and so we decided to combine the two and become digital nomads: we would work abroad, anywhere as long as there was an internet connection.
We initially spent almost a year living and working remotely in France, before spending time living in Spain, Portugal, Germany, and travelling around South East Asia.

After a while, we felt the need to have a base. Two places really appealed: Lisbon and Berlin. We went back to both and spent some more time in both, but in the end Lisbon was the city that won us over.

3.    How often do you communicate with home and how?
Usually once or twice per week via Skype or Facebook.

4.    What's your favorite thing about being an expat in Portugal?
The weather has to be up there. Having grown up in Ireland, and spent many years living in Scotland, I find it very easy to appreciate the sunshine. Just being able to go outside and walk around is fantastic, and a great way to break up a workday.

5.    What’s the worst thing about being an expat in Portugal?
Bureaucracy. I haven’t had to encounter it too much, but when I have it has always been confused and long-winded. It’s a fact of life in many countries, though, and a trade-off for the life you get in return.

6.    What do you miss most?
I miss online shopping, something which makes life incredibly easy. There’s no such thing as Amazon.pt here. If you want to buy something, you either have to order from Amazon UK or Amazon US or do it the old-fashioned way and actually leave your house.

Although you don’t get the same selection or deals, having to go out and shop in a physical store is probably quite a good thing for someone that’s new to a city. It gets you out meeting people and speaking the language rather than just sitting at home.

(I get asked a lot about using Amazon in Portugal and have written a small guide here.)

7.    What did you do to meet people and integrate in your new home?
I usually have at least one hobby on the go. I like running, and there’s a good running meetup in Lisbon. I’ve also taken yoga classes before, as well as language tandem classes. There are also now some good meetups for other freelancers in Lisbon, something that didn’t exist a few years ago when I first moved there.
Meetup.com is a good site for finding other meetups. Most cities now have Facebook meetup groups, so it’s worth having a look through those to see what’s on in your area.

8.    What custom/ habits do you find most strange about your adopted culture?
In Portugal, you address people with certain respected professions differently. Doctors are addressed as “Senhor doutor” and engineers as “Senhor engenheiro”, for example. I’m quite an informal person, and most English-speaking countries are fairly informal, so this took a bit of getting used to. Maybe I’m just bitter that nobody addresses me as “Senhor freelance writer”.

9.    What is a myth about your adopted country?
That’s an interesting question, because it highlights how little is known about Portugal. Everyone knows stereotypes about the Germans, Irish, and Americans, for example, but the Portuguese tend to quietly fly under the radar. So, there aren’t really myths or stereotypes about Portugal because very few people know much about it.

10.    Is the cost of living higher or lower than the last country you lived in and how has that made a difference in your life?
The cost of living is lower, although Lisbon (and Portugal in general) isn’t as cheap as it once was. A lower cost of living definitely makes a difference when you’re a freelancer and you don’t always know how much your next paycheck will be.

Aside from rent and utilities, most of my monthly expenditure is on food. Both groceries and eating out tend to be very affordable in Portugal, at least in comparison to the United Kingdom and Ireland.

11.    What advice would you give other expats?
I would definitely recommend that you begin learning Portuguese (or whatever language your chosen country speaks) as soon as possible. Every new word or phrase you learn really ends up making a difference. The sooner you have the language, the sooner you can really begin to integrate. 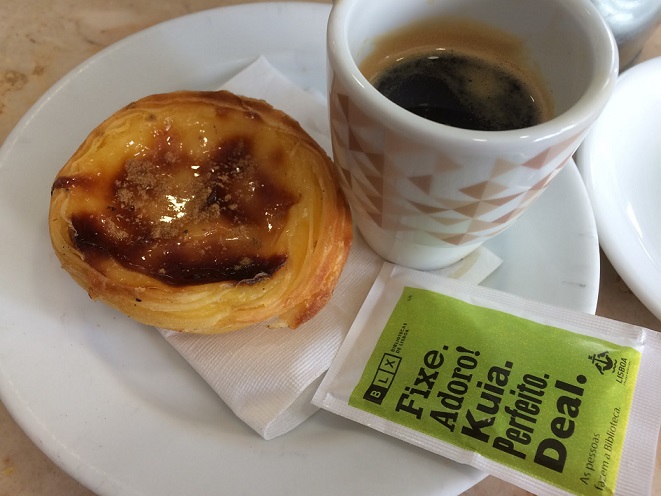 12.    When and why did you start your blog?
I started Portugalist because up until recently there hadn’t been much written about Portugal, both for people visiting and people living there. I was learning a lot about Portuguese culture, and I felt like it was worth me sharing that information with others.

I’ve been meaning to start to blog for around four years, but it wasn’t until around a year ago that I actually started blogging properly.

To find out more about living in Portugal, refer to our