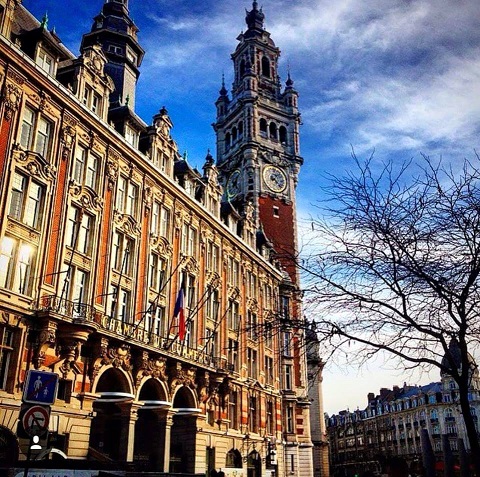 1.    Why did you move abroad?
I was dreaming of moving abroad ever since I was a child. I was not specifically wanting to move to France, but last year, I was lucky enough to get a job as a Japanese teacher in France. I took French as my minor in university and I knew a great deal about French culture and French language, so I didn’t take time to say YES to the job offer. Also, my French boyfriend (who used to work in Asia) got the current job at almost same time as my job offer, we decided to move (move back for my boyfriend) to France.

2.    How do you make a living?
I work for a school and I teach Japanese mainly to 10-12 year old half-French, half-Japanese children as their first language (heritage language). Not only Japanese language, as some of the kids have strong attachment to Japan/Japanese culture, I also teach them Japanese culture and how to behave in Japan, the same thing they are teaching in elementary school in Japan so that in the future if they get to live in Japan, they do not have problems.

3.    How often do you communicate with home and how?
I am used to living alone so I do not skype with them so often (twice or three times a month, usually), however, I text my family on a biweekly basis. My family is very interested in French culture and my experience in France, so I share photos and videos and every time I go on a trip, they are the first ones who receive pictures!

4.    What's your favorite thing about being an expat in France?
The people I have met. I have heard a lot of negative things about French people such as rude, unfriendly, however, people in the north of France are quite opposite. They are very welcoming, warm-hearted, friendly and very open-minded. I really appreciate it because as I am a foreigner, I can easily find myself alone and there are innumerable things I cannot handle alone, but here in the north, I feel very secure, thanks to all the nice people I have met.

There is even a saying in French, ‘if you come to the north, you cry twice; when you move to the northm(because it is middle of nowhere) and when you leave the north (because there are such nice people)’ so I am totally in love with this region because of the people !

5.    What’s the worst thing about being an expat in France?
Administration….I always have problems with French administration.  I know rules are rules, however, coming down to an immigration office 4 times to get my work permit was tough. Every person I talked to was giving me different information and I had to go every single section in the office. (we call this kind of situation in Japanese ‘passing around a basin’ haha) And this kind of things happen all the time. If you do not talk to the right person, meaning someone who is fair and knowledgeable, you end up wasting your time…

6.    What do you miss most?
This might be a weird answer, but I really miss Korean food ! In France, you can find a very good Asian restaurants or sushi restaurants, but it is hard to find an authentic Korean restaurant!

Sometimes I miss talking in dialect. When I am teaching, I have to speak in ‘standard’ accent but I am from the center of Japan where we have a very unique local dialect which is almost like a different language. So, sometimes I really miss using verbs and expressions that nobody but people from my region understand. I have never thought I would miss speaking in dialect this much!

7.    What did you do to meet people and integrate in your new home?
First thing I did was to create an account on penpal websites and language exchange websites and looked for people I could meet up with.  Although I have colleagues to work with/hang out with from the beginning of my stay, I wanted to make French friends to of course learn French and to widen my friend’s circle.  After all, I met 3-4 penpals in person and friends’friends became my friends!

8.    What custom/ habits do you find most strange about your adopted culture?
There are a lot actually!  When I just arrived, I was a bit uncomfortable every time I had to do la bise (peck on the cheek to greet). Now that it’s been a year since I moved, I am used to it and I’m kind of starting to like it !
And sarcasm is one of the things that I have been trying to get used to.  I don’t know if it is because I am Japanese or I am just too sensitive, but I tend to take things literally and it confuses me. I should keep working on it ! haha

9.    What is a myth about your adopted country?
One of the well known myth about France I was told was that French people are rude. I used to think it is true, but after a year living in France, interacting with French people, they are not ‘rude’ but more like ‘honest’ and ‘direct’. For us, Japanese, we would prefer to say things indirectly so I understand why people told me so.

10.    Is the cost of living higher or lower than the last country you lived in and how has that made a difference in your life?
I think the cost of living in France and in Japan doesn’t make much difference. If I had to compare closely, some fruits and bread are cheaper in France and some vegetables are cheaper in Japan. BUT there are so many allowances from the government in France that helps me a great deal!

11.    What advice would you give other expats?
Be open-minded to differences. Cultural differences between France and Japan are quite huge and I learned that I should not look at French culture with my Japanese eyes. When you see something unusual, it is better to step back, take a moment and think before misunderstand it, and ask what it really means in the culture you’re adopting in. 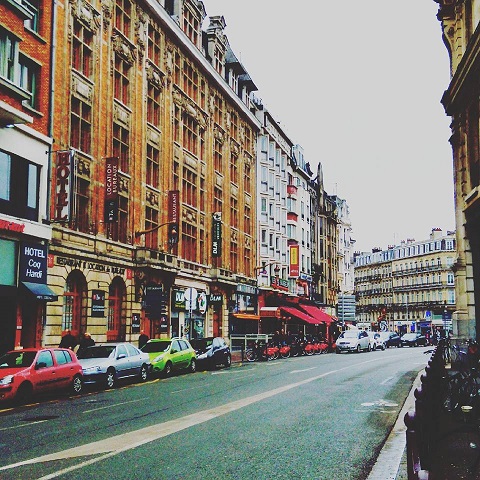 12.    When and why did you start your blog?
I started my blog a year ago. At first, it was just to let my friends know that I am doing okay and enjoying my life, but I have noticed that my blog caught a lot of viewers from those who are interested in France or French language, so my blog shifted from ‘a blog to learn nozomi is alive’ to ‘a blog to introduce French culture and language’.

I have been focusing on writing in Japanese as my readers are 80% Japanese, but I will try to start writing in English from now on to practice my English and also meet other expats ;)

To find out more about living in France, refer to our