From Switzerland to NYC: Food Etcaetera 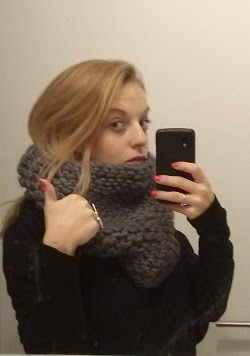 My name is Amy (Food Etcaetera on the Internet), and I moved from the French part of Switzerland to New York City two years ago.

1. Why did you move abroad?
My husband got the opportunity to be transferred from his job in Zurich, Switzerland, to New York City. We had lived there for 6 months in 2013 – and absolutely loved it - so we didn’t think much before starting to pack our stuff.

2. How do you make a living?
I was lucky enough to get (or clever enough to ask for) one of the only spouse visas which allows the wifey to work in the United States. I waited a few months before getting it and after that, I was authorized to work for any company in the United States. I explored a few opportunities and I now work as a brand creative, managing visual projects for a big American fashion brand.

3. How often do you communicate with home and how?
I text with my closest friends and family almost every day, as we try to stay as involved as possible in each other’s lives. Social media are also a good way to stalk stay in contact with people abroad. Fun fact, my grandmother, 77, just got her first smartphone and learned how to use WhatsApp, so we could have a more regular contact. We are now video calling each other several times a week and sharing pictures and emoji’s every day.

4. What's your favorite thing about being an expat in New York City?
That heady feeling that if you put enough effort in it, pretty much everything is possible.

5. What’s the worst thing about being an expat in New York City?
The fact that, precisely, you need to put an extra effort in every single thing. Want a good job? You better fight for it every minute of every hour. Want to get groceries? You’ll be surrounded by dozens of stressed and cranky people, and you’ll have to fight for the last piece of cheese. Want to go to the restaurant? Here is the line, you’ll be seated in about 1 hour. Nothing is easy here.

There is also that weird feeling, mix of guilt and regrets, knowing that you’re missing things, from everyday details and anecdotes, to seeing your friends getting promoted, meeting and marrying their special ones and having babies.

6. What do you miss most?
Besides my friends and family, I have to say the food. A good piece of inexpensive cheese, or a slice of cured meat from Les Grisons. And Swiss chocolate, oh, Swiss chocolate! Also – and I swear I never ever thought I would say that one day – but I kind of miss how easy and straight forward the Swiss administration is. (And this is coming from someone who was ALWAYS complaining about it back then, which gives you a hint of how bad things are here!)

7. What did you do to meet people and integrate in your new home?
I met a lot of great individuals through my blog (or theirs), as well as friend’s friends. Also, I met incredible people at work, and some of them are still really good friends. It’s really easy to meet people in this city, but always trickier to build strong friendships, probably because the American relationship “code” is utterly different from what European are used to.

8. What custom/ habits do you find most strange about your adopted culture?
This is basically what I am writing about every week on my blog, so I might as well just go with a list here ;)
But if I had to pick and choose, I’d say that weird relationship New Yorkers have with food: gluten free, vegetarian, vegan, paleo, raw, no carb, low carb, dairy free,… everybody has its own pickiness, but what surprises me most is the fact that, at the end of the day, they are two things that get everyone to agree: huge coffee and bottomless brunch!

9. What is a myth about your adopted country?
“The food portions are so much bigger in New York than in Europe” (or “fast food are fatter” or “drinks contain more sugar”). Food portions are bigger in other parts in America but in a New York restaurant, your plate contains pretty much the same amount of food than it does in Europe. And fast food chains are serving the same kind of food, nothing is bigger, nor fatter or doesn’t contain more sugar!

10. Is the cost of living higher or lower than the last country you lived in and how has that made a difference in your life?
Living in Switzerland costs more or less the same as it does in New York City… except for the rent. Apartments in Manhattan and gentrified neighborhoods in Brooklyn (and now starting in Queens too) are INSANELY expensive, and even though Switzerland is a pricey country, New York’s rent remains unbeatable.

I don’t really see any difference on an everyday basis, but we are saving less than we use to in Switzerland, probably because that chunk of the paycheck now goes into the indecently pricey apartment we rent in the East Village!

11. What advice would you give other expats?
Prepare yourself, visit the country, try to live as a local for some time before making the big move and think about all facets of living in the country (also consider the bad aspects you probably missed / ignored when you visited as a tourist.) People absolutely love New York, the lights, the busy streets, the big buildings, the 24/7 everything, but few of them realize what it is to live here, having to pay your bills, working 50 hours a week (best case scenario) and not being able to afford all the greatness the city has to offer. Don’t get me wrong, I love living here, but it’s a dog eat dog city, so you better get yourself ready. 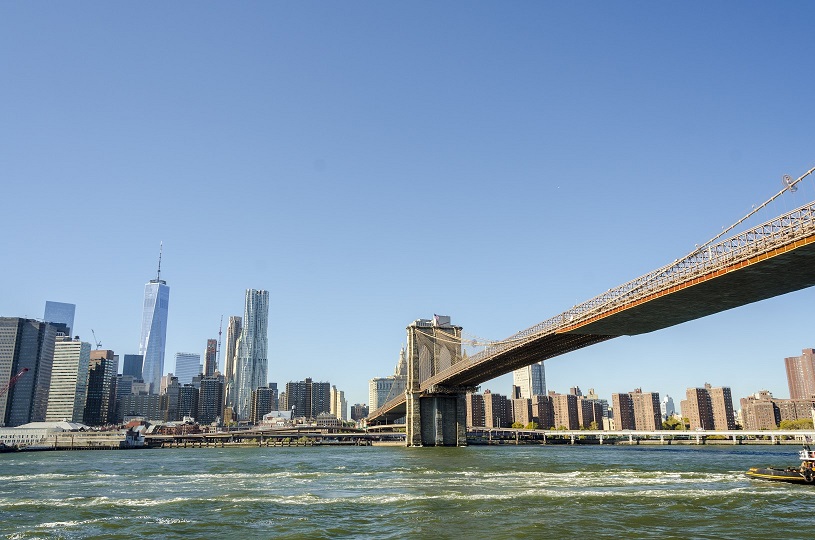 12. When and why did you start your blog?
I started back in 2014, as I was drowning into all administrative and logistics aspects of our upcoming move to the other side of the Atlantic Ocean.  At that point of my life, it was either setting my tribulations down on paper, or losing my mind. I chose the first option, and somehow kept myself together. I am also a foodie, a baker and a photographer, and blogging was the perfect way to share my passion with the world!

To find out more about living in New York, refer to our