From the UK to New Caledonia: Notes from Noumea 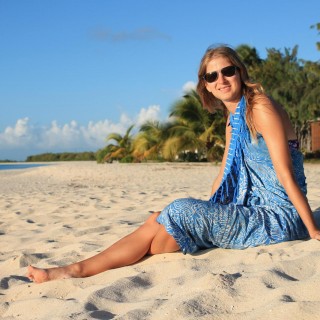 Hello everyone, my name is Helen, I am a Brit that has found herself living on the small, French, sub-tropical Island of New Caledonia (Nouvelle-Caledonie) in the South Pacific. My blog, NotesfromNoumea, chronicles my life here on ‘the Calliou’ (as it’s locally known), plotting the achievements, the frustrations and downright hilarities of living on the other side of the world.

1.    Why did you move abroad?
I moved abroad as my partner, Phil, was offered a job with an international organisation. At the time we were both living and working in London and one day he sent me an email asking whether I fancied swimming with turtles, as there was a job advertised on a tropical island. Well who would say no to that? This was the extent to which we discussed the matter until he was actually offered the job, several months later. We were given less than 2 weeks to decide and after a lot of soul searching, emotional torment and frantic googling of ‘expat depression’ I plumped for ‘Sod it – I will regret it if I don’t’. And here I am, two years later, living what was and probably is the best decision I have ever made.

2.    How do you make a living?
It is very hard to get a job in New Caledonia. Unemployment is at 20%, it is highly protectionist and without fluent French your options are rather limited. It was made very clear to me that working in New Cal, although not impossible, would be challenging to achieve. I quickly realised that my one marketable skill in NC was that I was a native English speaker, and utilising this would be the only path to employment. A mix of luck, determination and open-mindedness meant that within a week I had an offer of freelance work as a tour guide riding a little green train and the paperwork that would allow me to do this was completed within a month. After 11 months I was offered a fully contracted position as an English Teacher at the university and have just begun my second year of teaching. Adaptability was the key.

3.    How often do you communicate with home and how?
Modern technology is a fantastical thing. I WhatsApp friends and family whenever something interesting happens and use skype pretty regularly, although the 11+ hour time difference does add a certain level of complexity to this. I occasionally post on Facebook and have my blog as my more generalised way of communicating with home, which means I hopefully keep Facebook ‘this is my wonderful life’ posts to a minimum and people can take it or leave it (but please do not tell my grandma this – she still thinks it is solely for her and that the email alerts she gets are in advance of the rest of the world).

4.    What's your favourite thing about being an expat in New Caledonia?
New Caledonia is the most incredibly beautiful place. It is the once-in-a-lifetime honey-moon type destination with white sandy beaches, blue sea and coral reef in abundance. It is also the outdoor enthusiasts dream with hiking, mountain biking and all manner of water sports easily accessible. It also has great rock climbing which is awesome. My favourite thing therefore, is the ability to enjoy it. I live 100m from the sea. I can go swimming at lunchtime. The weather is pretty perfect year-round (with the exception of cyclone season) and we try and get out as much as possible and really experience this beautiful place.

5.    What’s the worst thing about being an expat in New Caledonia?
The worst thing about being an expat here is undoubtedly the concentration of zika and dengue-ridden mosquitoes and their ability to find and feed on me, even after the most extreme precautions have been taken. So much so, that I have written an entire blog entry detailing just how much I despise them. I have to coat myself in a layer of repellent every single sodding day, even during the cold season, and even then, the little gits still get me. Yes, of course this is an expected part of living in a tropical climate, but it does not make being bitten on the bum for the 500th time any less irritating or humiliating. Also the coffee is crap and there is no fresh milk – but I can live with these minor inconveniences.

6.    What do you miss most?
City life, international art galleries, British sausages, decent curry and of course friends and family.

7.    What did you do to meet people and integrate in your new home?
Integration can be difficult, as although we are learning French (we started at zero), we are still well off being able to have meaningful conversations that last for more than 5 minutes and go beyond solving problems and answering questions. This isn’t helped much by the fact we both work in English and have lots of expat friends who of course, speak to us in English (the expat community surrounding my partners workplace is very active and social). One of the things that has really helped me break out of this bubble was getting a job away from the expat community. This meant that I have made local friends and has also helped a lot with my French. We are currently actively pushing ourselves to rapidly improve our language skills, get to more events and places where we can make French-speaking friends and to integrate more fully in the local community.

8.    What custom/ habits do you find most strange about your adopted culture?
New Caledonia is an interesting place as it is a country of great contrast. The most striking being the clash between the French Metropolitan and Melanesian Pacific cultures. For example the French love their paperwork, rules and bureaucratic systems, but those that largely implement these systems tend towards a more relaxed Pacific attitude. The time it takes to get stuff done will very much depend on who you speak to and whether they like you, which adds an extra layer of complexity to every situation. Also the lack of Christmas (although the country is highly religious) and the rather lackadaisical approach that is taken to road safety are both perplexing.

9.    What is a myth about your adopted country?
That it is part of Canada, or Scotland or somewhere else entirely. To be completely honest, I wasn’t aware of its existence before the prospect of moving here was raised.

10.    Is the cost of living higher or lower than the last country you lived in and how has that made a difference in your life?
The cost of living here is really high, largely as it is a small island with weird laws that result in most of our imports come from France with a hefty import tax added (yes, I know – rather ridiculous, but it does mean we have good cheese and wine). However, we did used to live in London, so the cost of living is probably comparable and here we earn more and get quite a lot of ex-pat benefits, which make things a lot easier. Also we are seeing this whole experience as a temporary once-in-a-life-time opportunity, so have decided that we are not going to waste it by trying to save money and therefore not experiencing it properly. We are very lucky to be in a position to do this.

11.    What advice would you give other expats?
Come with an open mind. Certainly as a partner of someone that has come here to work you have to be really creative and adaptable to make your own way. It is also a society that relies heavily on knowing the right people and therefore I have learned valuable lessons about networking and working a room which have, ultimately paid off. 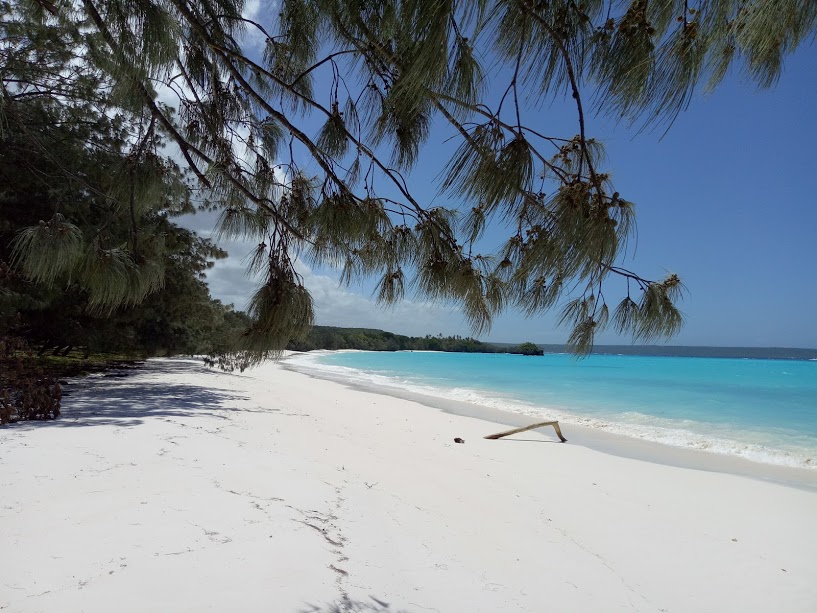 I started my blog about 2 months after arrival (it took us nearly that long to get access to the internet!). Initially it was to make sure my Grandma could easily access my photos (she didn’t do Facebook) but also to keep the ‘this is my sickening curated life’ type posts off Facebook and allow people that were interested to access it and those who weren’t to not.

I was also given the advice by people to write everything down so I could always look back and reflect. It turns out that I really love writing and is a great creative outlet for me. I am still utterly bemused that 100-odd people read my blog on a regular basis and that it also seems to have outside appeal to people that don’t directly know me (although it still appears that mine and my partner parents are my biggest fans!) I hope you enjoy keeping up with my antics and that I will meet you one day on a tropical island.


To find out more about living in the South Pacific, refer to our